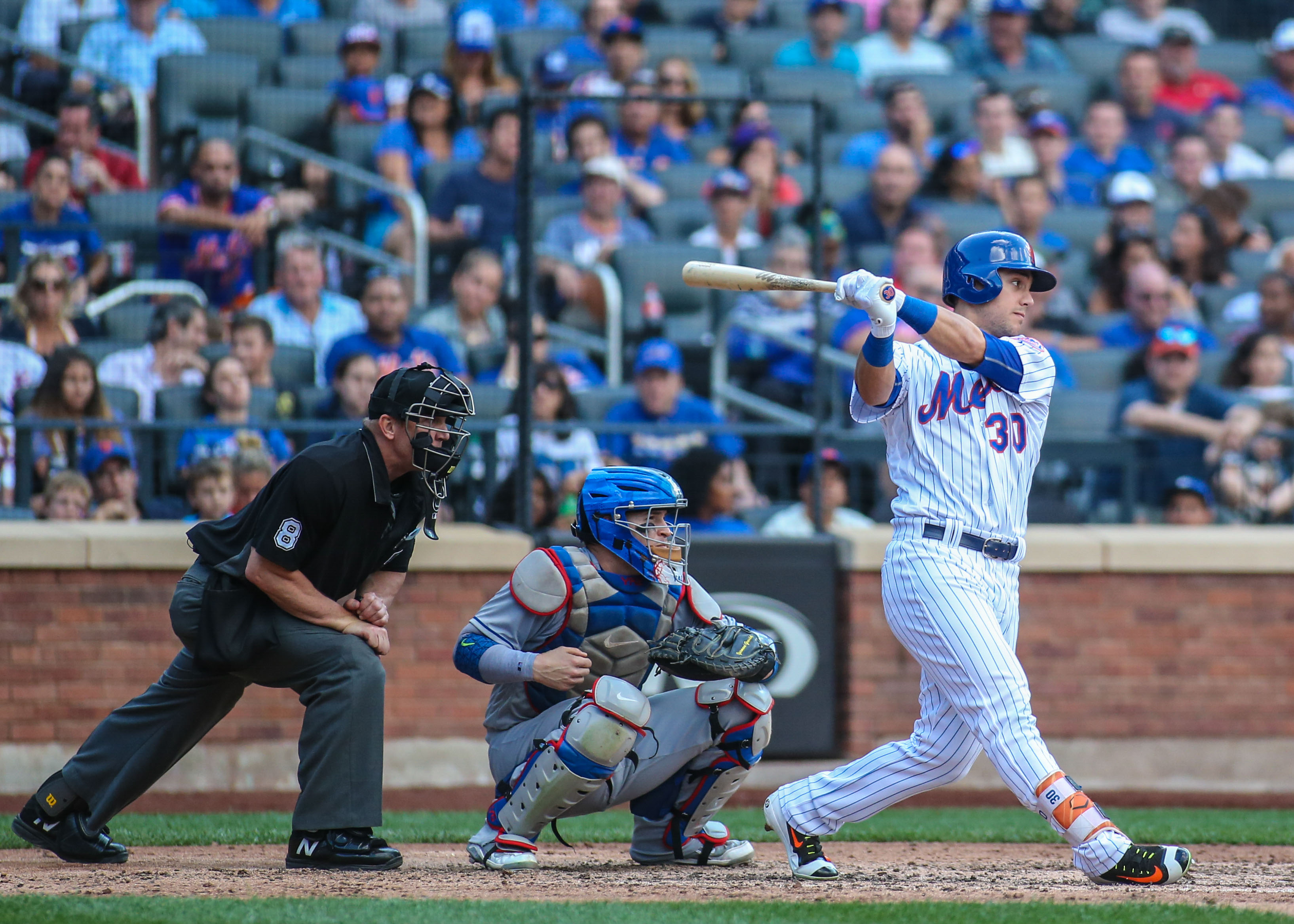 Even though the New York Mets were off yesterday, they saw some of their most important players get some good work in during a minor league scrimmage. Chief among them was outfielder Michael Conforto, who homered twice in a simulated game, Kristie Ackert of the New York Daily News reports. Conforto went 3 for 10 in his at bats, including a massive bomb off of top prospect David Peterson that landed on the berm in right field. The session prompted some optimism for a Mets’ official, who told Ackert that Conforto might not need to stay down in Port St. Lucie until May 1st.

The Mets have been cautious with Conforto all winter, dating back to when Sandy Alderson set that May 1st return date at the beginning of camp. Conforto has vowed to beat that timetable all along, and it looks like he could do that with how well he has progressed. There was even talk of getting Conforto into a Grapefruit League game, which Mets’ manager Mickey Callaway now says won’t happen due to a lack of time for him to reach that plateau. Conforto will stay in extended spring training when the Mets begin their season next week, but the odds are good that he could return in the middle of April.

The simulated games also saw Jacob deGrom toss another simulated game. deGrom threw 88 pitches, Ackert reports, which was his second to last tuneup before the season. The Mets threw all kinds of conditions at deGrom in the simulated game, including putting runners on base to force deGrom to work out of the stretch. deGrom passed the test with flying colors and is now slated to work in the Mets’ scrimmage with their Triple-A team on Monday. That leaves deGrom in line to start the Mets’ second game of the season on March 31st against the St. Louis Cardinals.