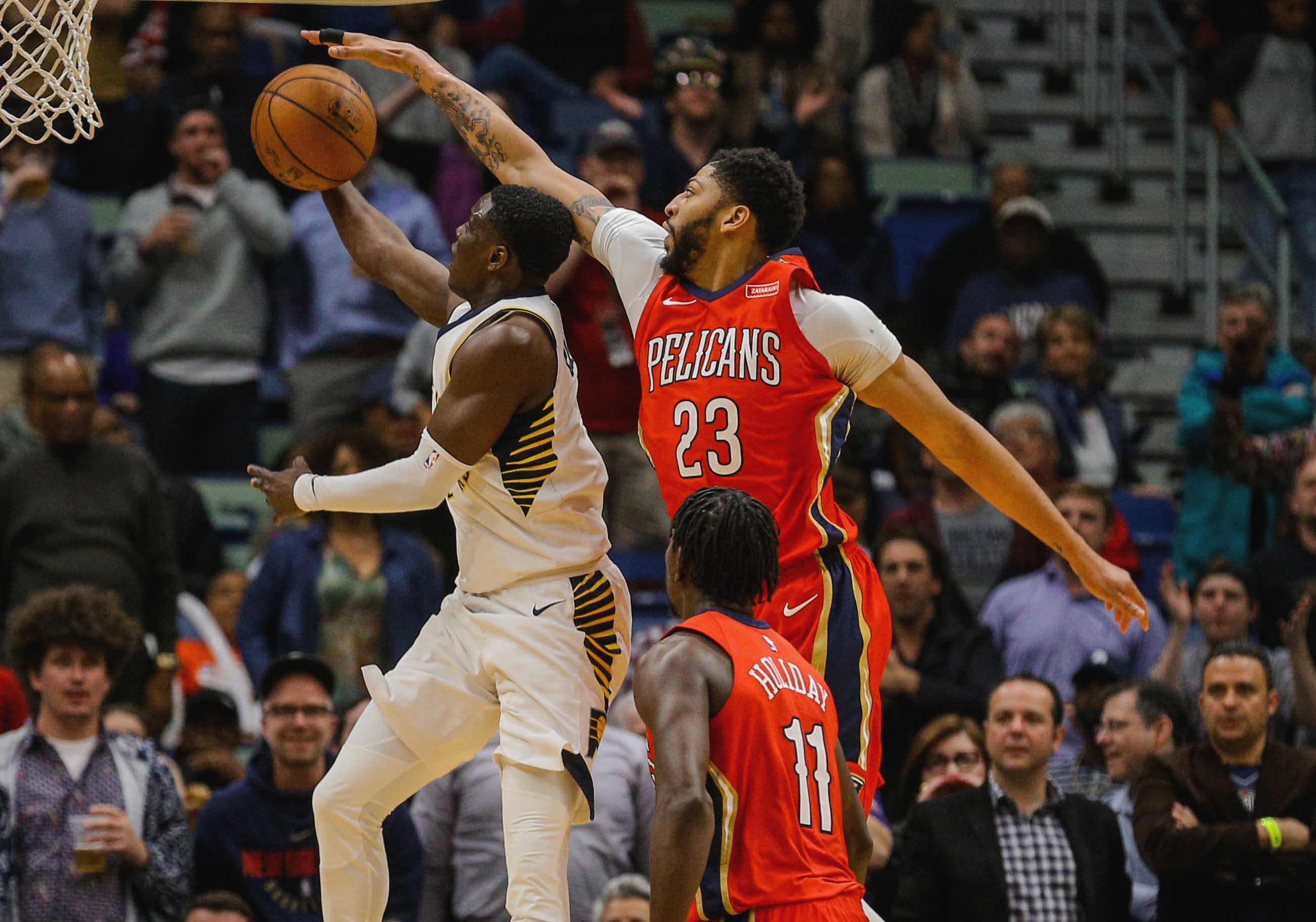 New Orleans,LA- The New Orleans Pelicans took on the Indiana Pacers in the 2nd of a back to back to back. The Pelicans playing the make up game that occured last month when the Smoothie King Center’s roof sprung a leak. The Pels in the midst of a tough stretch of games looking to keep pace in the west. The Pacers are a tough foe for New Orleans as both clubs records are identical & their style a play could pose trouble for the Pels.

The Pelicans weren’t exactly solid or fundamental in this one as they turned the ball far too much with 20 turnovers. The Pels did do a pretty solid job of not allowing top team scorer for the Pacers guard Victor Oladipo to explode for more than 21 points. New Orleans star Anthony Davis played solid as usual posting 28 points 13 rebounds 5 blocks on 9 of 14 shooting in 35 minutes. The potential MVP has been playing at a high level but he’s getting a lot of help from his bench. The Pels bench stepped up yet again to help seal this win both Nikola Mirotic & Cheick Diallo combined for 24 points to assist the starters.

The Pels guard Jrue Holiday returned from illness (flu) to help out defensively on Oladipo and added 10 points. Etwaun Moore burst out of his slump to score 23 points on 10 of 15 shooting in 34 minutes. Moore was a much-needed fire power for New Orleans who has to have other starters outside of AD to score the ball.

The game carried 17 lead changes & no team took the lead by more than six points. The Pelicans eventually were able to make enough plays in the final quarter thanks in large part to Anthony Davis to win 96-92. The Pelicans sweep The Pacers 2-0 in the season series & now have won 3 in a row.

The Pelicans are currently 5th in the Western Conference Playoff Race and a half game behind OKC for fourth. The team has to keep up the solid play verses the Lakers to gain further positioning, New Orleans is 2-0 against L.A. this year in the season series.