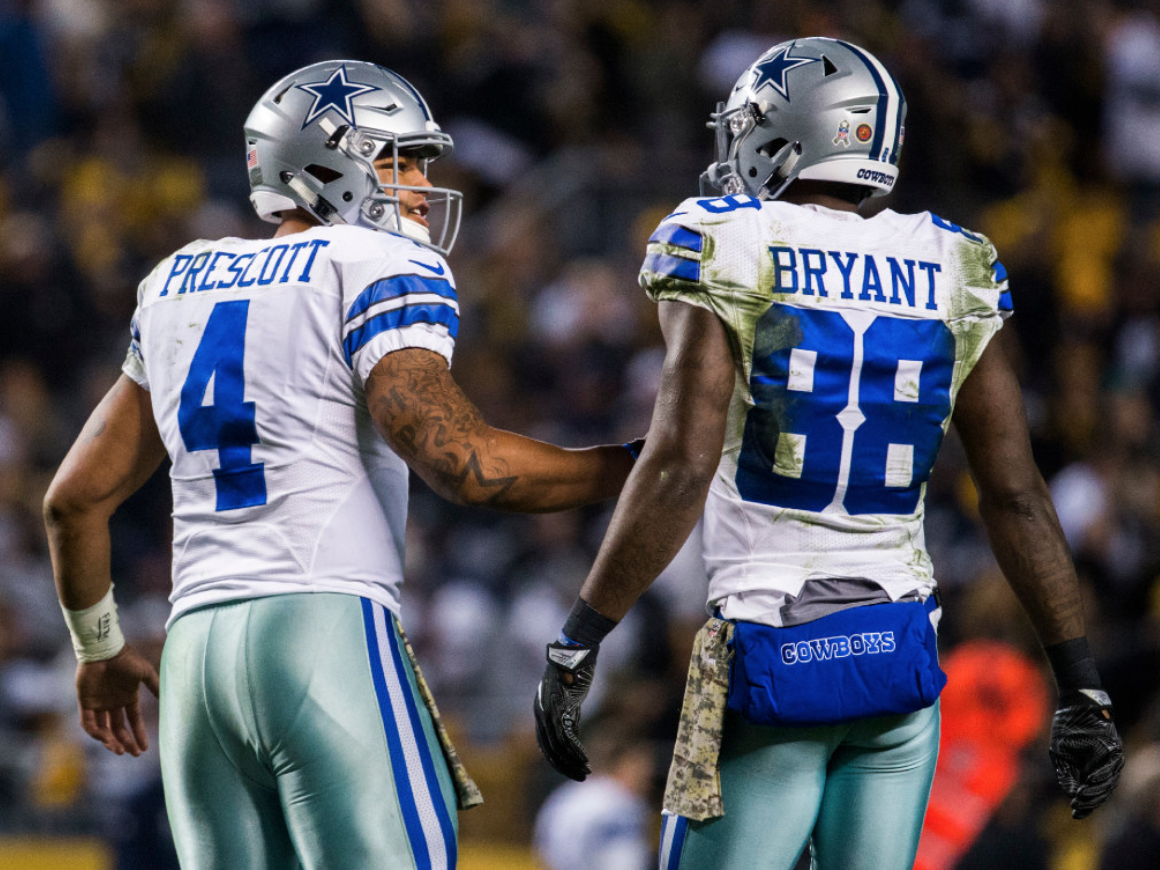 It’s currently unclear if the Cowboys will retain Dez Bryant for the 2018 season, but he’s remaining positive on social media.

Bryant, who is due to count for $16.5 million against the salary cap, could eventually be released by the team, but he’s still throwing his support behind his Cowboys cohorts.

Dak Prescott posted a photo on Instagram, and mentioned his supporters and haters in the caption.

“Blessed to Have Haters; Grateful for Supporters! Pick a side, either way I’m Thankful for you!” Prescott wrote.

Bryant replied to the post, and it’s clear that he falls in the “supporter” category.

“Nobody will understand what you do..nobody hate losing more than you…keep that bow tie tight and shades right.. confidence is intimidating to others…true king my brother…you should have no worries…captain” Bryant wrote.

Nothing but respect for Dak from Dez pic.twitter.com/dWHjl7GTii

It’s great to see the veteran throwing some support behind his quarterback. Bryant is saying all the right things, despite the fact that the team may not elect to bring him back this season.