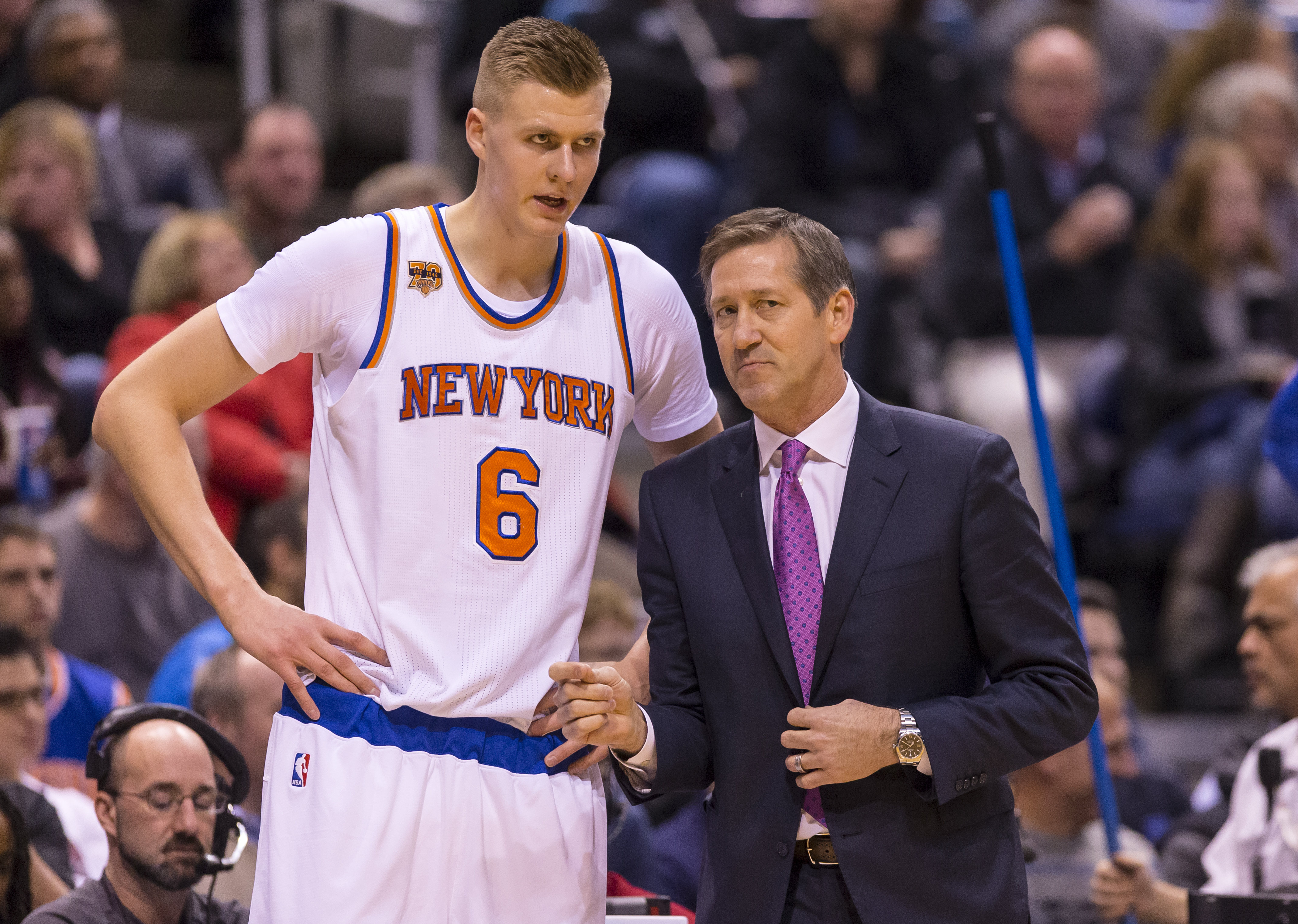 As the Knicks’ season continues to go further and further down the drain, Jeff Hornacek’s shortcomings as a coach are coming clearer into focus. His teams struggle mightily on defense, and a 26-46 record thus far could be cause for dismissal at the end of the campaign.

Then again, this is a team set to be without Kristaps Porzingis until the early goings of 2019 — at the very soonest. After tearing his ACL in mid-February, the budding superstar is most likely looking at a return timeline that should fall somewhere between the 9-12 month range. As much as they’d like to see him back on the hardwood, the Knicks aren’t going to rush his recovery at the risk of a premature setback. This could make it awfully hard to compete for a playoff spot next season.

With that in mind, how much better (if at all) would a new head coach do than Coach Hornacek under these circumstances? Advocating for the incumbent coach’s return next season should by no means make someone an apologist. Instead, it could just mean that by default, keeping him in the fold for another year is the most sensible option.

Hornacek is under contract through next season, which means the Knicks would be on the hook for $5 million if they decide to part ways now. The coach’s tenure hasn’t been easy: Phil Jackson was overbearing in year one and injuries to Porzingis and Tim Hardaway Jr. slowed this club down in year two. In the spirit of continuity, it might be worth allowing Hornacek to see things through with a bit more momentum on his side.

Looking at the alternatives, there’s no guarantee that another coach would do so much better with this roster, sans Porzingis. As a former Knick, Mark Jackson would be a favorable pick amongst fans. But he’s been out of the coaching game for a bit and his Warriors teams didn’t exactly make much noise in the postseason. Though Doc Rivers has an NBA championship on his pedigree, that Celtics team saw three of the game’s best stars come together to win big. He’s bolstered his reputation with the transitioning Clippers this season, but as it stands, reeling him back to the Big Apple might be a long shot anyway. Other candidates like Jerry Stackhouse and David Fizdale (though as intriguing as both may be) are more unproven than Hornacek as an NBA head coach.

There are a couple of things (though perhaps not as many as he may prefer) that still fall in favor of Hornacek seeing his contract through. When given a fair shot, he did find relative success with Phoenix and began to do some very good things with the younger Suns. In New York, the Knicks displayed promise when healthy. Hornacek had initially found a healthy balance between developing  prospects, and allowing his veterans to still make worthwhile contributions. Courtney Lee was having a career-best offensive year heading into the month of March. Jarrett Jack was the amazing comeback kid through 57 games, and Lance Thomas found consistency after earning Hornacek’s trust. Enes Kanter has also gone on to have a career-year after reuniting with his former Jazz assistant coach.

To some, Hornacek may be considered “Phil Jackson’s guy” after the former executive hired him. But in reality, Hornacek has his own philosophy around an uptempo offense. He and General Manager Scott Perry also share an agent, which could be a plus. Hornacek’s Knicks teams have undoubtedly had their defensive woes. Perhaps there’s a way to pivot before pulling the plug on the head coach. Kurt Rambis has greater ties to Jackson and has widely been perceived as being responsible for the defense. Replacing him may be a better initial idea. Options could include former Knick assistant Andy Greer, or another defensive-minded up and comer like Raptors’ assistant Nick Nurse. Whereas Greer enjoys his role as an supportive staffer (he’s currently with the Timberwolves), Nurse is widely considered a future head coach. Bringing him on board could put the necessary pressure on Hornacek to succeed, all while actually supporting him in the meantime.

Hornacek is the Knicks’ fourth head coach in the last five seasons. There’s clearly been too much turnover. How can anyone be expected to succeed? He was signed to a three-year deal and should be given the opportunity to prove his worth over that same duration. After all, with Porzingis out, a new voice probably won’t fare much better. Hornacek’s advantage is that he has familiarity with the players and he should be given the chance to leverage that next season.