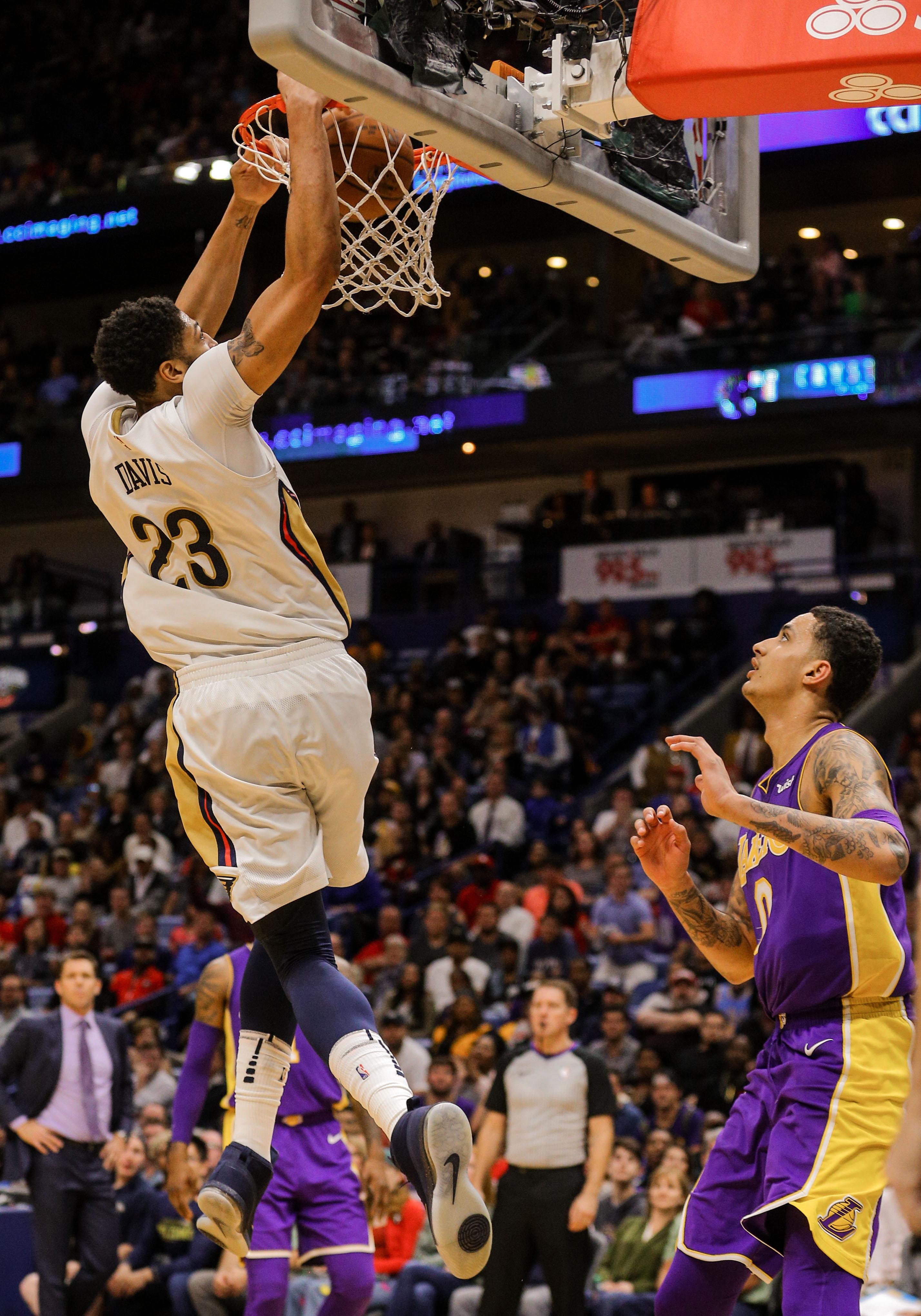 New Orleans,LA- The New Orleans Pelicans hosted the Los Angeles Lakers in the last of a back to back to back. The Pelicans have had a grueling stretch of games of the past five contests but its showing you the will of the team. The Pelicans looking to finish of the five home game stand with a win over the Lakers. New Orleans were running on fumes but were absolutely determined to win the game coming out running with L.A. This game wasn’t for anyone who is interested in watching defense as neither of these teams played.

The Pels star Anthony Davis had an excellent game once again posting 33 points 9 rebounds on 12 of 20 in 37 minutes of play. The Pelicans went back & fourth with the Lakers until late as New Orleans pulled away, scoring 31 while holding LA to 17 into the fourth. New Orleans defense was there in spots but it showed in the final quarter. The Pels handled business closing out a really difficult stretch of games with an exciting win over Los Angeles 128-125, going 4 straight wins & sweeping the Lakers 3-0 in the season series.

New Orleans shot 55% from the field but a lowly 25% from beyond the three-point line. New Orleans also held the turnovers down with only 8, they had 28 assists & a brutal 80-48 points in the paint battle. There were also other Pelicans that contributed in a major complicity such as Jrue Holiday with 26 points and Rajon Rondo 24 points with 10 assists.

New Orleans (43-30) have won four in a row, finished the five game home stand 4-1 and are currently fourth in the Western Conference Playoff Race. The team deserve some time off as they have found their winning ways once again. The Pelicans next game is Saturday night versus the Western Conference leading Houston Rockets led by MVP candidate Jame Harden. The Pels have guts and play with heart they’re severely focused on the Playoffs ahead. If you are a New Orleans Pelicans fan you should be proud of your team.