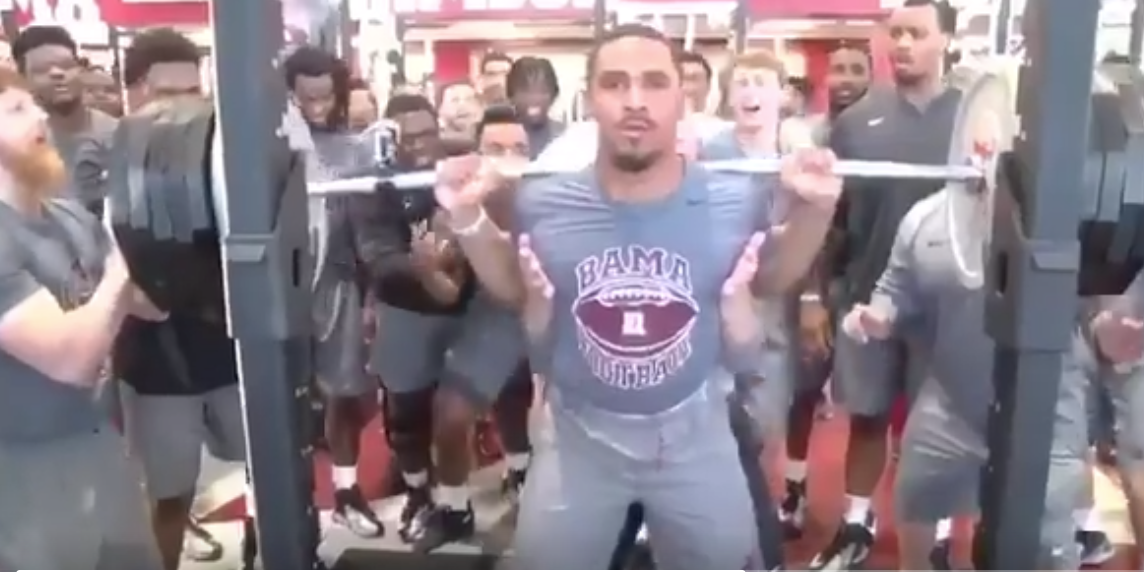 Alabama quarterback Jalen Hurts showed just how strong he is in a recent weightlifting video which has since gone viral.

Hurts is known for his running ability, and he can make opposing players pay if they break contain. We now know why, after watching Hurts flaunt his lower body strength by lifting a considerable amount of weight.

The Alabama quarterback approached the squat rack, with his teammates and strength and conditioning coach Scott Cochran gathered behind him. He then squatted 600 (!) pounds, which fired his teammates up.

If the season were to start today, Hurts would likely be the team’s starting quarterback, as Tua Tagovailoa broke his index finger on his throwing hand earlier in the week.