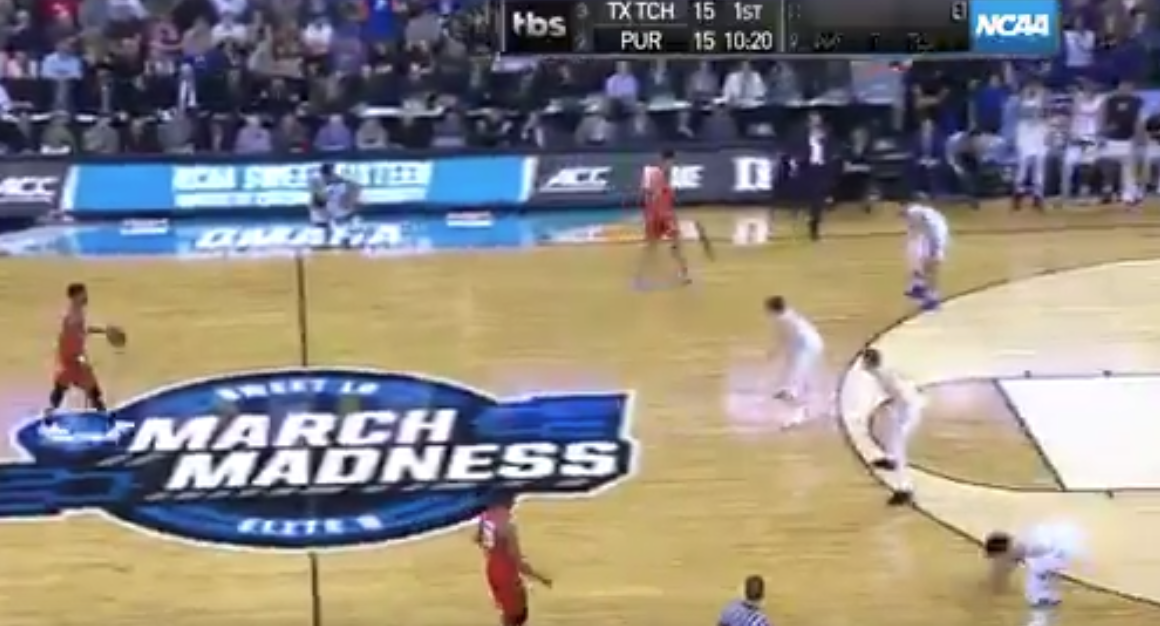 Duke is known for its 2-3 zone, which requires a bit less energy and instincts than playing man-to-man.

Yet for some reason, the Blue Devils players attempted to mock the Orange during Friday’s Sweet 16 matchup by pounding the floor at one point.

The gesture didn’t go over well on the Blogosphere, as the Blue Devils were trolled for the gesture.

Floor slap while playing a zone: The same standing around as usual, but with more intensity.

Duke slapping the floor while playing a God damn Zone is a FELONY #ImTriggered pic.twitter.com/xrRpDpADQp