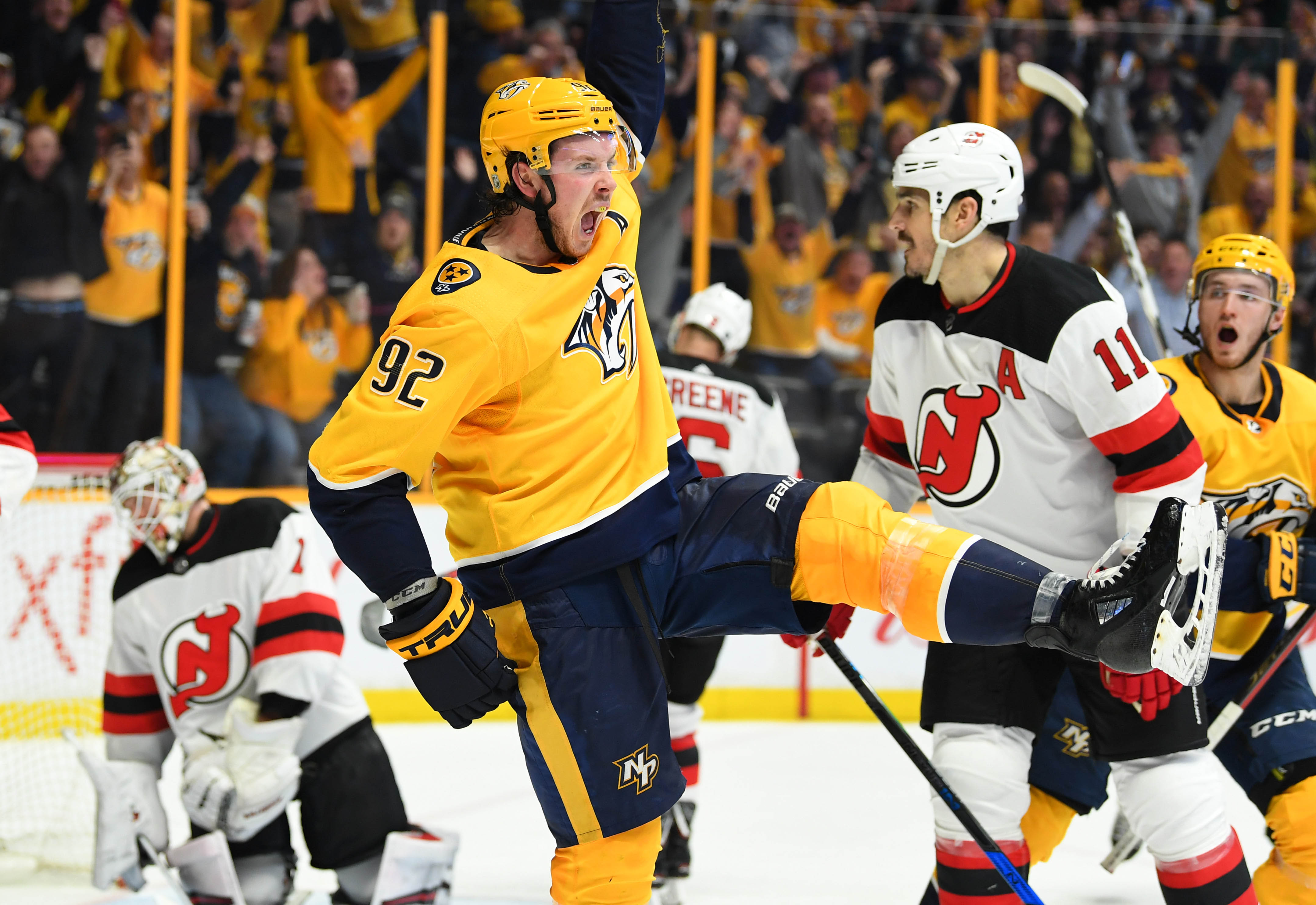 I remember a line from the movie Miracle where Herb Brooks told his players that if they manage to score a goal on Soviet goaltender Vladislav Tretiak that they should keep the puck.  Playing against the Nashville Predators is kind of like playing against that Soviet team.  Defensively stingy but with a potent (and deep) offensive attack.  They are strong, fast, skilled and battle-tested, the Predators seem to be lining themselves up for another long post-season run as they sit atop the Central Division.

At first glance you might look at the player statistics and think the match up looks fairly even between the Minnesota Wild and the Nashville Predators.  But a closer look demonstrates the Predators basically roll 3 solid scoring lines while the Wild barely roll 2 scoring lines.  Led by Swedes Viktor Arvidsson and Filip Forsberg the Predators have lots of secondary scoring in Ryan Johansen, Kyle Turris, Craig Smith, Kevin Fiala, Calle Jarnkrok, Austin Watson, Nick Bonino and Scott Hartnell all of whom who have at least 10 goals this season.  Turris was a savvy early-season trade by Predators GM David Poile and he has been the force multiplier in giving Nashville a potent 2nd line.

The Predators also get a lot of offense from its blueline with 3 defenseman; P.K. Subban, Roman Josi and Mattias Ekholm with 10 or more goals each.  Ryan Ellis is back from injury and helps make the Nashville blueline arguably the best in the league.  Matt Irwin and Alexei Emelin help make the Predators a pain to play against with their physical style.  Between the pipes, both Pekka Rinne and Juuse Saros have both been very solid this season as the Predators lead the NHL with 11 shutouts between them.  Remember what I said about keeping the puck if you score on this team?

My guess is Rinne gets the start tonight against the Wild, but having clinched a playoff spot I could see Nashville also give him a rest in favor of Saros.  With a tough back-to-back in the Predators tonight and the Bruins tomorrow I think we’ll see Dubnyk get the start against Nashville.

The Wild have had most of the week to contemplate the pain of throwing away a late 3rd period lead to lose 4-3 in overtime to the Los Angeles Kings on Monday.  How will this team respond knowing full well its final stretch of games are a gauntlet of likely playoff bound teams is anyone’s guess.  One would hope the team understands the urgency and the seriousness of these game and is as focused as ever, especially as the space between the Wild and its Central division peers have tightened the last few days.

Minnesota hopes to re-ignite the Jason Zucker, Eric Staal and Mikael Granlund line and hopes the improved play of Charlie Coyle and Zach Parise can perhaps spark Mikko Koivu to be more of a factor offensively.  The Wild hasn’t had much in the way of scoring beyond this group of players the last month and it’d be great if Nino Niederreiter, Joel Eriksson Ek or Matt Cullen could surprise us with some offense.  It will be interesting to see if the Wild give Tyler Ennis a chance or they give Zack Mitchell the spot on the 4th line due to the fact he’s better suited as a grinder in addition to his ability to play on the penalty kill.

Defensively the Wild have to be better.  Matt Dumba has to put Monday behind him where he was on the ice for 3 of the 4 Kings goals including the game winner in overtime.  He has to be more focused in the defensive zone.  Dumba along with Ryan Suter, Jonas Brodin and most likely Ryan Murphy will get a fair amount of time against the Predators top two lines tonight.  Nick Seeler and Nate Prosser will probably round out the Wild’s blueline tonight, and will need to play smart and avoid taking stupid penalties.  So what else must the Wild do to win this evening?

What do you think will be important in order for the Wild to secure a victory this evening?  Let us know on Twitter @CreaseAndAssist or in the comment section below!