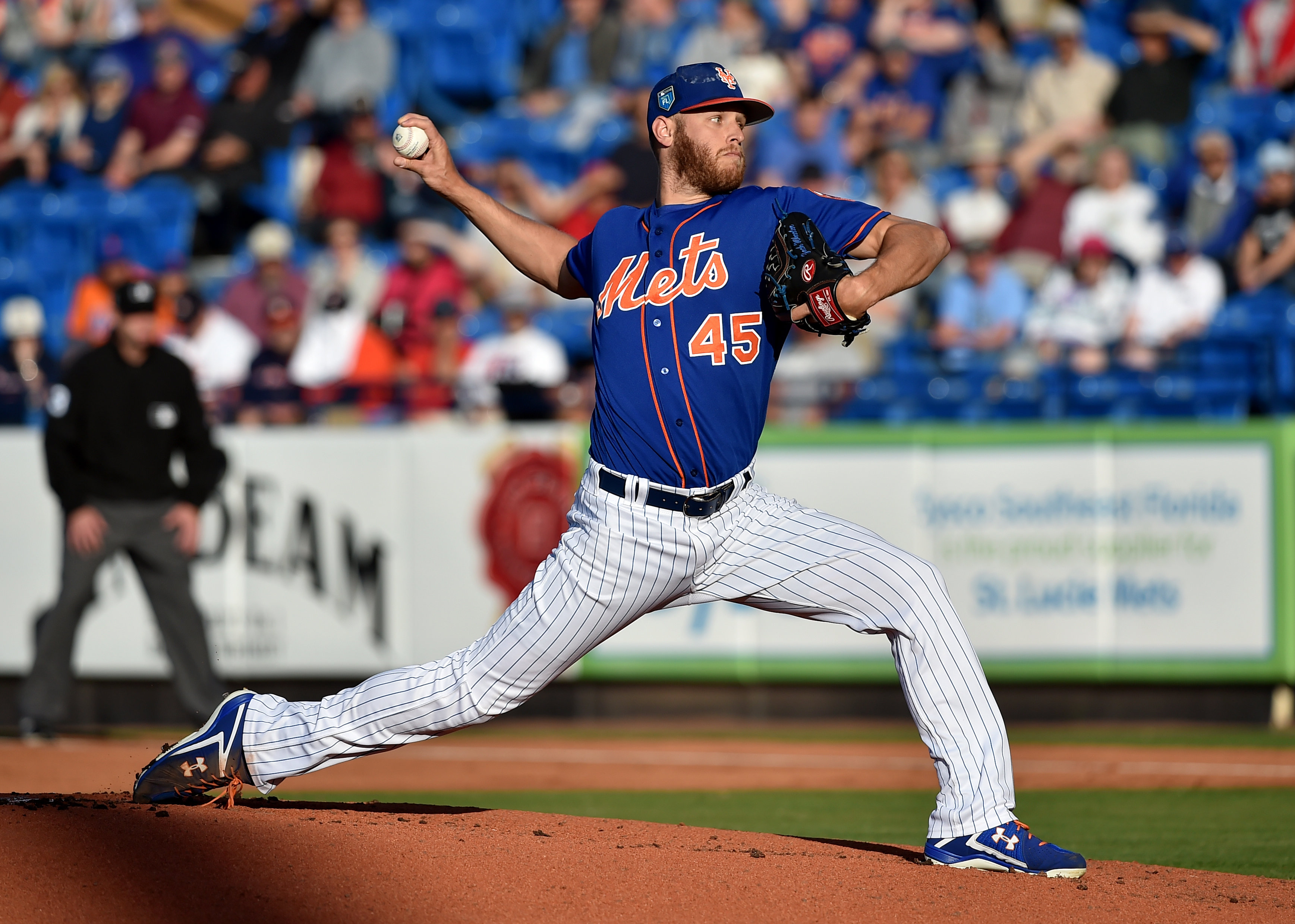 It turns out we may have jumped the gun by declaring that the New York Mets’ fab five would finally complete a turn through the rotation. Even though Jason Vargas’ fractured hamate bone opened the door for Zack Wheeler to claim a spot on the Opening Day roster, Wheeler coughed it up with another poor performance against the Washington Nationals on Thursday night. The Mets dropped the hammer this morning, sending Wheeler to the minor leagues, MetsBlog.com reports. This decision means that Seth Lugo will claim the final spot in the starting rotation, which he is expected to hold until Vargas returns from the disabled list.

Wheeler’s final spring stats were as follows: 10 Innings Pitched, 22 Hits, 9 Earned Runs, 2 Walks, 14 Strikeouts, 8.10 ERA. None of those numbers are worthy of a rotation spot, and the Mets also bypassed the bullpen for Wheeler, instead opting to send him to Triple-A Las Vegas where he can work on improving his efficiency. This also ensures that Wheeler can stretch out as a starter, giving the Mets rotation insurance in case of any further injuries. It will be a tough pill for Wheeler to swallow, but his performance this spring simply didn’t justify a spot in the rotation. Lugo, who will be the Mets’ fifth starter for now, easily out pitched Wheeler by working 15.2 innings with a 2.87 ERA, 0.96 WHIP, and 17 strikeouts in seven appearances (one start).

This decision is also a tremendous positive for the new coaching staff led by manager Mickey Callaway and pitching coach Dave Eiland. Wheeler may have been the favorite for a rotation spot once Vargas got hurt, but his poor performance actually cost him that chance. This sends a strong message of accountability to the players, who often got very long leashes under Terry Collins’ watch over the past several years as the veteran skipper wanted to “get guys going”. Wheeler will have an opportunity to pitch his way back into the big league rotation, but he will have to earn his chance with a strong showing in the minor leagues. That is the way it should be, and it shows the other players that the new Mets won’t accept mediocrity.