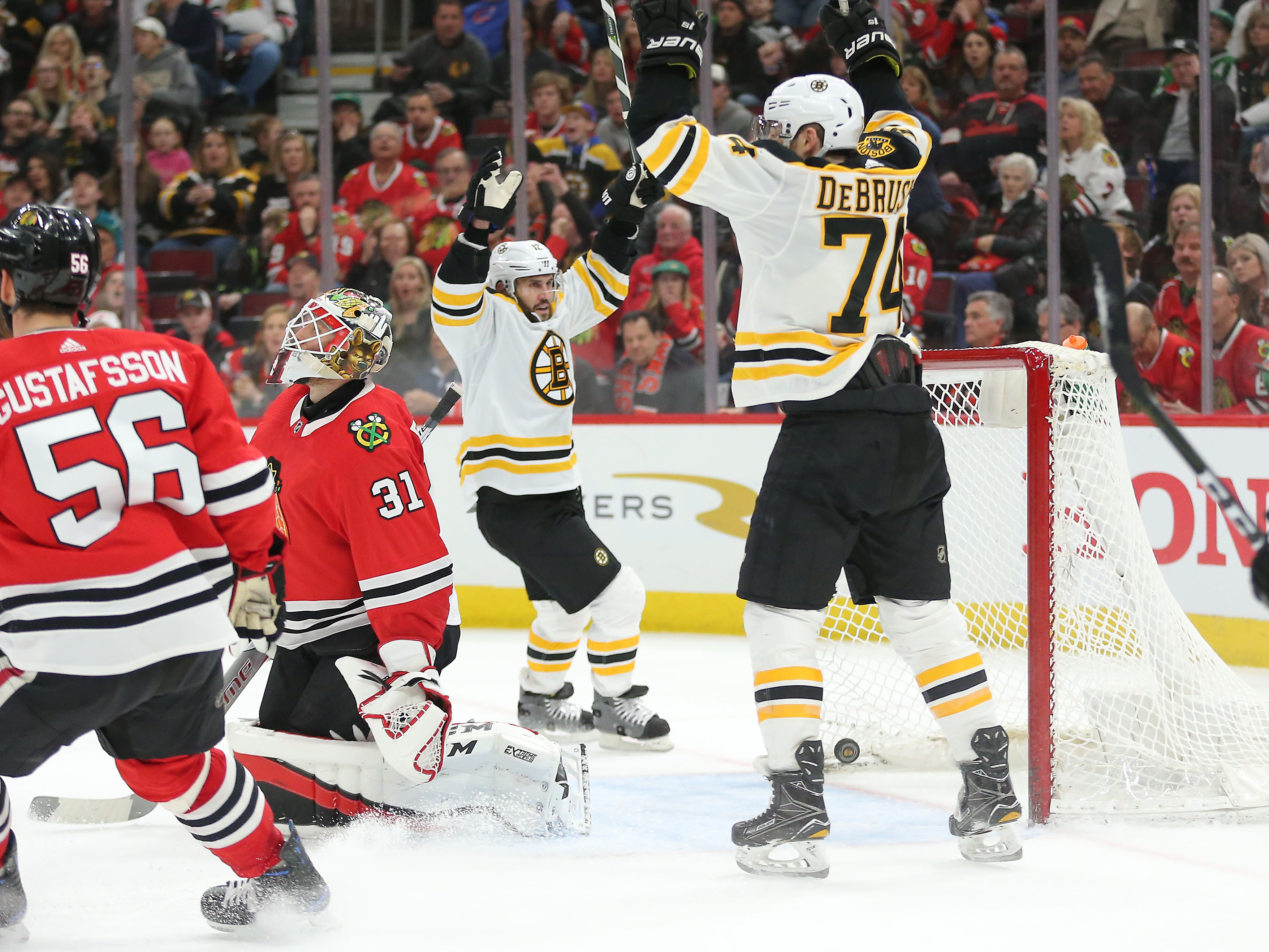 ‘March Madness’ is normally a reference to the NCAA Men’s basketball tournament as friends and co-workers fill out brackets and perhaps throw a few bucks in hoping to win a big payday.  I haven’t filled out a bracket in years.  NHL fans know their version of ‘March Madness’ is that final push for the playoffs and with so many teams in both Conferences bunched together it causes all fans to do their share of scoreboard watching.

The Bruins are playing some of their best hockey lately, going 6-2-2 in their last 10 games.  Boston has plenty of firepower led by superpest Brad Marchand and sniping winger David Pastrnak.  Marchand may not be the fastest skater but he has tremendous instincts and he has that knack on knowing just where to be.  I remember a long while back when I used to listen to Cape Breton games in the season after we drafted James Sheppard.  In one of their early playoff series’, the Screaming Eagles played the Moncton Wildcats.  The player I kept hearing about all game long was Marchand.  He was everywhere and was a terror on skates who could light the lamp and drive you crazy.  I remember hoping the Wild would draft Marchand, but unfortunately the Bruins pulled the trigger in the 3rd round back in 2006. Pastrnak is speedy sniper and on a line with Marchand the Bruins have a pretty dangerous top line as as Patrice Bergeron returns.  Bergeron is arguably the most well-rounded player in the NHL.

Like the Nashville Predators, the Bruins have a lot of scoring depth as David Krecji, Riley Nash, Rick Nash, Jake DeBrusk, Tim Schaller all have at least 10 goals making Boston difficult to match up against.  The Bruins have an attack based more on speed than being a burly heavy club as they have in the past.

Boston does have its share of injuries as they are without gritty power forward David Backes, and offensive defensemen Tory Krug and Charlie McAvoy.  The blueline injuries may have sapped much of the offensive punch but they are a group that is mobile and doesn’t mind being physical.

Between the pipes, Tuukka Rask has had a fairly solid season and will likely get the start with the Bruins trailing 1st place Tampa Bay by just 4 points with two games in hand on the Lightning.  I know I’d love to see former Wild draftee Anton Khudobin but I think the Bruins will put their ace in the crease tonight.  Alex Stalock will get the start for the Wild.

The Wild are coming off an emotional and confidence-boosting win over a very good Nashville Predators team which had gone 14-1-1 in its last 16 games prior to last night.  Minnesota is starting to get more contributions offensively from beyond its top line of Eric Staal, Jason Zucker and Mikael Granlund.  Charlie Coyle and Zach Parise are finding their way onto the scoresheet with more frequency and they’ll need to have a solid effort tonight if the Wild are to have a chance to earn a win this evening.  Nino Niederreiter also appears to be more comfortable and is crashing the net with some authority.

The lesser told story from last night’s game was the play of the Wild’s 4th line of Joel Eriksson Ek, Daniel Winnik and Marcus Foligno.  The line may be an odd combination of grit and skill but its working lately.  Eriksson Ek’s goal really got the Wild going and gave the team a template as how to attack.  Ugly, gritty goals count just as much as do the ones that result from a tic-tac-toe play.

On the back end, Ryan Murphy was excellent against the Predators and he demonstrated flashes of the offensive skill that made him the 12th Overall pick in 2011.  Ryan Suter, Matt Dumba and Jonas Brodin will probably carry most of the load and Nate Prosser and Nick Seeler will anchor the 3rd pairing.  So what must the Wild do in order to get another valuable 2 points in the standings?

So what do you think will be important for tonight’s game?  Tell us either on Twitter @CreaseAndAssist or in the comment section below!