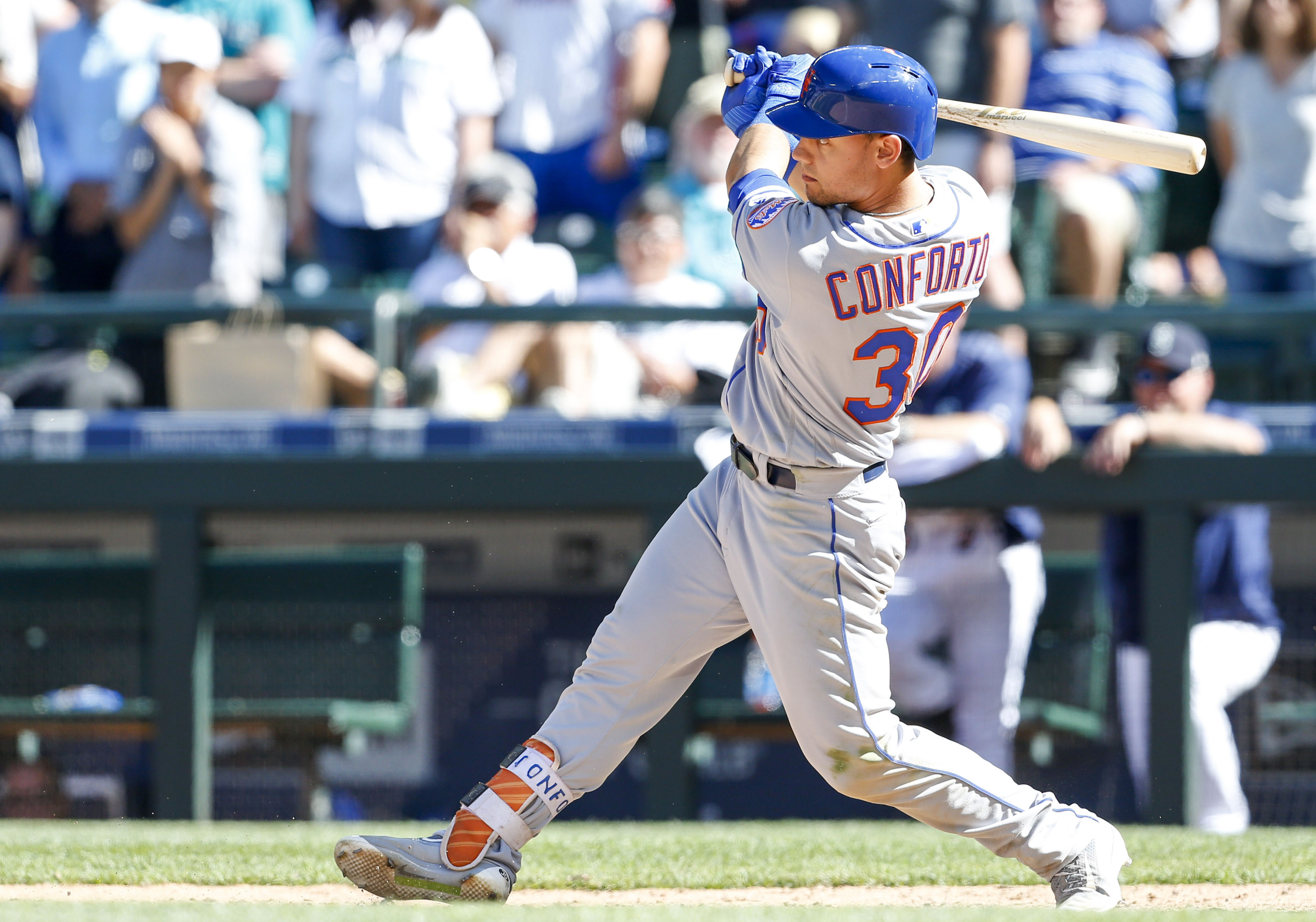 Despite a surprising return to Grapefruit League action over the past two days, the plan hasn’t changed for New York Mets’ outfielder Michael Conforto. Conforto, who went 1 for 6 with a walk in the last two games, will start the regular season on the disabled list, MetsBlog.com reports. There had been some speculation, partially fueled by manager Mickey Callaway, that the Mets could carry Conforto on the bench and use him as a pinch hitter initially before easing him into the lineup. The Mets have resisted the impulse to do that, which appears to be a much wiser decision.

While it looks like Conforto can certainly beat the team’s May 1st timetable for a return from shoulder surgery, there was no point to carry him on the Opening Day roster as a pinch hitter. The Mets are expected to have a limited bench to begin with, so saddling Callaway with a player who can only hit once a game is unnecessary this early in the season. This also reduces the pressure on Conforto, who can stay back in extended spring training and build up his stamina while getting more regular at bats. This approach should, in theory, get Conforto back on the field faster as a starter instead of as a bench player.

With Conforto on the disabled list, that leaves one bench spot on the Mets’ Opening Day roster. That should go to infielder Phillip Evans, who has had a good camp, batting .261 with two homers and seven RBI’s in 46 at bats. Evans isn’t currently on the 40 man roster, but the Mets can create a spot for him by placing Rafael Montero on the 60 day DL.