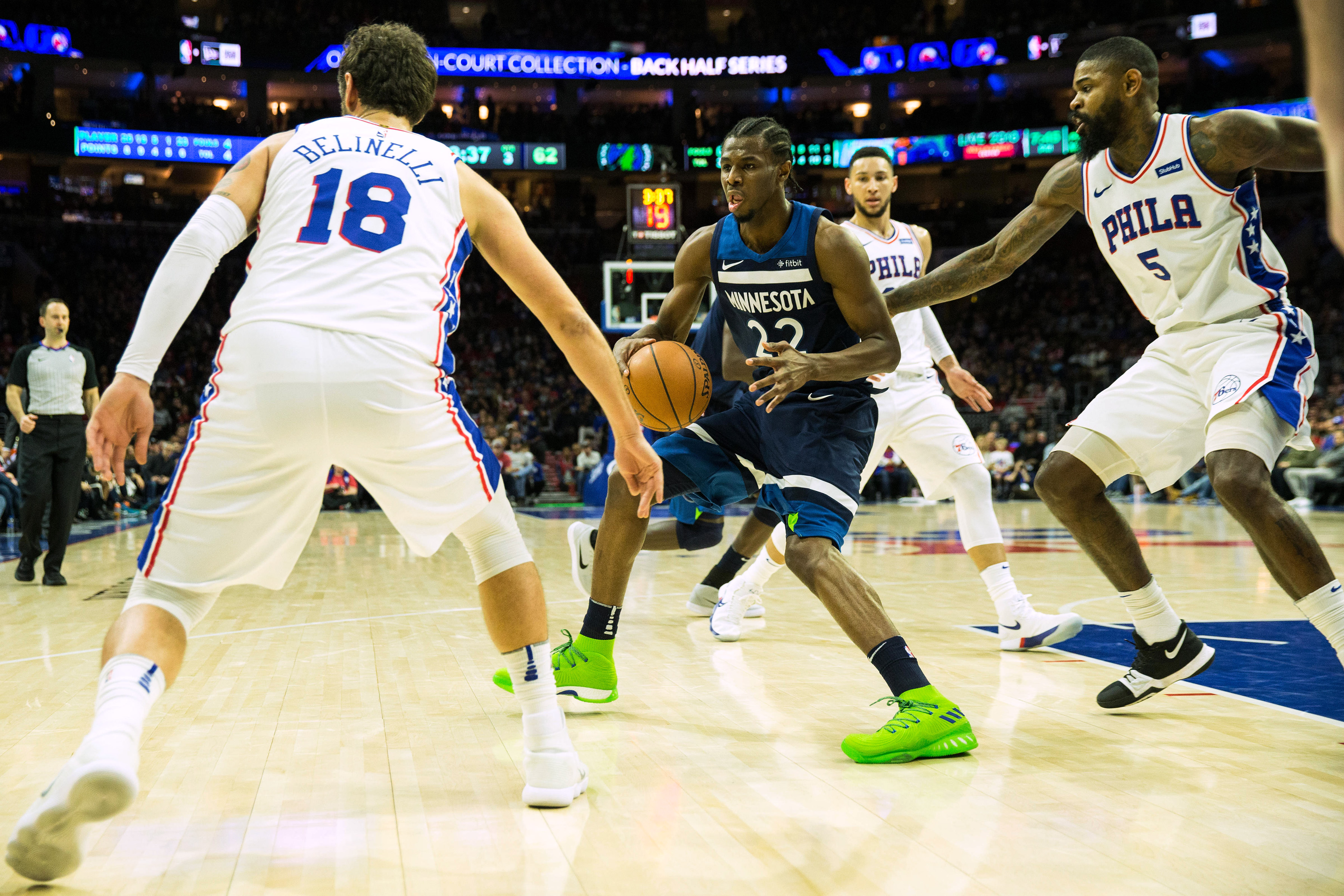 dialed in from deep pic.twitter.com/PUdOuXoOdX

#WolvesFastbreak: Despite a rally in the fourth quarter, the #Twolves couldn't overcome a 29-point deficit in the third pic.twitter.com/BZjWrO8XYG

Cole out there, too. Don't know how I missed the big fella

Cretin-Derham Hall wins the Minnesota 4A State Championship at the horn! #SCtop10 pic.twitter.com/vxzG39HrF6

This one's over. Next 3 are vs. tanking teams. Let's win all those and position ourselves for a fighting chance at a top-6 seed.

Big props to the Wolves bench making it a game. Forced Philly to put their starters back on the floor. #AllEyesNorth

Our reserves got us back into that game… love the fight. Gotta get the next three though against Memphis, atlanta and Dallas #AllEyesNorth

Lol…….Our bench was amazing lol…. Have them start over the starters the next game because our starters effort was horrible! Anyways thanks for turning the most devastating game this season in to a funny game! Better beat the grizz tho! #AllEyesNorth #StartBench