Your Morning Dump... Where we pick a playoff opponent 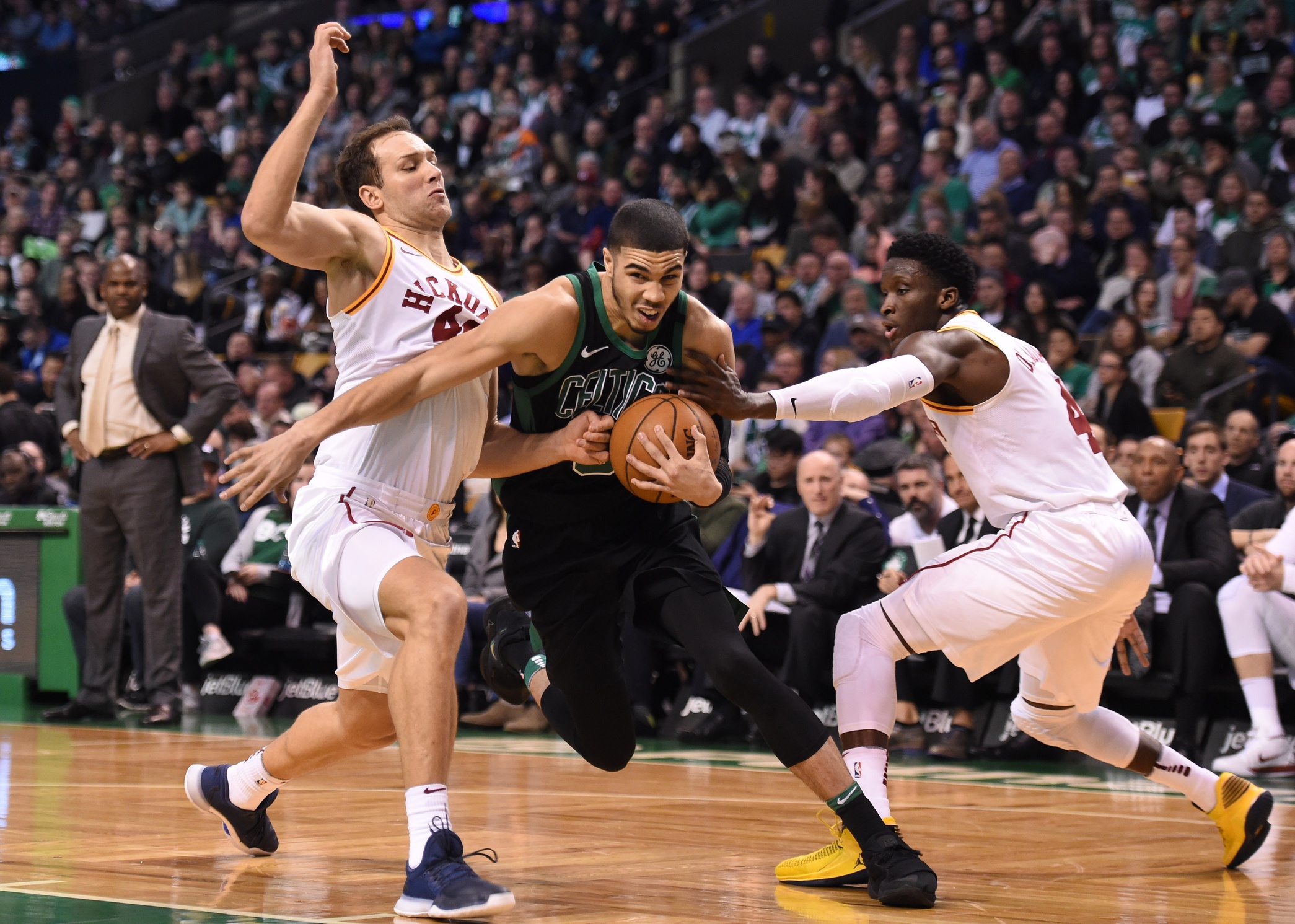 Your Morning Dump... Where we pick a playoff opponent

Analysis: Can the Pacers technically be in the race for the third seed and the seventh seed at the same time? Technically yes, but their remaining schedule makes them a far more likely candidate to drop down further in the East standings than move up.

This overachieving squad has come back down to earth in the past week-plus, dropping three of their past five games as the quality of competition increased.

Six of their next games will come on the road and only two of their opponents have sub .500 records (Sacramento is the only tanking team). They will catch a break by facing the shorthanded Warriors a couple times over that span (who could still be down several All-Stars) but west coast trips are never easy, especially this late in the season.

Bottom line: If the Pacers lose to the Heat at home on Sunday, they will only be two games away from the seventh seed, and will lose any head-to-head tiebreakers with the Heat and Wizards (both of which have far easier schedules). Taking care of business against Miami gives them some needed breathing room, otherwise, they loom as a real threat to fall to No. 7 in East.

Excellent work by Brian Robb in Boston Sport Journal to break down all the possible playoff opponents. I led with the Pacers because they’re the most interesting potential matchup, even though I still think it’ll probably be Miami.

The Pacers are interesting in that they can just as easily get home court in the first round, so the next couple of weeks will be very interesting.

The biggest question for Boston is whether they can get past the first round without Kyrie. Can the Celtics summon enough of what they had in Portland to get through a series against Indiana, Miami, Washington, or Milwaukee.

Personally, Washington is the team I’d least like to see. I think they, with a healthy Wall, can cause serious problems in the playoffs and I’d rather not face a team with such good guards without Marcus Smart.

Beyond that, I’m ok with the rest of the field… even Milwaukee. I know facing a megastar like Giannis in a series would be daunting but they don’t frighten me. None of the other teams do. They’re at the bottom of the standings for a reason. Milwaukee has 72 games to figure something out and yet here they are barely above .500.

Obviously things will get very difficult if Kyrie isn’t back. Relying on Jayson Tatum to step up in the playoffs is a tricky proposition. Rookies are iffy in these situations even if they’ve had good seasons. Teams can gameplan for them and they just don’t have the depth of experience to get out of those spots that others do.

Still, I think the Celtics without Kyrie are probably, at worst, equal to a lot of these lower seeds. They have good scorers who aren’t afraid of the moment and a team dynamic that is just much more solid than a couple of those lower seeds. I do think they can make it past the first round as-is. If they don’t have Kyrie and Smart after that, then I’m significantly less confident in the result.

First things first, though. Let’s wait to see how the bottom of the standing shake out. I’m betting on Miami, but it’s close enough where things can change in a hurry.

Page 2: The Celtics aren’t alone in dealing with a ton of injuries

If I didn’t know better I’d say Golden State and Boston have been trying to outdo each other with their injury reports.

This just goes to show that things can be wide open in a hurry. Curry has had his ankle problems flare back up now he’s got a sprained knee. Klay Thompson, Kevin Durant, and Draymond Green have been sidelined as well… though all are expected back before the playoffs.

If anyone re-injures themselves or if Curry goes down again, the we might be headed for a different outcome than we all thought. This is why you keep building your team regardless of what other teams look like because fortunes can change quickly. You can’t miss an opportunity like this when it presents itself.

Thoughts are with Zeke Upshaw today

An NBA G League player for the Grand Rapids Drive collapsed on the court near the end of a game with the Long Island Nets and was rushed to a hospital.

Sarah Jbara, a spokeswoman for the team, told mlive.com that Zeke Upshaw tumbled to the floor Saturday night with about 50 seconds remaining in the contest. He was removed from the court on a stretcher and taken to Spectrum Health Hospital.

Let’s hope for the best. This is scary stuff and hopefully Upshaw will recover fully.

Globe: Kyrie Irving expected to return to basketball activities in 3 to 6 weeks  |  The Kings made a statement by addressing the unrest in Sacramento

Herald: Celtics notebook: Kyrie Irving expected to be out 3-6 weeks after undergoing procedure on left knee  |  When quip blows up quick

NBCS Boston: Celtics look to continue getting it done against weaker teams  |  Celtics finding ways to win without Kyrie Irving  |  Blakely: Stevens has this coaching in March stuff down