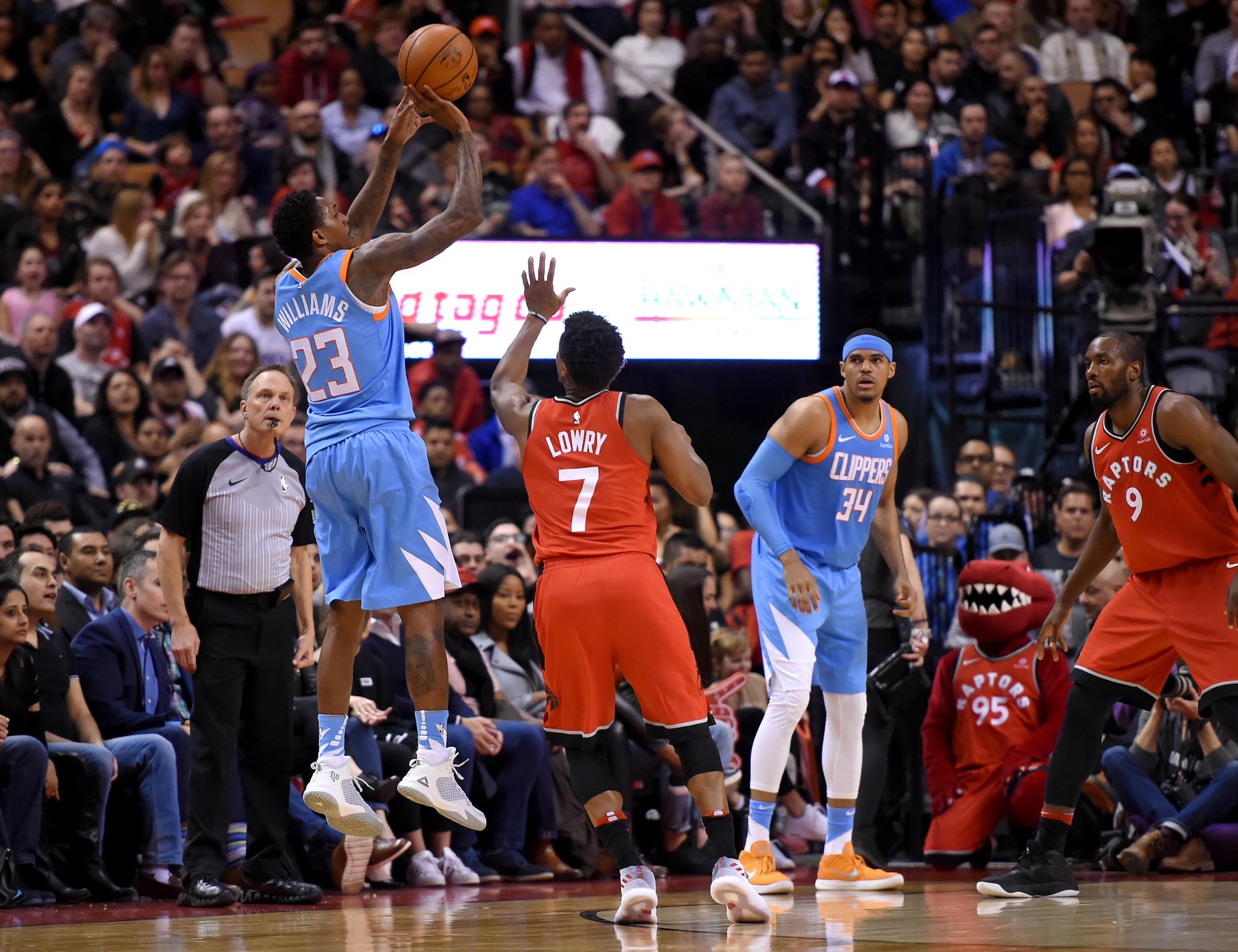 Every time it seems like the Clippers’ post-season hopes are finished, they have a game like this one.

The Toronto Raptors were favored to beat the Clippers by at least 8 points yesterday. The Raptors had won 20 out of their last 23 games, and entered the game with a killer mentality. Nobody expected this Clipper team to stand a chance against Toronto, except the Clippers.

The Clippers found themselves in a hole early, down 18 in the first quarter. It seemed like the hangover from losing a heartbreaking game against the Pacers was affecting LA. After an awful first quarter, the Clippers brought the deficit to only 7 points by halftime. LA’s endless grit and resolve was on full display in the second half of this game. By the 3rd quarter the game was tied, and by the 4th quarter the Clippers had a 14 point lead. The Air Canada Centre was left absolutely stunned as the short-handed Clippers walked out of the arena with a win. This was the play of the game:

I still can't get over this no-look DIME from Boban Marjanović to Montrezl Harrell (@MONSTATREZZ) 🔥🔥🔥 #Clippers pic.twitter.com/9K6DELrQVD

LA was led by the soon-to-be 6th man of the year Lou Williams, with a stat-line of: 26 points, 2 rebounds, and 7 assists. Williams started the game cold, shooting only 1/8, but ended up with 18 fourth quarter points on 7/11 FG.

Despite being in the 10th seed, this Clippers team has an interesting stat that no other team can claim after this game. The Clippers are the only team to beat the top 4 teams in the league (Houston, Golden State, Boston, and Toronto) on the road. While those wins won’t necessarily directly translate into a playoff spot, it does mean that the Clippers are capable of winning big games, and that their future is bright.

After yesterday’s win, the Clippers are now 2.5 games out from the playoffs. Their hopes are still on thin ice, but it’s not completely over for LA. Anything can happen in the NBA, one week a team can be the 7 seed and the next week they can be the 10 seed.

The Final Clip: This was a very unexpected win for the Clippers. It seemed like their playoff hopes were completely finished after the demoralizing loss against the Pacers, instead the team responded with an even bigger fire. If the Clippers somehow win the rest of their remaining games, there is a chance for a playoff spot.