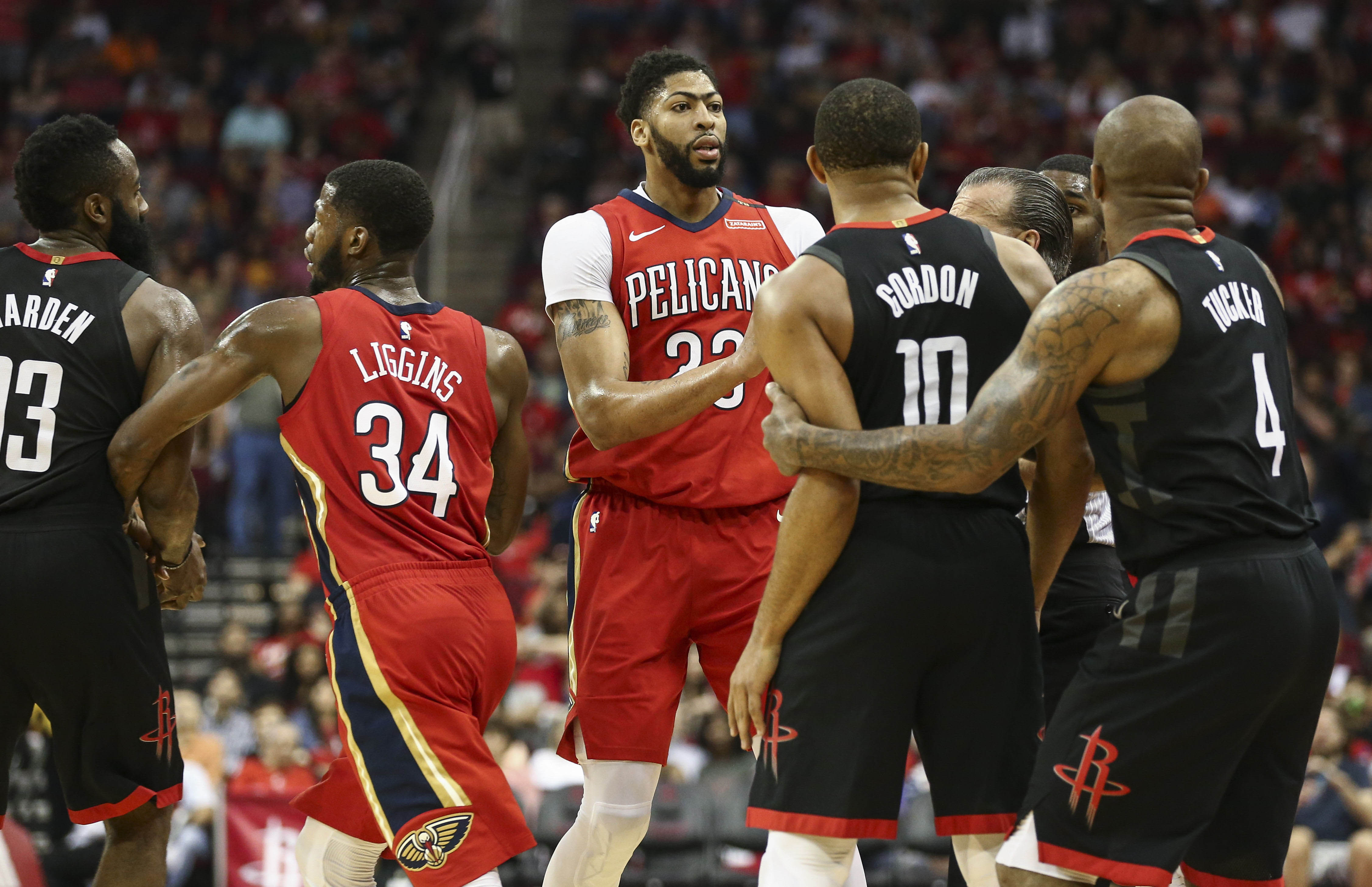 Houston,TX- The New Orleans Pelicans traveled to take on the Houston Rockets for the final of four seasonal games in which Houston leads 2-1. The Pelicans coming off a very difficult stretch of home games are looking to top Houston without the help of starting guard Rajon Rondo & key reserve Nikola Mirotic both out because of injuries. New Orleans was dominated from the jump as Houston ran up the score & held the Pels in check. The Lead at half was 64 to 37 advantage Rockets.

The Pels did climb back into the game getting as close as twelve before their suspect defense let Houston push the lead back up to twenty. This was an absolute disaster from start to finish for New Orleans, even though the team was short-handed and tired according to their Coach. New Orleans never gave themselves an opportunity to win this game. The terrible defense, the disappearance of guard Jrue Holiday(10 points) the questionable line-up combinations by Gentry all culminated into a train wreck of epic portions.

I fail to see why Coach Al Gentry was smiling on the court and after the game during the post game press conference. This game wasn’t a smiling matter, you can’t take anything from a horrible 23 point blowout like this, especially when you’re in the midst of a serious playoff race. New Orleans shot less than 40% from the floor and were blown out by way of a three-point barrage. Houston shot 18 of 47(38%) from downtown while the Pels hit 6 of 21(28%) hitting 12 more threes than New Orleans. The Pelicans star forward Anthony Davis scored 25 points 8 rebounds & 4 blocks in a losing affair 114-91.

New Orleans (43-31) takes on the Portland Trailblazers (45-28) Tuesday night in the Smoothie King Center. The Trailblazers are third in the Western Conference Standings as The Pels are in fifth place & holding the season series lead 2 to 1. This is a big game for New Orleans as they can close out the season series 3 to 1 with a win plus draw closer to the top of the West standings. The Pelicans players Rondo & Mirotic should be available for the match up with Portland.