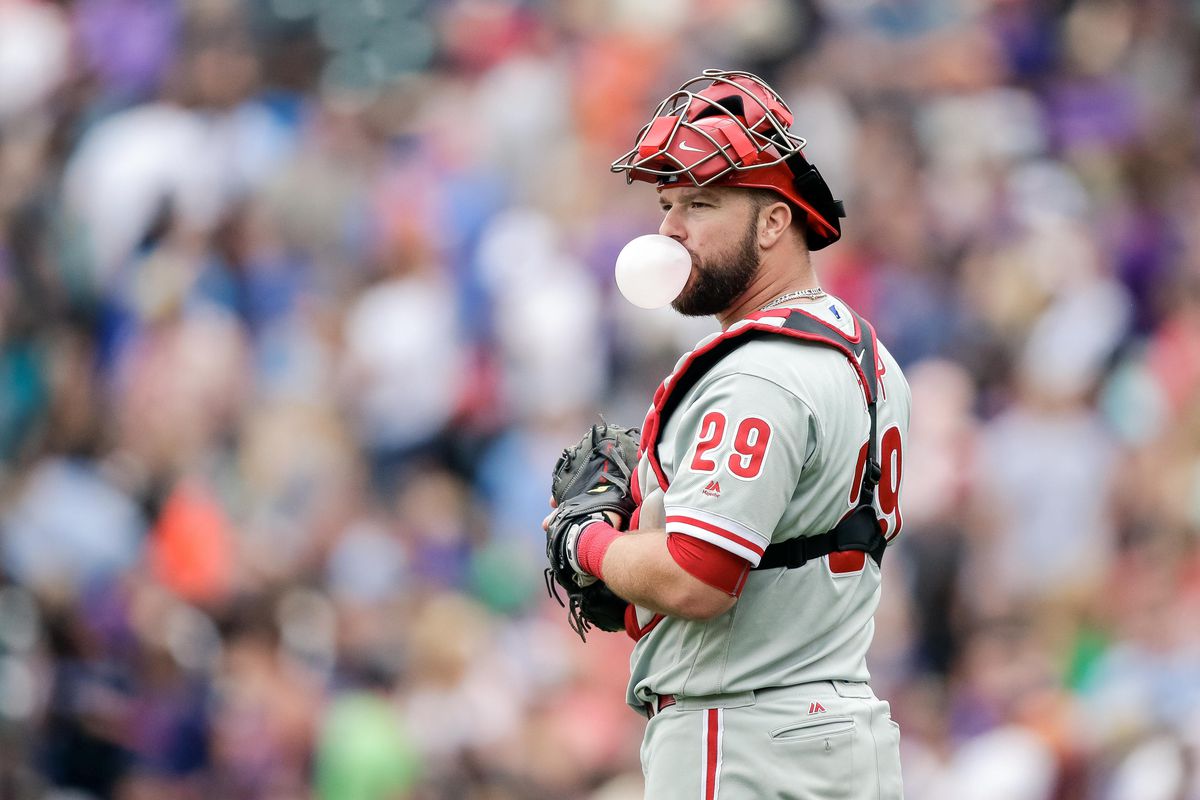 With the start of a new Phillies season just around the corner, the final touches are being made to the roster as the team prepares to come north to get the 2018 season underway. A day after locking down a new contract for Scott Kingery, the Phillies have set their opening series starting rotation and parted ways with veteran catcher Cameron Rupp. The Phillies designated Rupp for assignment on Sunday. A day later, the team has formally released Rupp from their payroll, allowing him to seek a contract through free agency as teams around the league look to put the final pieces together.

As noted by Matt Gelb of The Athletic, the roster move will trim $1.5 million of the books for the Phillies. Considering Rupp would only have cost the team $2.05 million this season if he remained on the roster, it was far from a move that was about clearing up major weight on the payroll. Instead, this was all about performance, and Rupp was trending in the wrong direction with a couple of other guys coming up.

Cameron Rupp was released. Phillies save about $1.5 million with transaction. Rupp can now sign anywhere.

Rupp had been struggling this spring at the plate with a .189 batting average and a .269 on-base percentage. A draft pick of the Phillies in 2010, Rupp played a key role behind the plate during what has been a transition for the franchise, but with the rise of Jorge Alfaro it became clear Rupp would not be the main guy managing the pitching staff on the field for very long.

Alfaro and Andrew Knapp will be the two catchers on the opening day roster for the Phillies, barring any unforeseen roster tweaks before opening day.

I don’t anticipate Rupp will be a free agent for too long. There is plenty of room around the league for a backup catcher who can shoulder the load for a stretch when needed, and Rupp is more than serviceable in that aspect. MLB Trade Rumors notes a report from the Dallas Morning News that links Rupp to the Texas Rangers. That would be a good spot for Rupp should it come to fruition. In addition to reuniting with Cole Hamels and Jake Diekman, Rupp would get a chance to play close to home. Rupp is from Dallas, and, of course, a Dallas Cowboys fan.