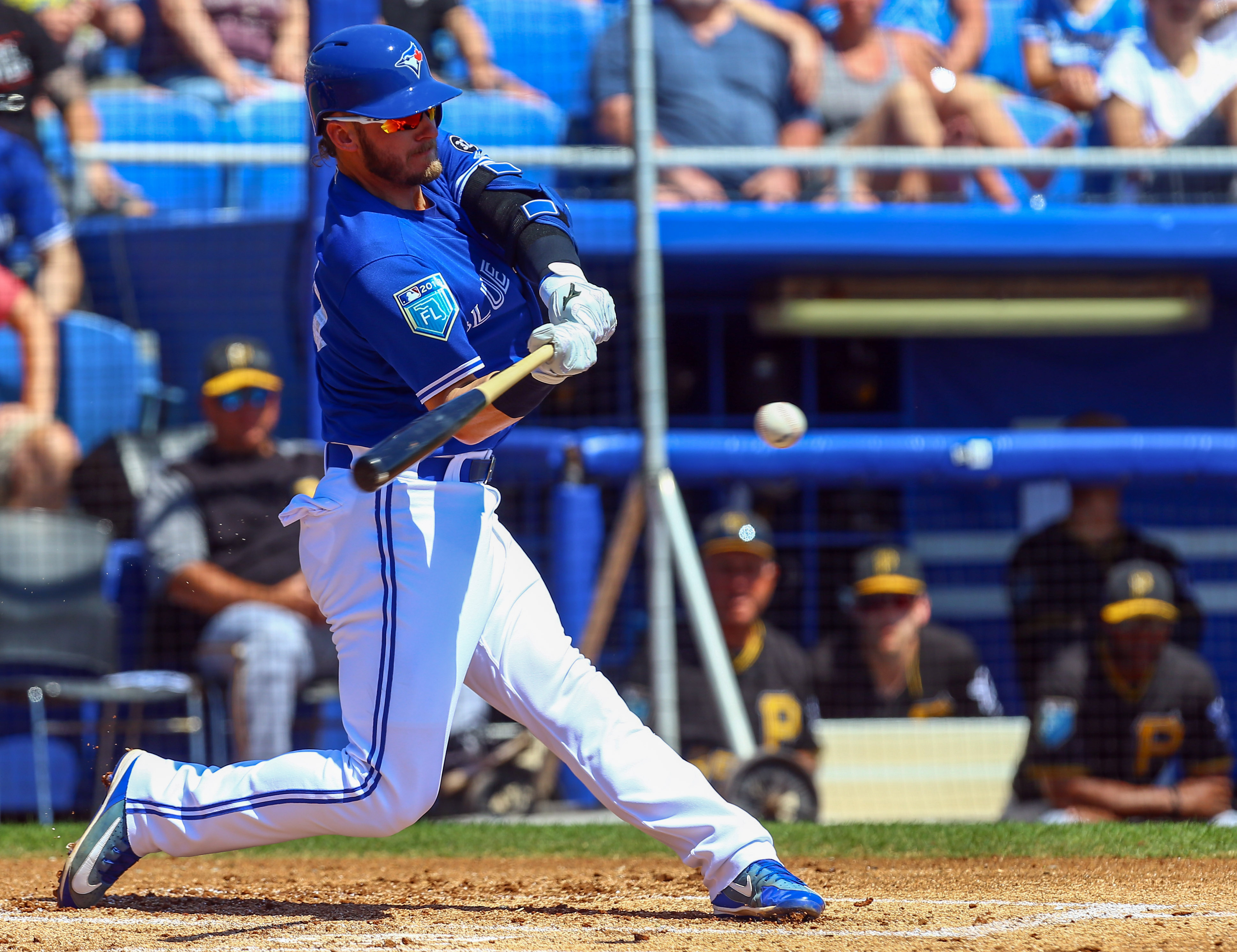 As Spring Training comes to a close, it’s impossible to not get excited about Opening Day, especially with all 30 teams playing on the same day for the first time since 1968. Whether an MLB team has their eyes set on rebuilding or contending in 2018, the slate is officially clean at the moment.

Anything can happen once the games start counting – after all, the Minnesota Twins went from a 103-loss team to a playoff squad in the span of a year. Math can give us an idea of who has the best chance of getting to October baseball at this point in time, though.

The below table shows each team’s playoff odds from best to worst heading into 2018, per FanGraphs (as of March 25th).

Plenty of things aren’t surprising here. Nobody is shocked that the Houston Astros have the best playoff odds and the Miami Marlins are among the worst. However, there are seven situations in particular that are interesting with Game 1 of 162 on the horizon.

Between the New York Yankees landing Giancarlo Stanton and the Boston Red Sox (finally) signing J.D. Martinez for their respective offenses, grabbing headlines in the American League East was hard to come by this past winter. I mean, just ask the Blue Jays, who had a deceptively good offseason.

The St. Louis Cardinals reportedly tried everything they could to pry third baseman Josh Donaldson away from them. Despite being in his final year prior to hitting free agency and no extension in sight, the Toronto front office didn’t budge and instead decided to make some additions.

Having adequate depth was a problem for the Blue Jays in 2017. Making sure this didn’t repeat in 2018 was a goal of theirs this past winter, which they achieved by acquiring Yangervis Solarte, Aledmys Diaz, and Gift Ngoepe in three separate trades.

And after watching their outfield accumulate just 2.8 fWAR last year – tied for third-worst in baseball – they augmented this group by adding Randal Grichuk via trade and Curtis Granderson via free agency. They also added Jaime Garcia to a rotation that’s getting a blister-free (for now, at least) Aaron Sanchez back, too.

At first glance, it would appear surprising that they have the fifth-best playoff odds in the American League, but they’ve set themselves up nicely to make a legitimate run at the postseason.

We all remember that the Cubs won the 2016 World Series, but they’ve been good for a while — manager Joe Maddon has watched his squad reach the NLCS each of the last three years. While they did lose two rotation cogs this winter (John Lackey, Jake Arrieta), they’ll get a full year of Jose Quintana, along with contributions from Tyler Chatwood and Yu Darvish.

So why exactly is it interesting that their playoff odds are the second-highest in all of baseball heading into Opening Day? Well, you do remember what happened in the first half last year, right?

Such a young and talented roster quite possibly felt the effects of a World Series hangover, as they were 43-45 heading into the All-Star break. They finally kicked things into gear following that breather, going on to win the NL Central and make yet another deep run into October.

This season should be different. They have a dark horse Cy Young and MVP candidate on their squad, a former MVP in Kris Bryant and his partner in crime in Anthony Rizzo. While there can be hope that Addison Russell will turn things around, Kyle Schwarber basically looks like a whole new person.

Pitching is obviously important, but this offense is what should drive the bus – after struggling to a 93 wRC+ in the first half last year (20th in baseball), their 110 mark following the All-Star break was among the league’s best.

Last season’s struggles can make it easy to forget the juggernaut they appeared to be following a dominant 2016 campaign.

For the second consecutive winter, the Angels had a terrific offseason. The only difference this time around is that many more people noticed. They can thank their acquisition of Shohei Ohtani for that, but they also held onto Justin Upton while reeling in Zack Cozart and Ian Kinsler to solidify their infield and lineup.

Sharing a division with the Astros explains the current 2.6% odds of them taking the AL West, but why don’t they appear to separate themselves as a clear wild-card contender? That’d be because the starting rotation is full of questions.

This is a part of Los Angeles’ roster that’s been decimated by injury and poor performance the past two years. Their 11.6 fWAR between 2016 and 2017 is the American League’s worst mark, with only the Cincinnati Reds (5.4) checking in as worse during this period of time.

If we look at the top three hurlers for this starting staff per Roster Resource – Garrett Richards, Tyler Skaggs, and Ohtani – they’ve combined for a grand total of 197 regular-season innings since 2016. That also doesn’t take Ohtani’s Cactus League struggles into consideration.

Los Angeles has done a lot of work over the past two years to turn themselves into a potential playoff contender with Mike Trout still playing out of his mind. They’ll just have to depend on a part of their team performing wildly better than we’ve seen in recent memory.

Since this winter was brutal when it comes to Hot Stove moves, there were only a handful of instances where a club made our heads spin because of the moves they made. One of those clubs was the Brewers when they signed Lorenzo Cain to an $80 million deal before finalizing a trade to acquire Christian Yelich about an hour later.

However, there’s been plenty of focus on what they didn’t do, which was add to a rotation that’ll be without Jimmy Nelson for an extended period of time. Instead of potentially having Yovani Gallardo and Wade Miley man the back of the rotation, they’ll at least have some young arms doing that in Brent Suter and Brandon Woodruff.

It’s not necessarily shocking that there’s such a discrepancy between Milwaukee and the Cubs (on paper, at least). It’s more noteworthy that the Brewers’ current odds of reaching October are so vastly different than that of the Cardinals.

St. Louis certainly looks to have a more complete and well-round roster (especially when looking at the starting rotation depth), but if the only way for one of these two clubs to reach October is via the wild card, we may have more of a dogfight on our hands than these preseason odds are letting on.

The Bottom of the AL Central

Just by scanning the standings page on FranGraphs, can you figure out which division has the potential to be the most lopsided in baseball? I hope you said the AL Central.

At the top, we have the Cleveland Indians, who went to the World Series in 2016, had the AL’s best regular-season record in 2017, and enter 2018 with the third-best playoff odds in baseball. The Twins surprised everyone last year and augmented their roster in a significant way thanks to a slow winter.

And then we have the other three teams who are in various stages of their respective rebuilds in the Kansas City Royals, Detroit Tigers, and Chicago White Sox. There are four MLB teams with playoff odds of 1.2% or less heading into this season. Three of those four clubs reside in the AL Central.

The White Sox are the furthest along and could certainly outperform preseason expectations because of their young MLB-ready talent, but them making the playoffs is very clearly a long shot.

This situation will likely help the Indians and Twins boost themselves up when compared to others outside of their division, but it’ll also give their 19 head-to-head meetings even more significance than before.