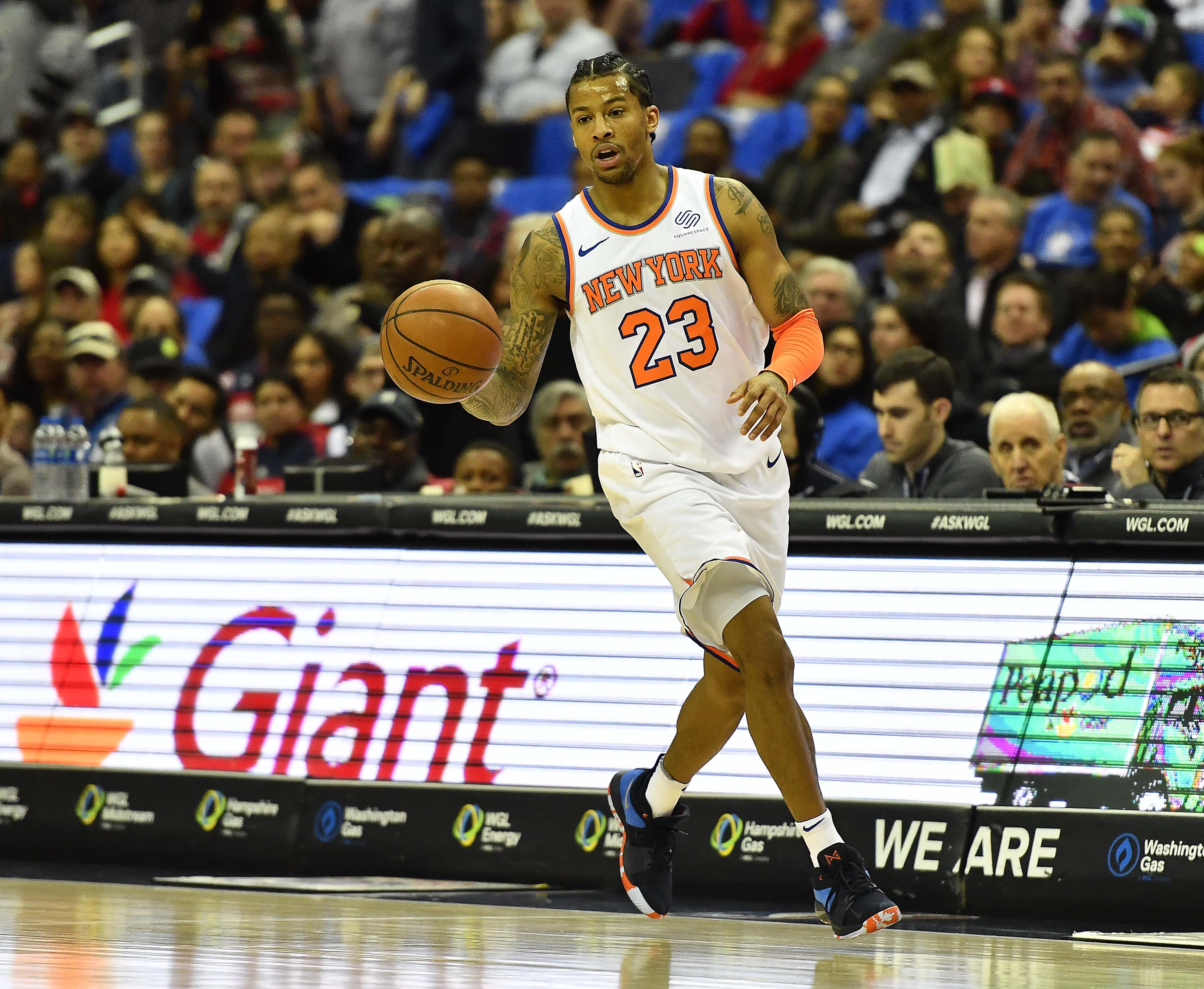 Receiving his first NBA start in exactly three years, Trey Burke hit the hardwood for the Knicks on Sunday and led his squad to an 101-97 win over the Wizards, his former club. With the anniversary of his last start arriving as he took the court in familiar surroundings, it’s safe to say nostalgia set in. The 25 year old tallied 19 points in an impressive performance. He took control and maintained rhythm as New York snuck away with a surprising victory.

For Burke, the 9th overall pick in the 2014 NBA Draft, his recent success with the Knicks (with Sunday’s big night providing an exclamation point) is surely a feel good story. While Emmanuel Mudiay’s defensive woes and nagging physical ailment gave way to Burke earning the starting nod, it shouldn’t be considered a solution, or even something worth exploring much over the season’s final eight games. Alas, the guard belongs with the second unit, where he can provide the best spark.

While in the G League with the Westchester Knicks earlier this season, Burke excelled and emerged as an instant M.V.P. candidate because he had a far more efficient ability to score the ball than his competition. He can create for himself and boasts the necessary swagger and confidence to evade the defense and react strongly enough to put the ball in the basket, regardless of what pressure comes his way. Burke is often unfazed, with fancy footwork and a special handle on the ball to help along the way.

Burke’s one-on-one game is special and that’s a big part of his mentality. His production goes up as he scores more points. That said, this comes much more naturally to him than distributing the ball and looking for his teammates in the open floor. Of course, when Burke penetrates, the defense swarms in and his teammates are given more space around the perimeter. That’s a plus, but his explosiveness is about scoring the ball, not dishing it out.

The young gun is the kind of player who wastes no time in getting going offensively. He scores in bunches and catches hot rather quickly. Such a skillset is much more useful coming off the bench, when a team may be struggling or is in need of a momentum swing. There’s arguably less pressure on those who start the game because they have more time and opportunity to create something and anchor the team in the right direction. It’s often up to the second unit to sustain that same momentum, and not everyone comes bursting out of the canon quite like Burke.

Burke’s spark seems more beneficial for the Knicks’ second unit. Such a slot would also appear to be the more likely long-term role for him. It would also shed less light to any defensive mismatches he may encounter at 6’0″. There’s something to be said about developing continuity. On the flip side, playing increased minutes may mean Burke loses steam later on. In addition, he’d also be forced to mix things up as the defense begins reacting to what he does best. Coming off the bench would allow Burke to shine as a sparkplug, and then have some of his vulnerabilities balanced by others.

There’s nothing wrong with rising up as a skillful sixth man. Jamal Crawford (the former Knick scored 13 points in the Timberwolves’ win over New York on Friday) has made a seventeen year career out of it, and fellow former Knicks J.R. Smith and Nate Robinson too became fan favorites in such a role. If they’re truly focused on helping Burke make meaningful contributions next season and beyond, New York should bring him off the pine.