Your Morning Dump... Where Rozier's confidence level is sky high 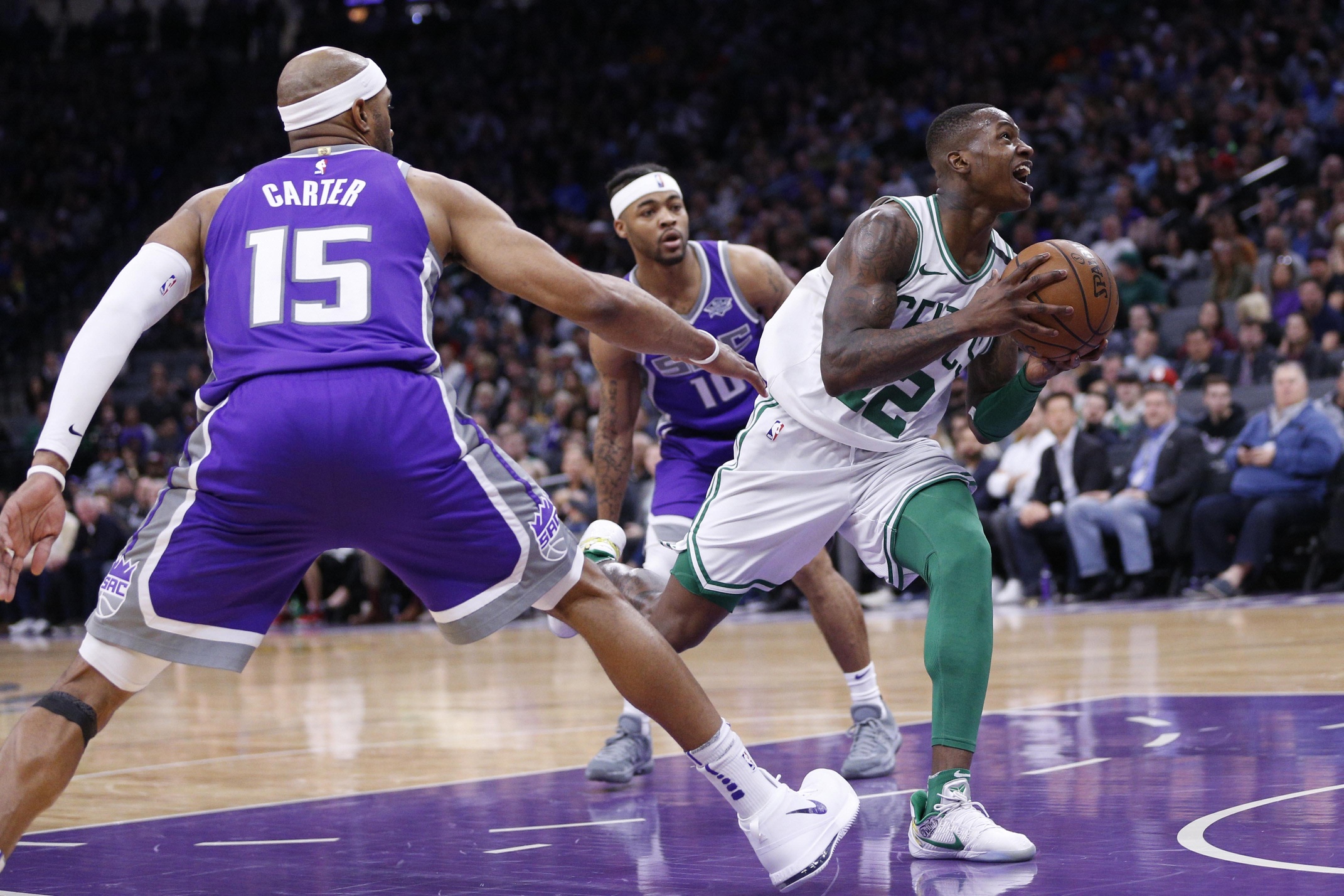 Your Morning Dump... Where Rozier's confidence level is sky high

“My confidence level is sky high,” Rozier said. “Obviously I put a lot of work in for myself, but a lot of credit goes to my teammates and coaches, because they believe in me every game and they make it happen, from getting me open, drawing up plays and stuff like that. So my job is easy. All I’ve got to do is try to make the shot.”

Globe: Celtics are in good hands with Terry Rozier leading the way

“Ultimately it’s just more opportunity, and ultimately that breeds more confidence,” Brad Stevens said about Rozier. “We talked about it even last year in the preseason. He and Marcus (Smart), paired together on our second unit, giving our first unit fits. He’s a good player with other good players around him, but we’re going to need him to play well with these other guys out.”

Rozier has good reason to have sky-high confidence. He’s in the midst of the hottest stretch of his young career, and not just holding down the fort when called upon to fill a starting role… he’s thriving.

This was the main topic of discussion in today’s Locked On Celtics podcast with me and Sam Packard.
Rozier has been such a monster, there’s a question now about how this impacts the Celtics roster construction moving forward. He’s still under contract for $3 million next season before he becomes a restricted free agent in the summer of 2019. That’s the same summer Kyrie Irving can opt out of his deal, and by then the Celtics will be deep into tax territory.

The Celtics will probably pay Marcus Smart this summer, but it will certainly be a tradeable deal. If the Celtics feel Rozier can fill that role, it could make Smart’s future in Boston interesting. There seems to be little chance both Smart and Rozier will be here in two years.

So let’s enjoy it now. Rozier is playing out of his mind and making the most of his opportunity… helping the Celtics hold off anyone thinking of making a run at that second seed.

Page 2: Jaylen Brown’s mom won’t be happy with him for all those dunks

“She’s probably going to have something to say, but that’s moms,” he said. “Sometimes you just can’t help it, man. Going into it, I was like I’m just gonna take it easy first game back, but instincts kick in and after that you don’t know what might happen.”

Later, in the third quarter, Brown laid the ball in instead of elevating during his first breakaway dunk opportunity.

“That’s probably what I’m going to say like, ‘Hey you saw that one, right? Mom I could have but I didn’t,” he smiled, satisfied that his first game back kept getting better.

How many times did Jaylen Brown get hit in the head last night?

It was interesting that Brown laid the ball in on that breakaway instead of dunking it. Maybe that was him letting mom know that he was listening to her. All the other dunks were part of the half court offense and no real risk to repeat that nasty fall.

It was great seeing him back. He looked a little wobbly at times but he generally played well.

Related links: Globe: Jaylen Brown productive in return vs. Kings  |  ESPN Boston: Brown returns from concussion for Celtics win  |  NBCS Boston: Brown happy to be back on the floor with Celtics

He looks like a goddamn He-Man action figure pic.twitter.com/BI2Qi7sFEK

Seriously though, those are some serious combat muscles. I wouldn’t want to run into one of his picks.