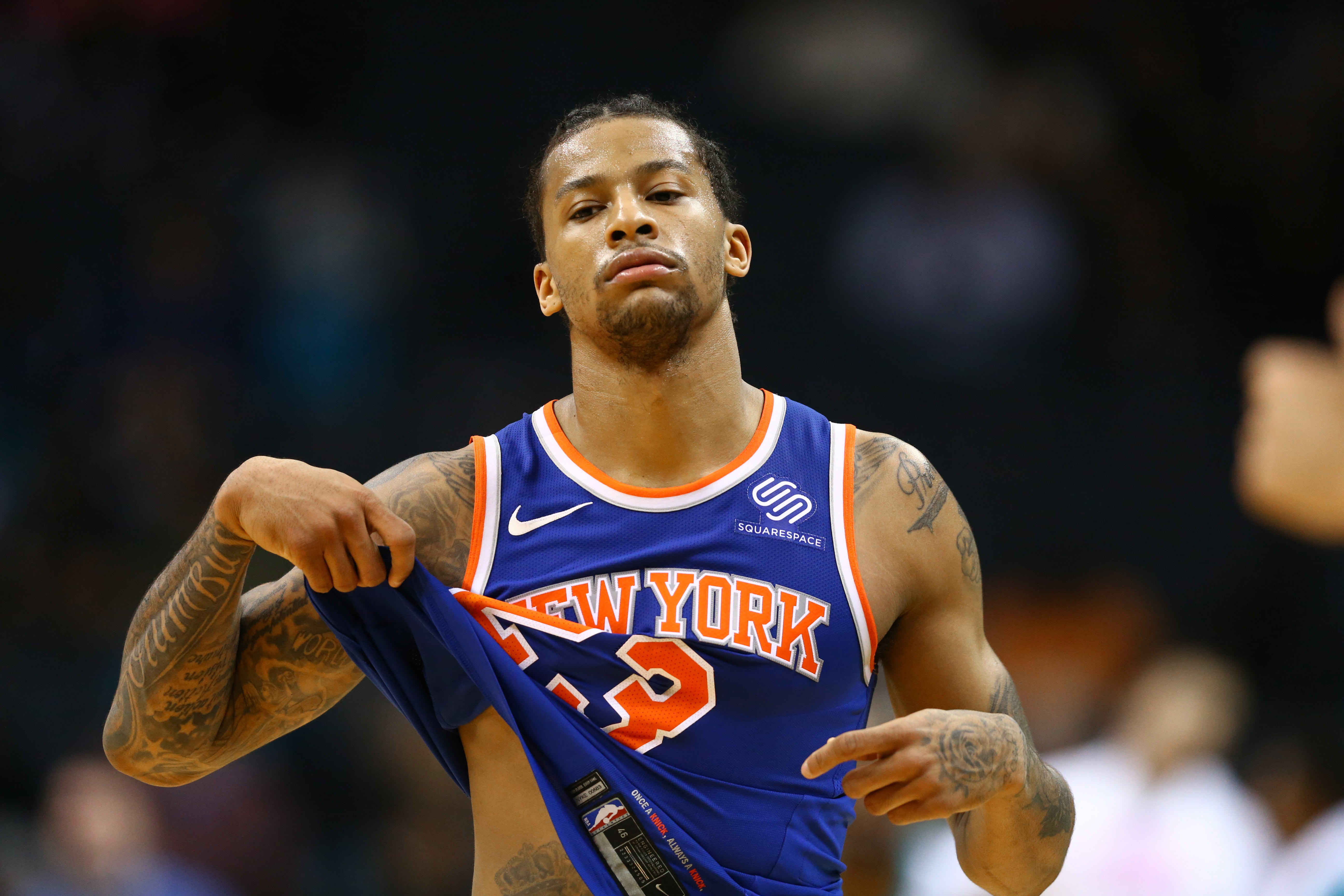 After advocating for Trey Burke to come off the bench, the young gun made us eat our hat here at KnicksJournal.com. Pouring in a career-high 42 points and adding 12 assists against the Hornets on Monday night, Burke joined the likes of Bernard King, Stephon Marbury, and Walt Frazier as the only Knicks to log a 40/10 outing. That’s pretty terrific company to say the least, as Burke put on quite the memorable performance.

The 25 year old’s starry night still resulted in a loss.

Burke carried the Knicks to an impressive comeback, soaring ahead following a double-digit deficit. Proving yet again that he can create his own offense and attack the defense with ease, he used his fancy footwork and evasive ball-handling skills to beat defenders and make his way inside for easy buckets. Only converting on three shots from downtown, Burke made 19 of 31 overall. He had eyes for the basket all night long and he undoubtedly took pride in pursuing the higher percentage looks. Regardless of who he was sharing the court with, Burke maintained a rhythm and found teammates with space or a respective path to the basket. He played smart basketball and took control of the game in very natural fashion, not looking cocky at all. Burke was rightfully in control and New York looked as though it might be able to secure back-to-back was on the road.

Unfortunately, Burke’s prowess and late heroics poked the bear that is Kemba Walker. Burke may have been the better overall player on this one night, but Walker remained the more clutch performer when it mattered most. The NBA All-Star “only” scored 31 points, but he was able to flex his muscles and best Burke down the stretch. Walker made sure the Hornets kept their heads above water as regulation came to a close, and then emerged to press his foot down on the Knicks’ neck as their own momentum wavered in overtime.

Burke and Walker battled, went toe-to-toe, and the former should be given props for holding his own with one of the NBA’s top floor generals. The league posted various highlights of the matchup on social media and the pair collectively received kudos from another elite guard.

Trey Burke and Kemba out here gettin at it!!!!!! #NBALeaguePass

The team fought hard — the players kept their competitive spirits alive and the fans were given a show to remember. When push came to shove, the 137-128 defeat helps the Knicks maintain their position as it relates to a decent lottery pick come late June. All in all, exactly the kind of matchup a transitioning team could (sneakily) hope for at this point in the year.