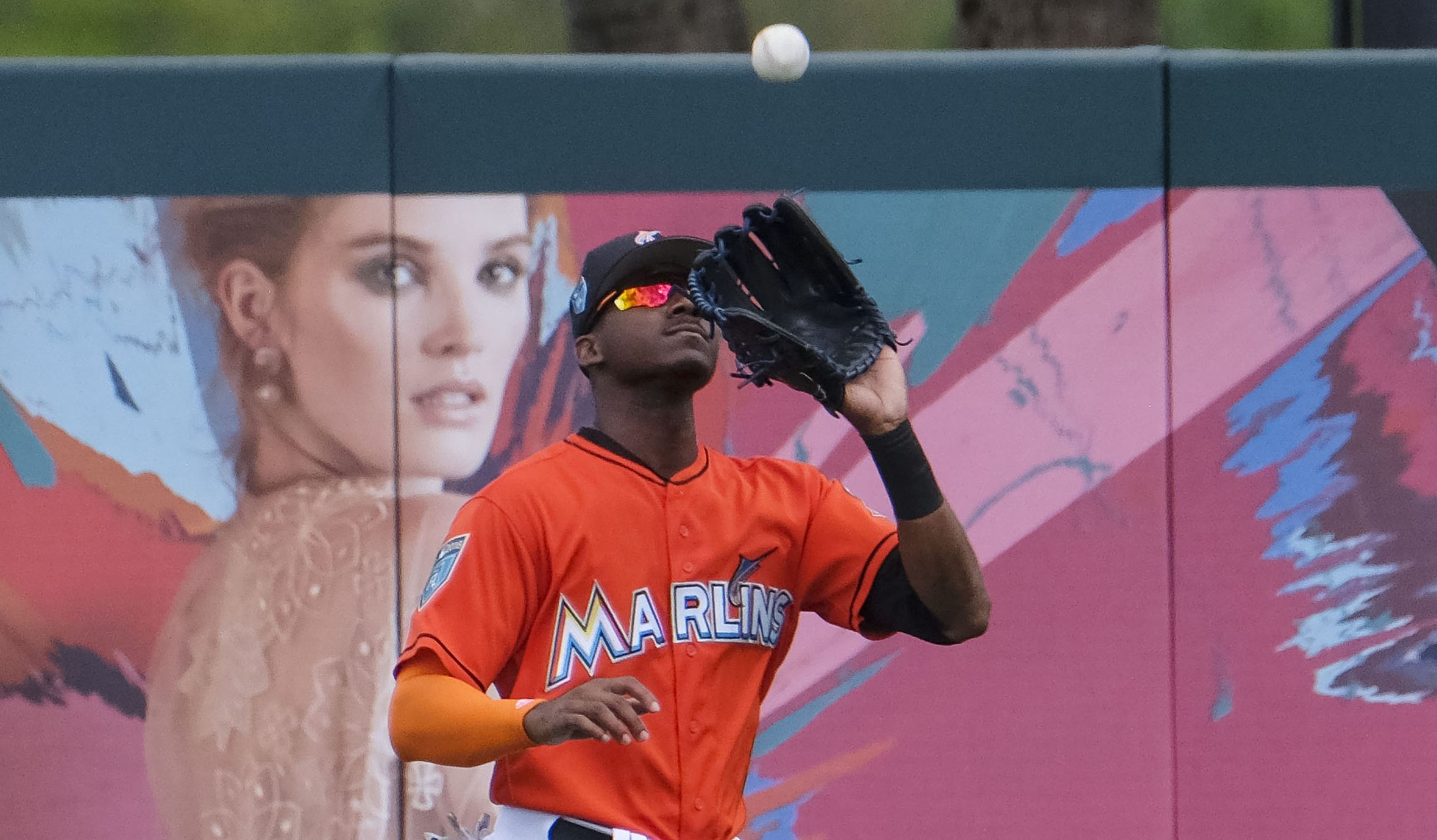 Oh the Marlins. Their green ballpark. Their pending lawsuits. Their home run sculpture, which will probably collect dust this season and become a safe haven for stray cats, which would probably be a better use for it at this point. But hey, the Marlins have two World Championships, which other franchises would die for. The Marlins also have four fire sales, which also deserve banners in the Clevelander.

Other Players Derek Jeter Would Have Gotten Rid Of If They Were Marlins:

Look, this is going to be a long season in Miami. We know this. But not only is there no discernable reason to watch this team this season (think the Pittsburgh Pirates from 2008), but the Marlins sold off all those players, including the 2017 N.L. MVP and wound up getting two Top 100 prospects. Two! And they weren’t even for Stanton! Lewis Brinson, who they got in the Christian Yelich trade, is the one guy whose talent and development the Marlins can build around this season. (Monte Harrison is the other Top 100 prospect they got for Yelich, and he’s not due to hit the show until 2019.) Their roster is littered with decent players who aren’t going to puke on themselves on the field, but have little to no room between them and their ceiling.

Starlin Castro and Martin Prado will most likely be gone by August. Justin Bour is decent. He’s the second best player left in terms of 2017 WAR. Best player? J.T. Realmuto, their one young star. And guess what? He’s disgruntled. Cameron Maybin is basically replacement level. Derek Dietrich is moving to left field, so consider him replacement level as well. Miguel Rojas owns a monkey mask. Their starting rotation is okay. Their bullpen is old. Brad Ziegler gave up Roger Maris’ 61st home run. Junichi Tazawa gave up Sadaharu Oh’s last home run. Outside of the seven walk-off wins they’re going to get against the Mets, why would anybody pay money to watch this team after the fourth fire sale?

It’s really easy to slam on the Marlins for a number of reasons. A lot of their wounds have been self inflicted. From Wayne Huizenga to Jeffrey Loria, from Joe Girardi to Muhammad Ali, to running out of hot dogs on Opening Day. The Marlins can survive all that. But if there is a point where Major League Baseball decides once and for all that baseball can’t work in Miami, the passing of Jose Fernandez will be looked upon as the downturn of baseball in Miami.

That’s not to say it’s going to happen. It’s not in the interest of assigning blame or guilt for what may happen, and it’s certainly not an argument as to the most important effect of three men dying. But the Marlins were a relevant franchise in 2016 with a wave of young players on the rise. If Fernandez is still with us, are all of those other players still traded? Maybe Fernandez does go to the Yankees as he once told Giancarlo Stanton. But there’s a difference between players leaving via free agency, which is business as usual, than players dying which cast a pall over entire organizations. I’m not saying the Marlins will move because of this. But if they do, this is definitely something to point to, especially if this new ownership group can’t bring this team back to relevance.

Lewis Brinson There’s no player or three players that are going to mean the difference between playoffs or not, over .500 or under. But there are players whose performance will tell the story for future seasons. Whether they be prospects who will be with Miami in the future, or players who will perform well enough to bring the Marlins a good haul of players for the future. Brinson, who came in the Yelich deal, is the former.

J.T. Realmuto Realmuto is the latter. I don’t know how much Realmuto’s performance in 2018 will affect his value. If he plays well, that doesn’t change the fact that he’s a good young catcher who any team should covet. If he doesn’t, well … all his friends have been traded and he’s depressed. (I know the feeling.) So then he becomes a “change of scenery” guy. (He probably is already.)

Martin Prado Like Realmuto, Prado will most likely start the season on the DL. This is somebody who the Marlins will depend on having a good season to drive up his value for a trade. With a season and a half left on his contract come July, a healthy and productive Prado will bring back something decent from a contending club. That’s really all the Marlins can hope for.

This team won’t even be entertainingly bad. They’re going to be bad enough to be boring, and not even Billy the Marlin can save them in the entertainment department. (There’s a new guy in the suit so he’s going to have growing pains too.) But there’s just enough on this roster to compete on a nightly basis, even if they lose on most nights. They’ve alienated a lot of their former players so no “Jeff Conine Night” to look forward to. They could celebrate the 20th anniversary of the 1998 team from the first fire sale. But they’d probably be tempted to sign most of them to actual contracts. (They’d have to work out a trade for Bonilla, since he’s still on a payroll. I don’t know if you heard that.)

I can’t even make this team sound interesting.