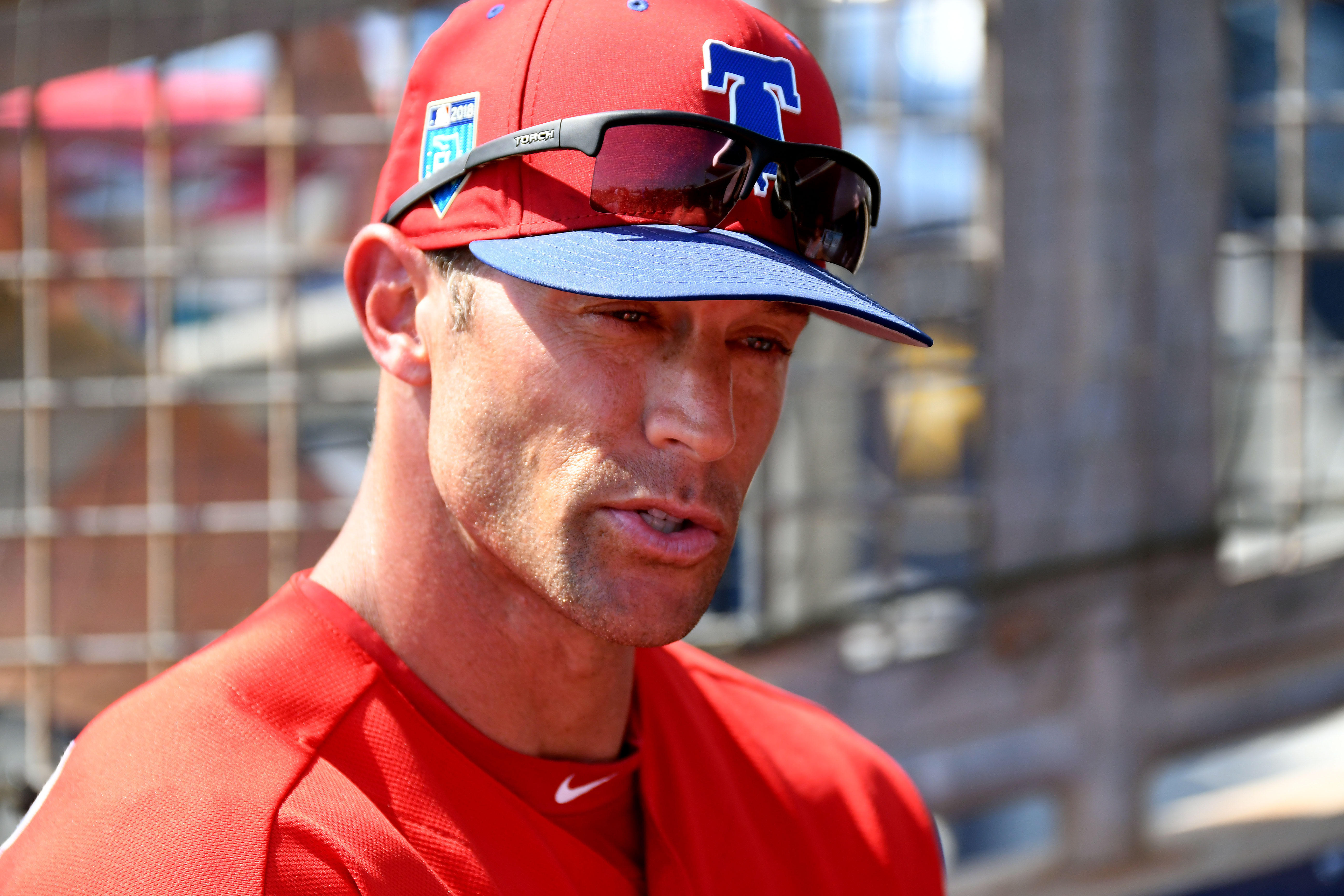 If this is indeed the last season of the dominance of the Washington Nationals, then when the N.L. East becomes wide open, the Mets and Phillies could begin a very interesting race to the top of the division. The Phils are very much like the Mets this season: A bad team turning over the reins to a rookie manager to help change the culture of the team.

Gabe Kapler is probably the most important addition to the Phillies. He spent the last four seasons as the farm director for the L.A. Dodgers, and the results up and down the organization speak for themselves. Check out the records of the 2017 Dodgers and their affiliates:

For those scoring at home, that’s all but one team with a winning record at a combined 149 games over .500. With Kapler’s regimen of better eating and better living, it’s not a coincidence.

“More than anything else, and this is not just my concept, but I’m looking for a more holistic approach to player development. It’s a more holistic approach to human development. So we’re thinking about the player from every different angle — his health, his well-being, his mind-set, his confidence level, his mechanics, his approach at the plate, his approach on the mound, holistically addressing them so as not to miss any little detail.”

On the field, the Phillies just made their biggest splash by signing Jake Arrieta to a 3-year $75 million contract. Conventional wisdom says that Arrieta is in a steep decline, Citizens Bank Park is a terrible place for him to pitch, and that he was severely overpaid. I’m not so sure about any of the three. To go backwards: I don’t think this was so much of an overpay. The AAV is high, but the Phillies have some extra money to burn and they’re showing teams that they’re serious about building a winner. Signing Arrieta may be less about Arrieta and more about Bryce Harper in 2019. The Mets never would have signed Carlos Beltran had they not overpaid Pedro Martinez by a year in 2005. Perhaps Arrieta is the difference when it comes to Harper next season. And if not, then at least there’s a reasonable chance that they’ll have a two year window where Arrieta is a Phillie and Harper is out of the division.

Second, he may be going to a park which is rough from the standpoint of giving up home runs, but in terms of hits and runs, Wrigley Field was a better park for hitters than Citizens Bank Shoebox in Philly in 2017. And the numbers fluctuate from year to year. But Citizens Bank’s problem isn’t so much the runs and the hits as it has been the home run.

Outside of that blip which is the first half of 2017, these numbers are remarkably consistent when it comes to WHIP. And the second half of 2017 featured an August in which Arrieta started six games, gave up only one home run, had an ERA of 1.21, and went 4-1 before a hamstring strain made his September more normal. Best case scenario: Arrieta keeps the home runs at an acceptable level, he anchors the staff for three seasons and he’s the reason they sign a really big fish next winter. Worst case scenario, his professionalism rubs off on Aaron Nola and Jared Eickhoff and the next step in their careers come quicker and stride longer. This isn’t a terrible signing.

No less important to the culture of the team is the Carlos Santana signing, which seems like it was a season ago the way this winter has gone. But adding a 25/85 guy to the middle of your lineup which features a young star like Rhys Hoskins can’t be overstated. Said signing moving Hoskins to the outfield will be interesting as well. How Hoskins transitions to the outfield will be a key item to watch with the Phillies this season.

Vince Velasquez: Yeah, you forgot about him, right? Velasquez started 2016 with an 8-3 record and 114 K’s in 102 and 2/3 innings. It’s been downhill since then. Now armed with Arrieta and Nola at the top of the rotation with Jared Eickhoff holding down the third spot, if the Phillies get any sort of resurgence from Velasquez this could be as deep a rotation as any in the N.L. East.

Nick Williams: Williams hit .288 with an OPS of .811 in half a season with the Phillies last year, and he is on top of the depth chart in right field. Entering his first full season, he could continue his ascent into the hearts of the Philadelphia sports fan. Or he could go the other way. Much like …

Maikel Franco: Franco also hit well in his half season with the Phillies in 2015. Since then he has seen his OPS+ go from 130 to 94 to 81, and he’s lost fifty points off his batting average. This will most likely be his last chance to shine as a Phillie, as there is a very tantalizing replacement possibility who is currently playing shortstop in Baltimore and will be a free agent next winter.

Here’s the cool part about being a Phillie player, manager, or front office type this season: Phillies fans, known for being discerning about their baseball team but not about their projectile vomit, are going to be chanting E-A-G-L-E-S EAGLES! until about August. So this team, while the expectations are ramped up, aren’t going to have the pressure on them like, say, the Washington Nationals … who are World Series or bust. The Phillies are playing the long game, and that will give them the luxury of having a “feel good” year before the expectations rise to the top of the mountain in 2019.