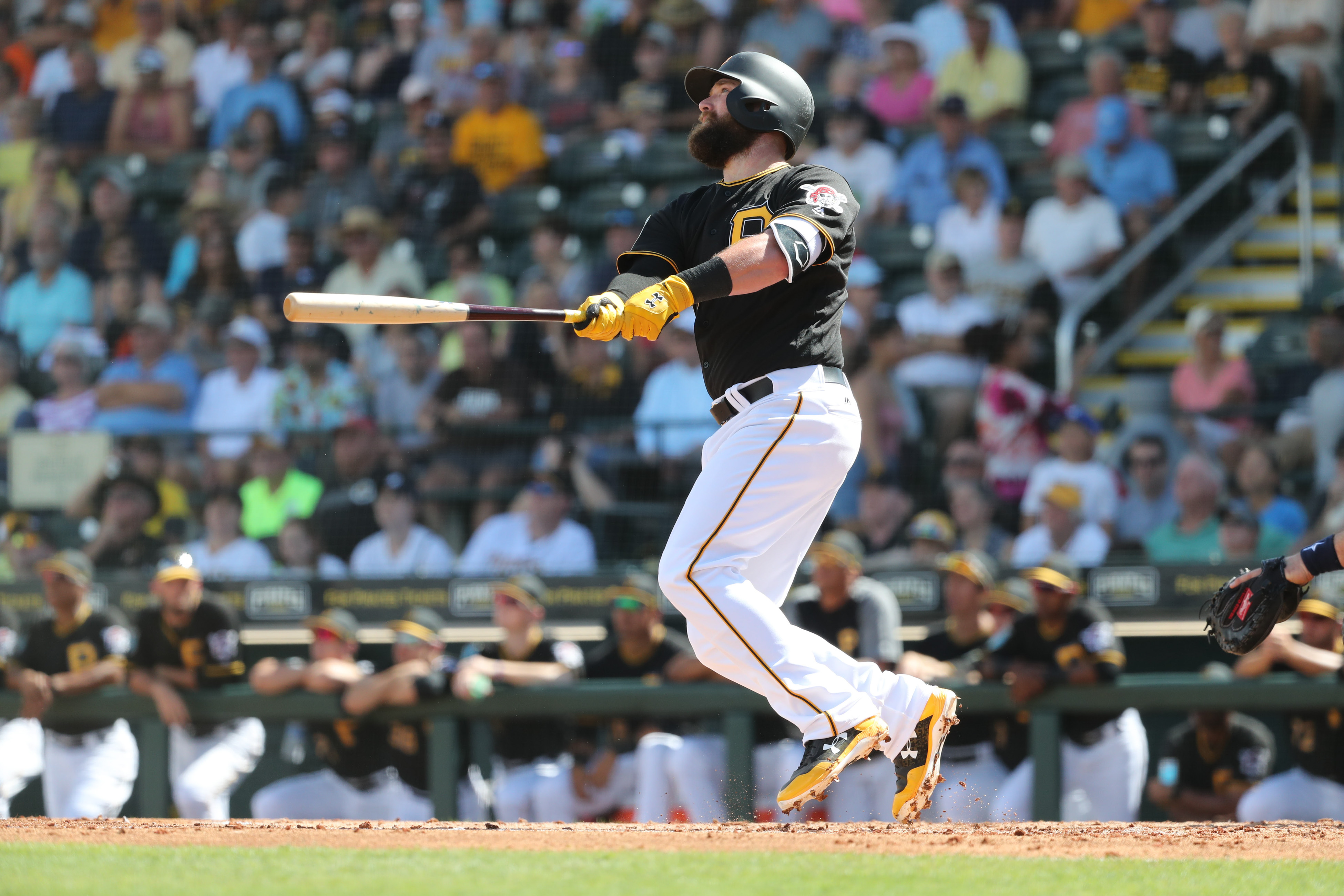 The New York Mets added to their outfield depth earlier this week when they claimed Bryce Brentz off waivers from the Pittsburgh Pirates, MetsBlog.com reports. Brentz, 29, is a former first round pick of the Boston Red Sox, who selected him 36th overall in the 2010 draft. The Red Sox are the only team for which Brentz has big league experience, batting a combined .287 in 34 games with the team between 2014 and 2016. Brentz hit 31 home runs for Triple-A Pawtucket last season before he was designated for assignment over the winter. The Pirates traded for him at that point, but he failed to make the team’s Opening Day roster.

Since Brentz is out of minor league options, the Pirates had to waive him to try and get him through to Triple-A, but the Mets claimed him. The idea here appears to add some outfield depth to the Las Vegas roster, which at this point consists of Matt den Dekker and a bunch of random prospects. Brentz appears likely to be the Travis Taijeron of 2018, a reserve the Mets hope not to need if everything is going well. The Mets will need to pass Brentz through waivers to get him to Triple-A, so it remains to be seen if he will clear and get to Las Vegas.