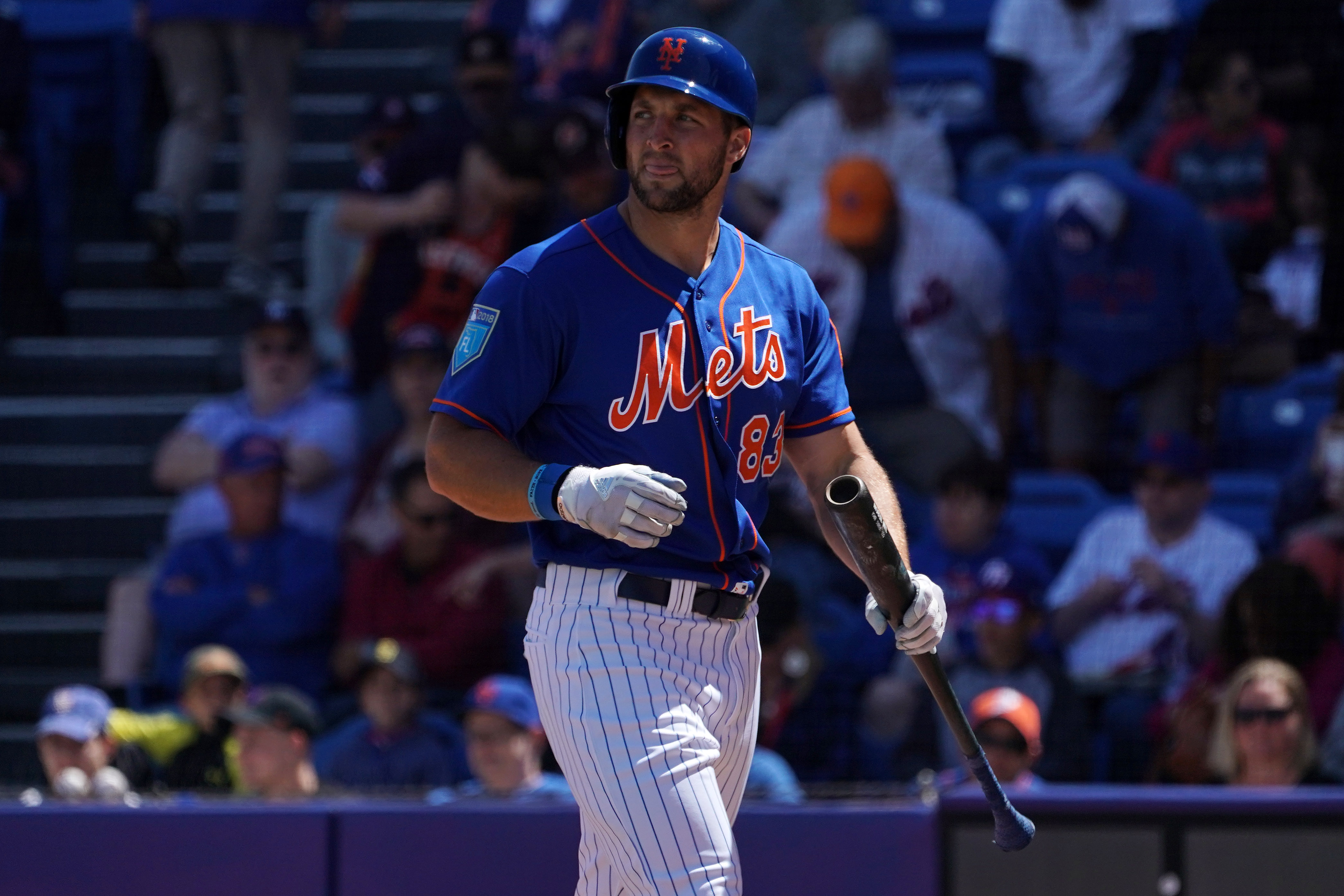 The traveling road show that is Tim Tebow is one step closer to the big leagues. The New York Mets have opted to assigned Tebow, the former NFL quarterback, to AA Binghamton, Anthony DiComo of MLB.com reports. This is an aggressive decision from Mets’ General Manager Sandy Alderson, who has vowed to push Tebow hard in his quest to reach the major leagues. Tebow split time between Low-A Columbia and High-A St. Lucie last season, batting .226 with eight homers in 126 games. The Mets used Tebow a bit in spring training this year, where he picked up one hit in 18 at bats to go along with 11 strikeouts.

Tebow was hampered by an ankle injury he suffered after tripping over a sprinkler head, but don’t mistake the decision to put Tebow at AA as a performance based one. This is solely based on juicing the ticket sales for the Rumble Ponies, a fact the Mets won’t publicly admit but is a perfectly legitimate use of Tebow. There remains little chance that Tebow ever makes the majors unless it is as a September call up in a lost season, so the fact that the Mets continue to publicly act like this is anything but an entertainment signing remains strange.