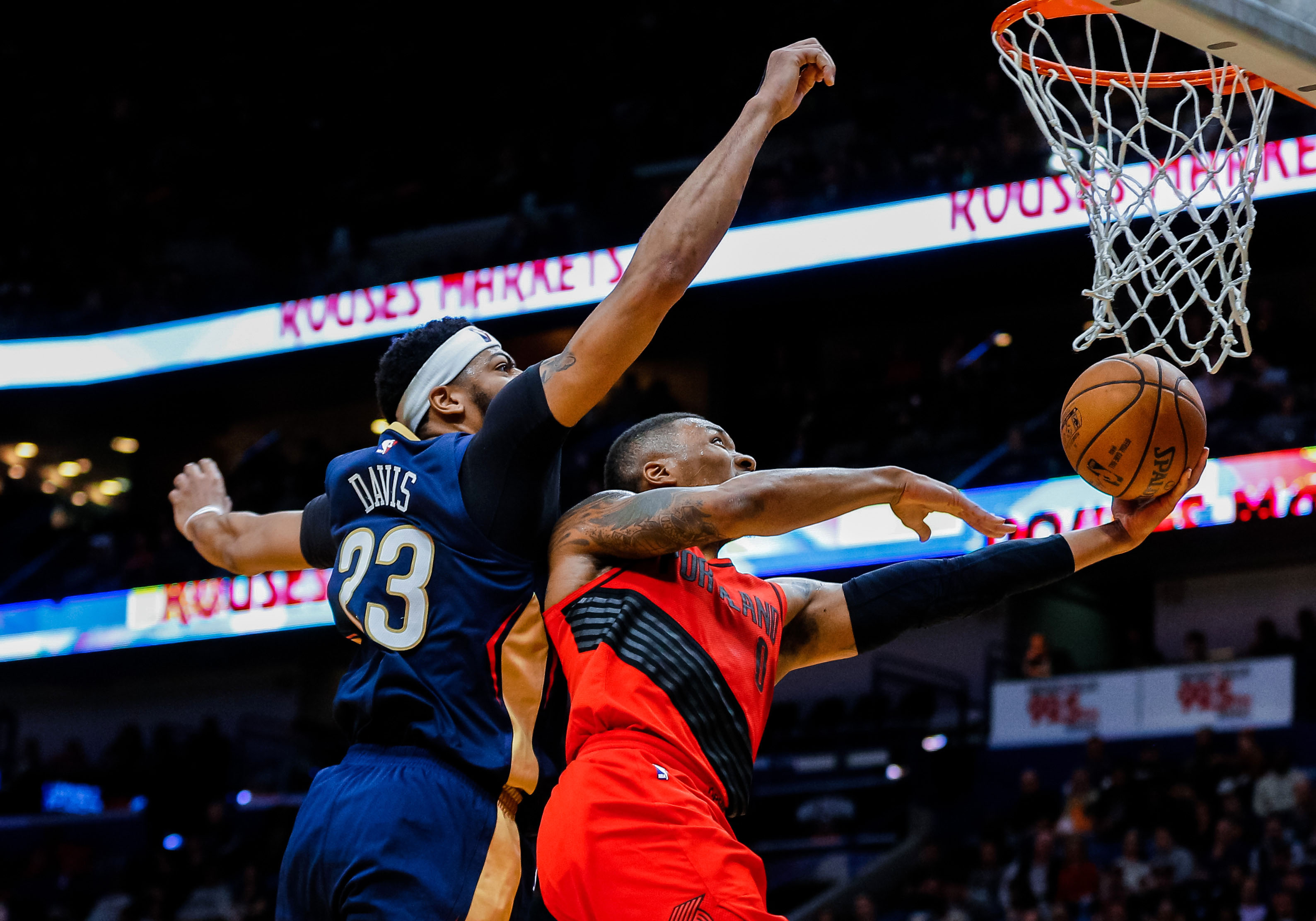 New Orleans,LA- The New Orleans Pelicans took on the Portland Trailblazers in the Smoothie King Center Tuesday night. The Pelicans needing to finish strong in the west with an final eight NBA games remaining. The Blazers led by the Lillard/McCollum tandem who were looking to  keep well ahead of the rest of the pack in the west. The Pels were playing without starting point guard Rajon Rondo (wrist) but were going pretty well.

The Pelicans shot 46% from the floor & a dismal 17% from the three-point line. The Pels superstar forward Anthony Davis posted 36 points 14 rebounds & 6 blocks in 38 minutes despite the fact he slightly twisted his ankle on an attempted rebound play. Pel guard Jrue Holiday added a double double almost a triple double with 21 points 11 assists & 9 rebounds in 40 minutes of play. New Orleans battled the Blazers down to the final two minutes where Portland took advantage.

The Pelicans star guard Damian Lillard scored 20 of his 41 points in the fourth quarter elevating Portland to a close win 107-103, evening the season series at 2-2. New Orleans committed 16 turnovers but were in the game late, the Pels played better defensively but when your playing a team like Portland you can’t make to many mistakes. The Pelicans bench struggled mightily to help out, even Nikola Mirotic had a difficult time putting up only 2 points 4 rebounds in 20 minutes.