Despite facing uphill battle, these young Knicks have hope 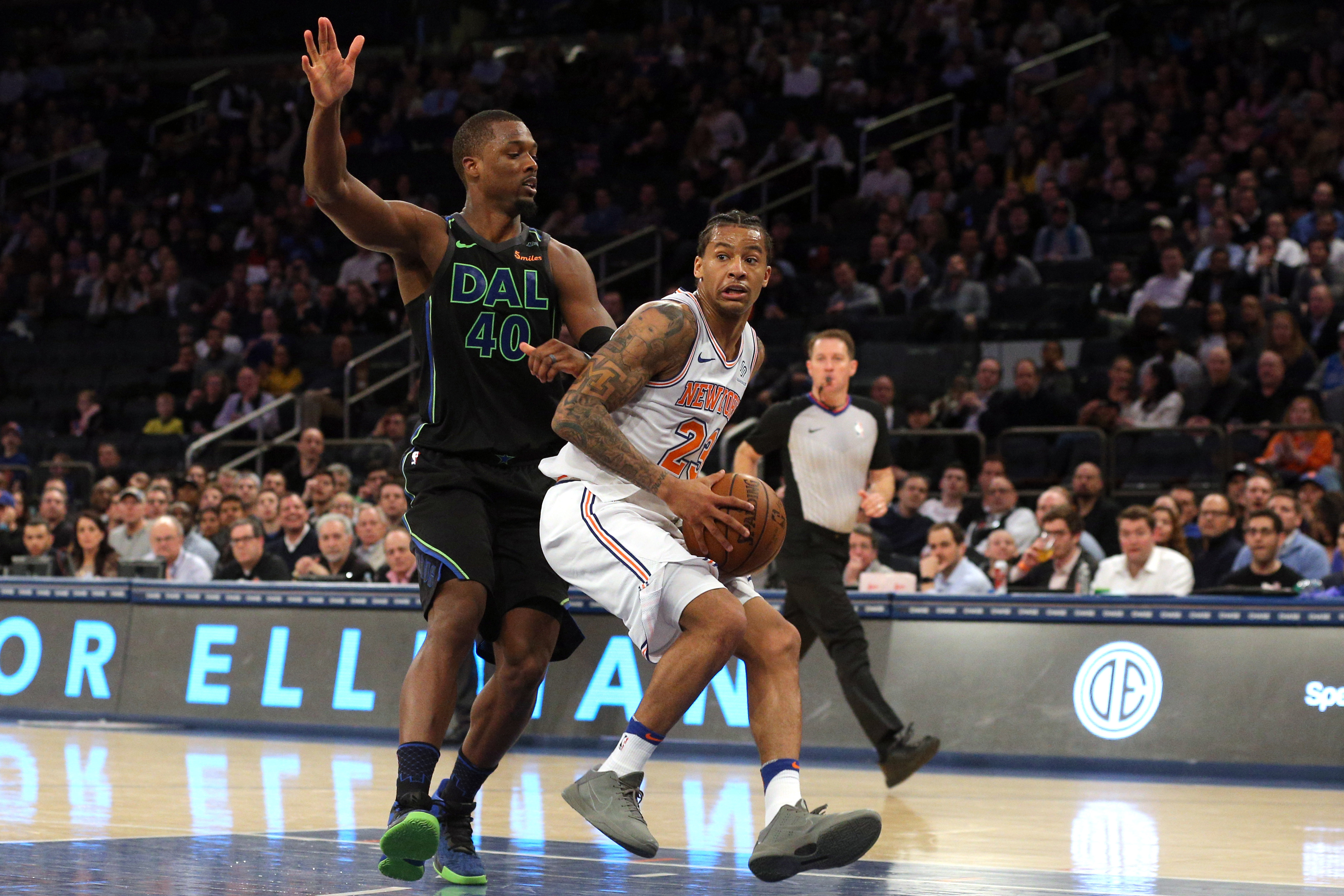 Despite facing uphill battle, these young Knicks have hope

During Wednesday night’s loss to the 76ers, the Knicks got (another) close up look at the success a rebuilding team could discover at the light at the end of the tunnel. Though it came at the long suffering of their fan base, Philadelphia trusted the process, bit the bullet, and unquestionably tanked over the last five years. What followed, however, was the ability to secure three of the last four number one overall picks (via lotto or trade) in the NBA Draft. In Joel Embiid (2014), Ben Simmons (2016), and Markelle Fultz (2017), the 76ers boast generationally talented players who not only have the ability to change the fortune of the franchise, but also the league as a whole. All three players are under 25 and the future will be bright for years to come. Ironically enough, Philadelphia has appeared to streamline the process (just a bit) this season. The promise of the aforementioned prospects enticed a slew of talented veterans and complementary players to join the party. Such a combination has given way to a formidable squad. As the regular season nears its end, the 76ers are battling LeBron James’ Cavaliers for the third seed in the East.

But enough about what’s going on in Philadelphia. While the Knicks could learn a thing or two from the culture their opponent has created, it’s unlikely they’ll be blessed with the same level of fortune. Some call it luck and some call it strategy, but the fact of the matter is New York won’t be hitting the lotto three out of four times. They don’t have the assets to reel in such picks, either. What’s more, Steve Mills and Scott Perry deal with an antsy fan base and probably have a smaller window of opportunity to make things happen.

The Knicks don’t boast the same starry potential Philadelphia does, but the front office is arguably doing the best with what they’ve got. Given how much Phil Jackson diluted Carmelo Anthony’s value (his contract and no-trade clause didn’t help matters), the new front office tandem’s return haul was very good. Enes Kanter would have received an all-star nod if playing for a postseason contender. He’s had a terrific year with averages of 14.1 points and 11 boards and currently ranks amongst the league-leaders in field goal percentage, rebounds, and offensive boards. The acquired second round pick (via the Bulls) will be a favorable selection. Sensing that sharpshooting Doug McDermott would garner a price they wouldn’t pay this summer, the front office flipped his expiring contract for former lottery pick Emmanuel Mudiay. The seventh overall pick in 2015 certainly has defensive vulnerabilities and needs more time to acclimate himself to new teammates and surroundings. Still, he’s shown flashes of strong play when provided a boost of confidence. He led the Knicks with 22 points off the bench, despite Wednesday’s loss. The young gun is only 22 years old and is signed through next season, so he’s worth the gamble. This additional young asset makes the Anthony deal look even better when connecting the dots.

Phil Jackson turned his back on rookie sensations like Donovan Mitchell and Kyle Kuzma, but the current staff is doing its best to develop Frank Ntilikina. His defensive prowess — and potential to become an elite player on that end of the floor — are undeniable. Offensively, New York is looking to take some pressure off and bolster his versatility by having him serve as an off-the-ball guard. This team desperately needs a floor general so that’s not ideal, but at least they’re using this transition period to explore.

Speaking of point guards, Trey Burke has turned out to be another revelation. Though he was the ninth overall pick in 2013, the 25 year old is already with his third NBA team. Nevertheless, he’s averaging 17.5 points and 4.8 assists over his last ten games. He’s provided quite the spark and has demonstrated potential to run the offense. There’s still work to be done. The same can be said about Troy Williams, the athletic swingman who the Knicks scooped up after he was released by the Rockets. He’s a bit raw offensively, but he’s tremendously active and simply makes things happen on both ends of the floor. Averaging 6.1 points on 48% shooting, Williams has played good minutes off the bench while working hard to give New York what they’re looking for. Like Mudiay, Burke and Williams are also signed through next season.

Perhaps it’s not the best model for success to continuously roll the dice on players other teams have swiftly discarded. Having said that, the Knicks appear to be taking chances on the right ones. The front office didn’t walk into as fortuitous of an opportunity as Philadelphia, but they’ve played the hand they were dealt relatively well. So what comes next?

To see how all the pieces collectively come together, the Knicks are anxiously awaiting Kristaps Porzingis’ return so that he can lead the charge. Given Perry’s Michigan ties, it would make sense that Tim Hardaway Jr. remains a part of the core along with Ntilikina. Can the same be said about Kanter? It certainly should be. Kanter has exceeded expectations and given this team an injection of passion, leadership, and hard work ethic. Trading Willy Hernangomez, who had two more years remaining on his contract, remains the bigger head-scratching move this front office has made. Why give up on him so quickly with plenty of time to roll the dice? Following his departure, the Knicks should double-down on the 25 year old Kanter, so that the promise of the frontcourt remains intact. The center has earned it and the Knicks can’t afford to create any new holes.

While the 76ers should be considered an ideal role model for a successful rebuilding project, the Knicks are doing things their own way. There’s still plenty to look forward to, given the building blocks Mills and Perry have continued to put in place.