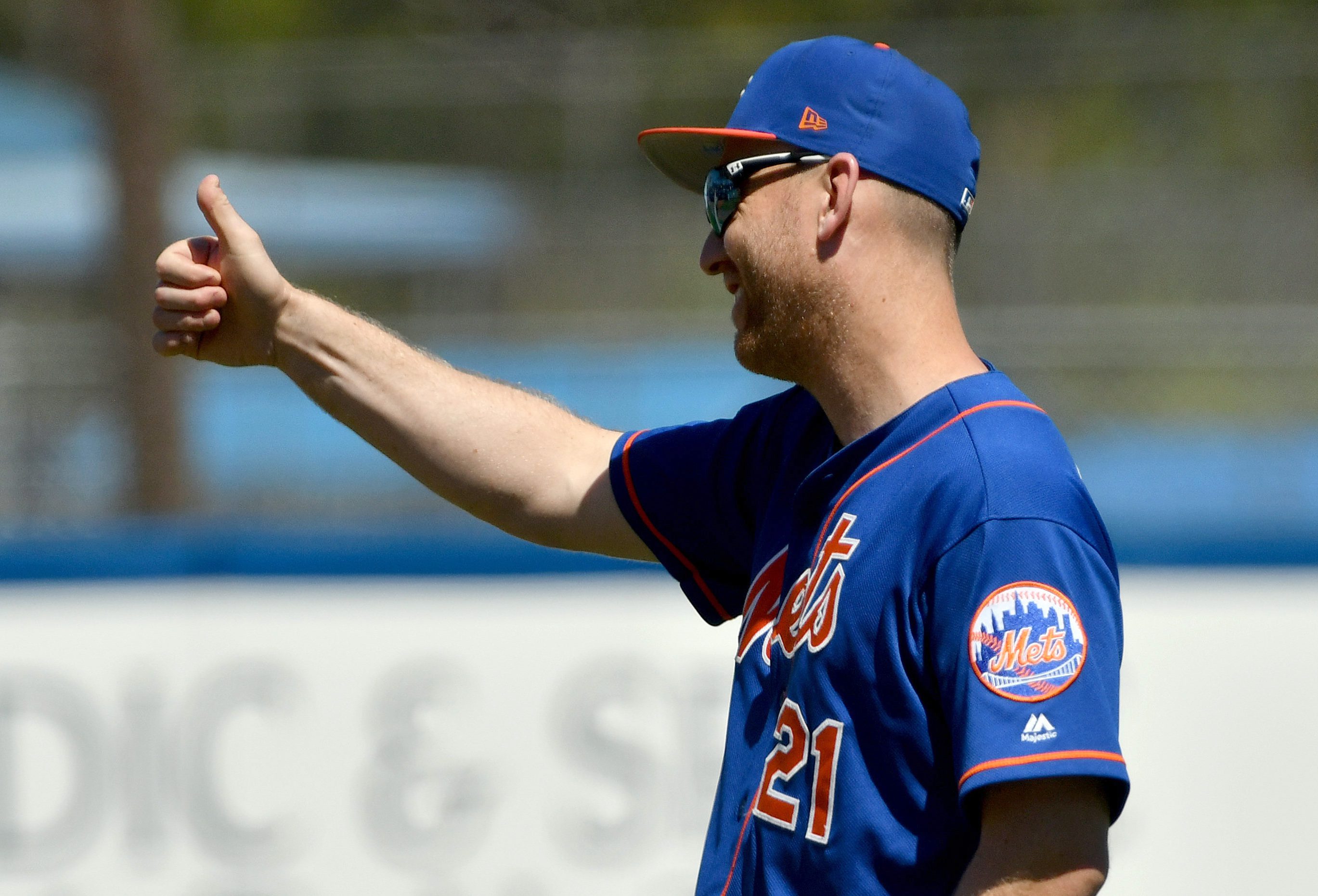 Consider yourselves lucky, kids. You’re getting not one, but TWO Mets previews in two days! The first one came yesterday. The second one is the denouement or our “Know Your Enemies” series. If you would like to relieve those, you can find Philadelphia, Miami, Atlanta and Washington at the tips of your fingers. If you have all of those under your belt, then you’re ready for what’s about to come.

Key Subtractions That Were Actually Subtracted Before 2017 Ended

Key Subtractions Who Are In The Minors

Who Did I Forget?

Who Did You Forget?

I have to admit, for a team that usually makes one or two moves a season for show, the 2018 Mets is significantly different enough from 2017. While there could have been a couple more changes this team could have made, the amount of change undergone is refreshing. It’s certainly refreshing from the 2016 offseason, where they didn’t add one major league contract from another team. Did they change enough? Did they spend wisely?

Of course, it starts at the top with manager Mickey Callaway and pitching coach Dave Eiland. We’re about to see if their new pitching regimens will keep the staff healthier. But we already know that there’s a renewed commitment to accountability, as evidenced by their handling of Zack Wheeler. For as much bluster as some once gave about losing some of the people who were in charge, I’d be willing to bet money that the changes up top will be to their benefit. Physically, and psychologically.

The focus has been largely on the starting rotation. But what will set this team apart from the back of the pack is how they handle the bullpen. When is the right time to bring Jeurys Familia in before the ninth inning? Who is the best pitcher to back him up when he does that? How can A.J. Ramos be more consistent with his slider? When is the right time to let Jerry Blevins face a righty, and when is the time to stick to the script? How can Jacob Rhame be best deployed? How can we keep Anthony Swarzak’s new found mechanics consistent? How can Seth Lugo make a seamless transition to the bullpen when Jason Vargas is ready?

And most importantly: How can we keep this pen from being burnt out by May? This has been a persistent problem over the past few years, and while Mickey Callaway’s experience will be invaluable, he will be hung up with other duties as a manager. That’s why Eiland is such an important choice to be Callaway’s lieutenant. The familiarity the two have with each other combined with Eiland’s talents on his own will be just as important to the Mets as the hiring of Callaway.

Now bare with me, because there’s a lot of them this season.

Brandon Nimmo/Michael Conforto Nimmo will be a very key player until Conforto comes back from injury. while Nimmo is simply a fill in, he will also be the leadoff hitter on a team that as of now really has no true leadoff hitter. If Nimmo comes close to what he did in spring training while he’s filling in for Conforto, the Mets will have to find a way to keep him in the lineup, which is a good problem to have. If Adrian Gonzalez goes the way of the dodo bird, Jay Bruce may have to dust off his first baseman’s glove to keep Nimmo at the top of the lineup.

Matt Harvey/Steven Matz You’ve heard me say it before. The “Five Aces” rotation is about as realistic as seeing Bigfoot. Even if they finally do get a turn in the same rotation doesn’t mean they’re going to get 30. And it is totally unnecessary to a team’s success. Nobody needs an ace as their fifth starter. But what is critical to the success of the Mets is for one of Harvey and Matz to escape the haunted houses they had built for them and either return to or become the pitcher we all expect them to be. 15-9 and 3.50 with a 1.20 WHIP would be more than enough from the third rotation spot. And it doesn’t matter who does it. (My money is on Matz, but whoever wants it should go and grab it.)

Jeurys Familia He’ll start as the closer, and in this bullpen with this mananger and this pitching coach, he’ll be expected to do more. It was the role that Addison Reed was supposed to blossom into in 2017, and if he had Callaway and Eiland guiding the ship, maybe he would have had it. But Familia has the most talent in that ‘pen, and his success is critical.

Kevin Plawecki This is a weird one, I know. A backup catcher being a key player? Well yes, because we’re not sure what Plawecki is, and this is the season he’ll have a chance to step up and reach for his ceiling, which he still might not be anywhere near. I’ve/we’ve seen Travis d’Arnaud enough to know reasonably who he is as a player at this point. (Just as we reasonably know what we’re going to get from 162 games of Yoenis Cespedes or Jay Bruce.) I’m not sure we’ve seen enough to know about Plawecki. We’ll see it this year. The answer to that question will tell a big part of the story for the Mets.

Todd Frazier I’ll throw the Toddfather in because when you sign a .220 hitter to be a middle of the order presence, you get killed in this town … unless you sign a .220 hitter who has been called a “positive clubhouse influence”. Then the biographies get written at the beginning of the season with the only blanks to fill in being which postseason game and which inning he got that key hit in. To me, his defense at third base and his batting average will be an important part of the Mets’ success. But to many, it’s much more important for Frazier to be a leader. On this roster, I’ll even admit that isn’t totally inaccurate.

Yeah, that’s a funny word. Used in hospitals, mostly. You get the joke, right? The Mets end up in hospitals. That’s funny!

Seriously. My prediction will be fair and balanced. Though this is around the time of year that I start to dream about Game 7 of the World Series against the Yankees, where Yoenis Cespedes hits a grand slam in the bottom of the ninth against Aroldis Chapman to win a 13-12 game. So I do allow myself to dream. As for this team, Sandy Alderson did enough to get you in the ballpark. Now it’s up to Callaway, Eiland, and the players to take this the rest of the way.

Relatively full health, as you would guess, will give the Mets a chance to bounce back. The starters look good, and I’m encouraged that the bullpen will not feature Hansel Robles. Yoenis Cespedes and Jay Bruce look ready, and Brandon Nimmo could be a revelation. The other part of the equation will be how they do against the Nationals, as the head-to-head record has been a huge part of how the two teams finished relative to each other the last few seasons. Although I do think the Mets are close enough to the Nationals where is a few things break either way, it could be the Mets winning the division, I think the Nationals are just a little bit better. So I’m going to be conservative in my outlook.

Now, if the Mets get frisky and decide to go get Greg Holland, I reserve the right to amend this.

Hall of Very Good 41m ago