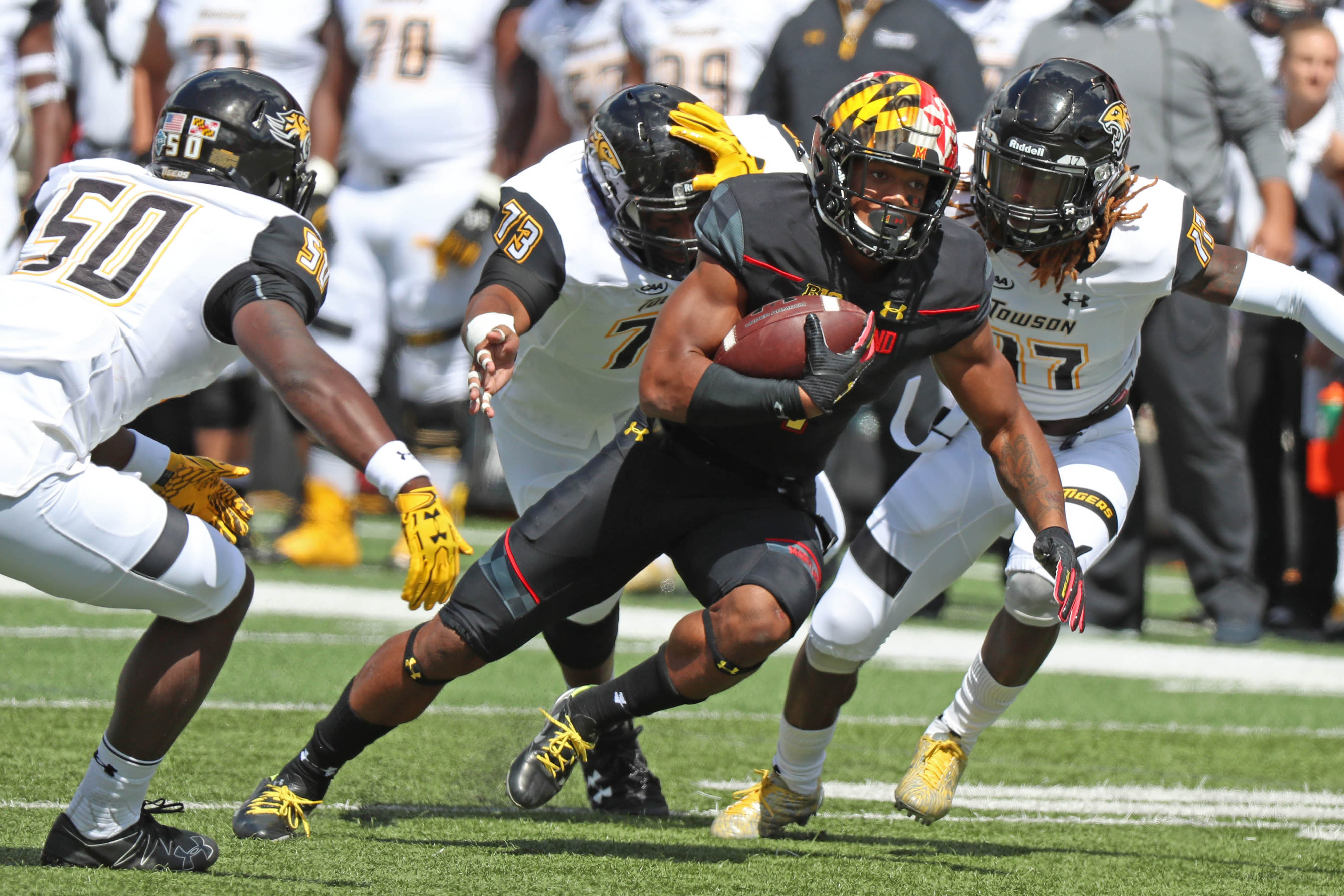 The Philadelphia Eagles could be looking to give franchise quarterback Carson Wentz another weapon in next’s month NFL draft. According to Draft Analyst’s Tony Pauline, the Eagles are scheduled to work out Philadelphia native and former University of Maryland wide receiver D.J. Moore next week.

Moore had his pro day on Wednesday and reportedly did not disappoint the scouts in attendance. The former Imhotep Charter standout is quickly rising up draft boards, after having an outstanding NFL combine performance.

It is not shocking to see the Eagles scheduling a workout with the former Terrapin as they reportedly met with him during last month’s combine.

Moore had a ridiculous three-year career at Maryland, which saw him rack up 2,027 yards on 146 receptions for 17 touchdowns. Furthermore, he was the Terrapins’ most reliable wide receiver and that showed this past season.

In 2017, Maryland had four different quarterbacks under center, but that did not stop Moore from being one of the best players in the Big Ten conference. He had a career season, finishing with 80 receptions (school record) for 1,033 yards and eight touchdowns.

When you put on his tape, you can see why teams are intrigued with Moore as a prospect. He catches every pass that comes his way, strong, good size, and has the breakaway speed to turn a small gain into a big play.

Outside of those good qualities, he is still not a crisp route runner yet and could improve on 50-50 balls. However, Moore still has the tools to be a good outside wide receiver in the NFL.

In terms of the Eagles, Moore would be a great addition to their offense with the No. 32 pick in the draft. They could use him on the outside to compliment Alshon Jeffery on the opposite side of the field.

Even though Philadelphia just signed Mike Wallace to be their deep threat option, Moore brings more to the table and that could make Wallace expendable if he does not pan out in the preseason.