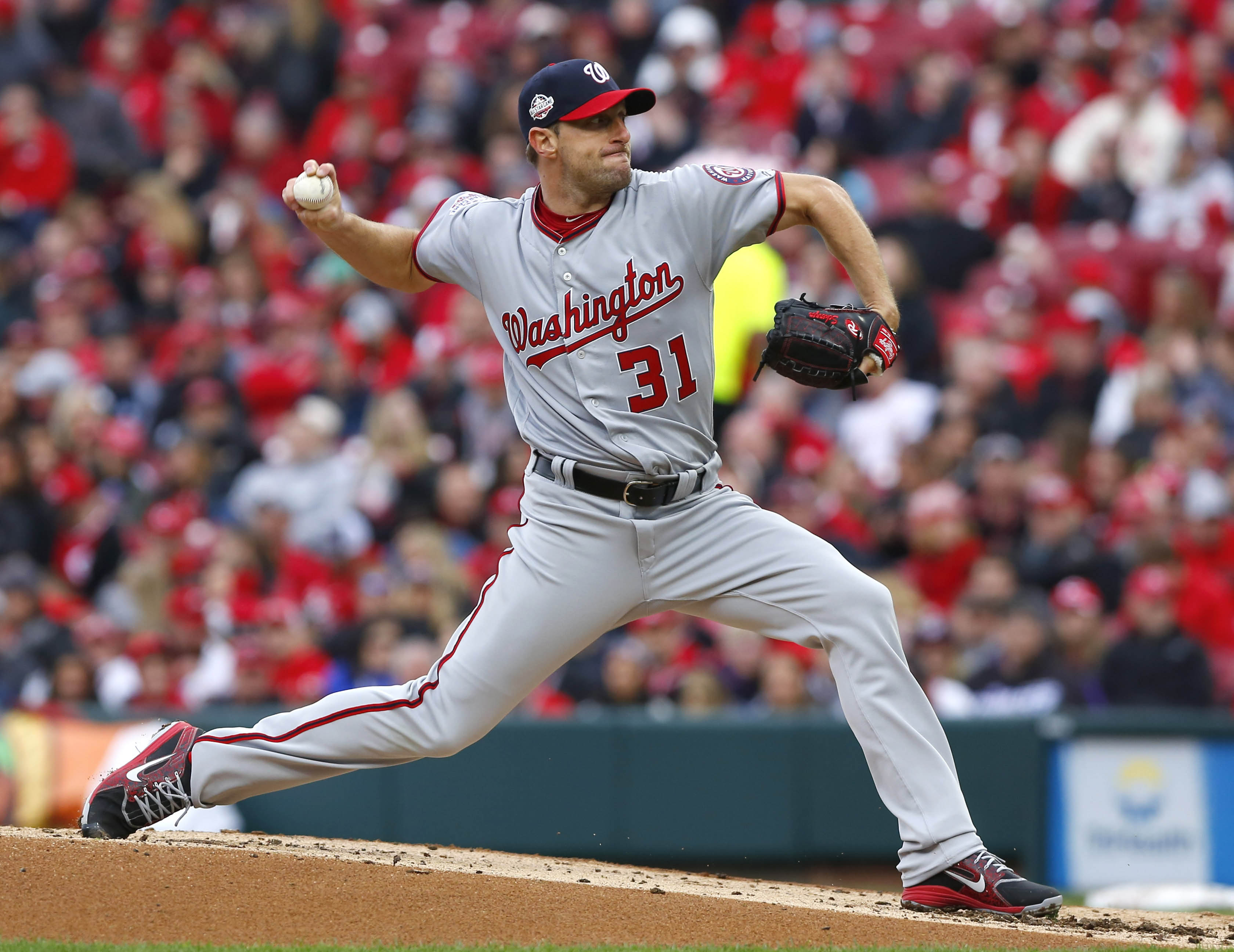 The 2018 regular season got started a day late for the Washington Nationals, but it was business as usual for them with ace and two-time defending National League Cy Young award winner, Max Scherzer.

The Nats are a team with championship aspirations — they held an 89.2% chance of reaching the postseason prior to Friday’s win. A lot of pressure will be on them and first-year manager, Dave Martinez, to not only finally get out of the first round, but to also make a deep run into October before having to deal with Bryce Harper entering free agency.

If they want a chance at accomplishing such a goal, Scherzer is the guy that needs to lead the pitching staff. And all he did against the Cincinnati Reds Friday was something we’ve gotten used to seeing from the right-hander — he went 6 strong innings, allowing 5 hits, 1 walk, and 10 strikeouts en route to a 2-0 victory.

It also helped remind us how common Scherzer has hit double-digits strikeouts in recent years.

That’s par for the course for him. pic.twitter.com/nrE7yvTcvf

He’s been pretty good at this recently, too — Scherzer whiffed at least 10 batters 15 times in 2017, including a streak from May 4th to July 15th where he either met or surpassed that number on 11 different occasions in a 15-start span (with a six-start streak in the middle of it all).

Racking up a bunch of K’s in a Nats uniform isn’t anything new for the right-hander — he’s posted a strikeout rate above 30.0% in each of his first three seasons in Washington. It’s actually increased each year and has been supported by a swinging-strike rate that’s never fallen below 15.3%.

The 2017 season was his best in both respects. His 34.4% strikeout rate and 15.5% swinging-strike rate were second among qualified starters, but each of those numbers were top-five marks in baseball when we look at single-season starting pitcher performances since the turn of the century.

Despite someone with the kind of mileage that Scherzer has on his arm (he’s thrown at least 170 innings each year since 2009), the right-hander feels he can get even better upon getting his age-33 campaign underway. And with the kind of trajectory he’s been on since joining the Nationals, it’s not hard to believe he can continue taking things to another level.

Unless things go completely off the rails, Washington will once again likely have one of baseball’s best rotations in 2018. It helps to have Stephen Strasburg and Gio Gonzalez around (who both finished in the top-six of NL Cy Young award voting last year), along with Tanner Roark and the potential that A.J. Cole can bring to the table.

However, this group just wouldn’t be the same without Scherzer setting the tone at the top, which is exactly what he did on Friday against the Reds — something we’ve seen him do countless times in recent years.