No one wins in latest predicament between Islanders and Ho-Sang 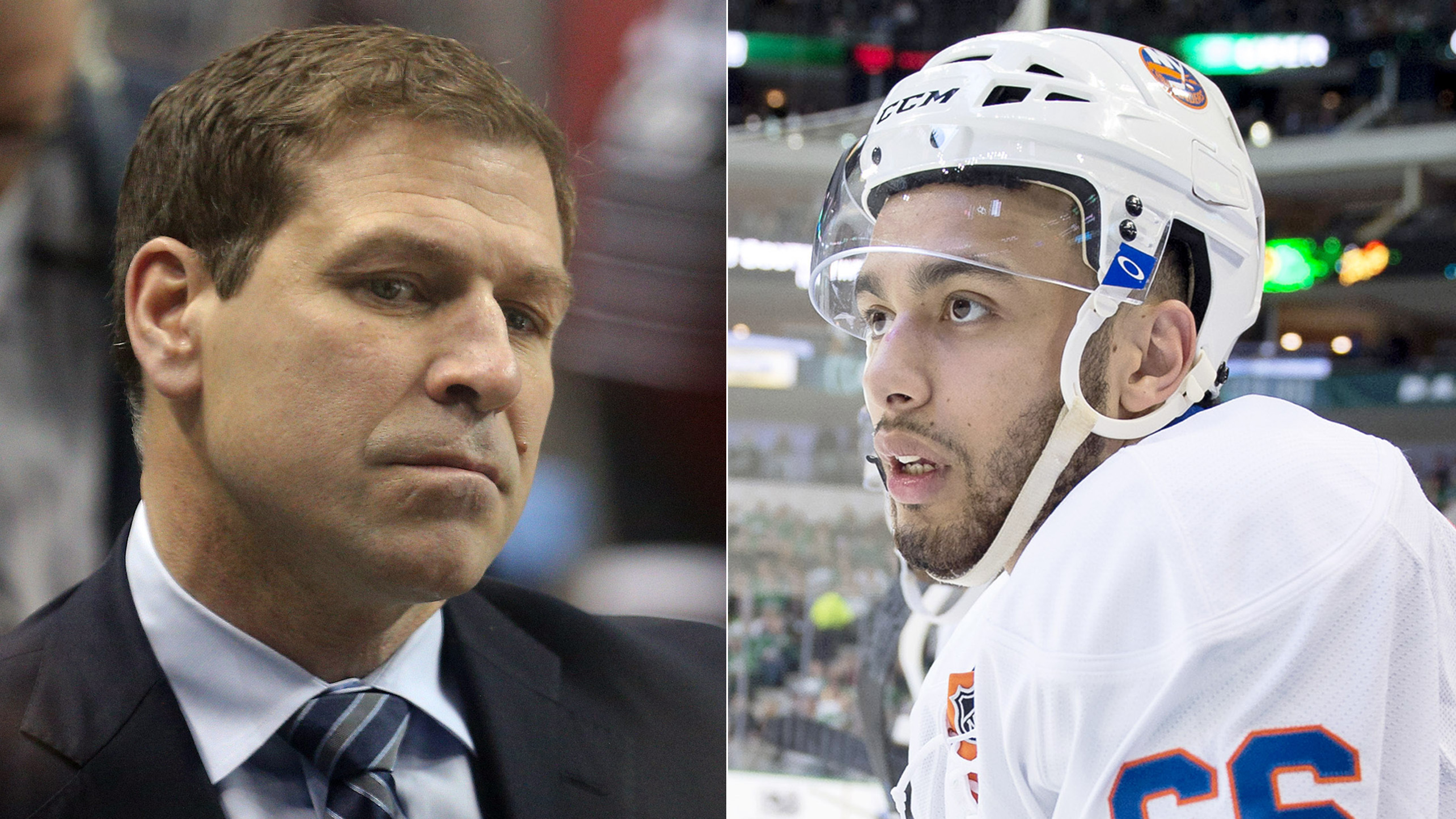 No one wins in latest predicament between Islanders and Ho-Sang

EAST MEADOW, N.Y. — Doug Weight was well aware of the comments made by prospect Josh Ho-Sang by the time he met the media on Friday morning following the team’s morning skate on Long Island.

“I did see them,” Weight started off saying before diving into a lengthy reaction to the comments that had been permeating across Islanders country for the previous 24 hours. Ho-Sang, the talented and sometimes outspoke prospect, had been quite frank in an article on The Athletic about his frustration over how things have been handled this season.

Ho-Sang’s current situation has been as perplexing as any this year. After starting the season in the NHL, he was demoted down to Bridgeport in late October and then recalled 15 days later, but was again sent back down for good on December 15.

In the meantime, the Islanders have dealt with several injuries and have called up Tanner Fritz or Ross Johnston, while Ho-Sang remained down in the AHL. That brings us back to Thursday when the skilled forward vocalized what many Islanders fans had been feeling since the team sent Ho-Sang down and they began a nosedive out of the playoff picture.

“I love those guys, I want to make that clear,” Ho-Sang told The Athletic. “I know they’re working hard. But I got sent down for defense and what are they in goals against in the NHL? I only played (22) games up there this year. I don’t think it’s my fault. They really painted it like it was my fault at the beginning of the year and I didn’t like that.

“I do have things I need to work on down here, my game is far from perfect. It can constantly improve. But I do think a lot of the stuff was unwarranted, especially in terms of the rope that other people were given. I understand I have a history and that might be a factor. I don’t know. But it’s frustrating to me.”

It was frustration that Weight understood and sympathized with on Friday morning as he worked his way through his response. The often straightforward Weight said that he liked Ho-Sang and that he wants him to be successful, but Weight said he was surprised by Ho-Sang’s decision to voice his frustration in the manner in which he did.

“There’s not a guy in this organization that I’ve spent more time with either,” Weight said. “I was disappointed in that because my job when he’s down there is to watch him and to watch the reviews from Chris Lamoriello, the GM down there, and Brent (Thompson) and the coaches. Talk about maybe how we can move forward. I watched every single game he played with him in my office until four o’clock in the afternoon.

“Every single game and talked about his off-ice, talked about the on-ice. I have compassion for him. I like him, so that was disappointing, but I get it.”

The latest turn in what has been an eventful tenure for Ho-Sang with the Islanders organization won’t do either side any favors going forward.  The Islanders reputation took another hit with one of their top prospects voicing his displeasure over how he’s been treated this season and further raises questions about how players are held accountable by the coaches and front office.

Ho-Sang made his fair share of mistakes with the puck in his own end and overextending his shifts, but the Islanders defense has been abysmal this season and plenty of players have made costly mistakes. Yet many of them remained in the lineup night in and night out.

So when Ho-Sang said he’d like to see the same accountability held throughout the team, a lot of people tend to nod in agreement with that. For Weight’s part, he denied that Ho-Sang had been singled out and said that the 22-year-old’s comments won’t “knock him down” in the organization.

Still, the comments likely won’t help Ho-Sang’s perception within some NHL circles, who tend to still see him as the controversially brash player that teams passed over in the 2014 NHL Draft. That label has not left Ho-Sang and the reaction on social media from some people certainly reflects that.

His decision to speak so candidly about his frustration this season won’t help erase that label from some people’s minds.

“You look at that and I think some things in the article the natural reaction, a defensive reaction, is to tell him to look in the mirror,” Weight said. “Look at his production, look what he’s done and the other reaction should be from us. We should look in the mirror. We should all learn from these events and look through them and most importantly we should discuss them with him. Other than discuss them through these cameras and we will do that. For sure it’s eye-opening and an emotional thing for him. He wants to be in the NHL and that’s where we want him.”

Weight later added: “There’s frustration and I’m glad hopefully he got it off his chest, but we have to move forward and we have to do that face to face.”