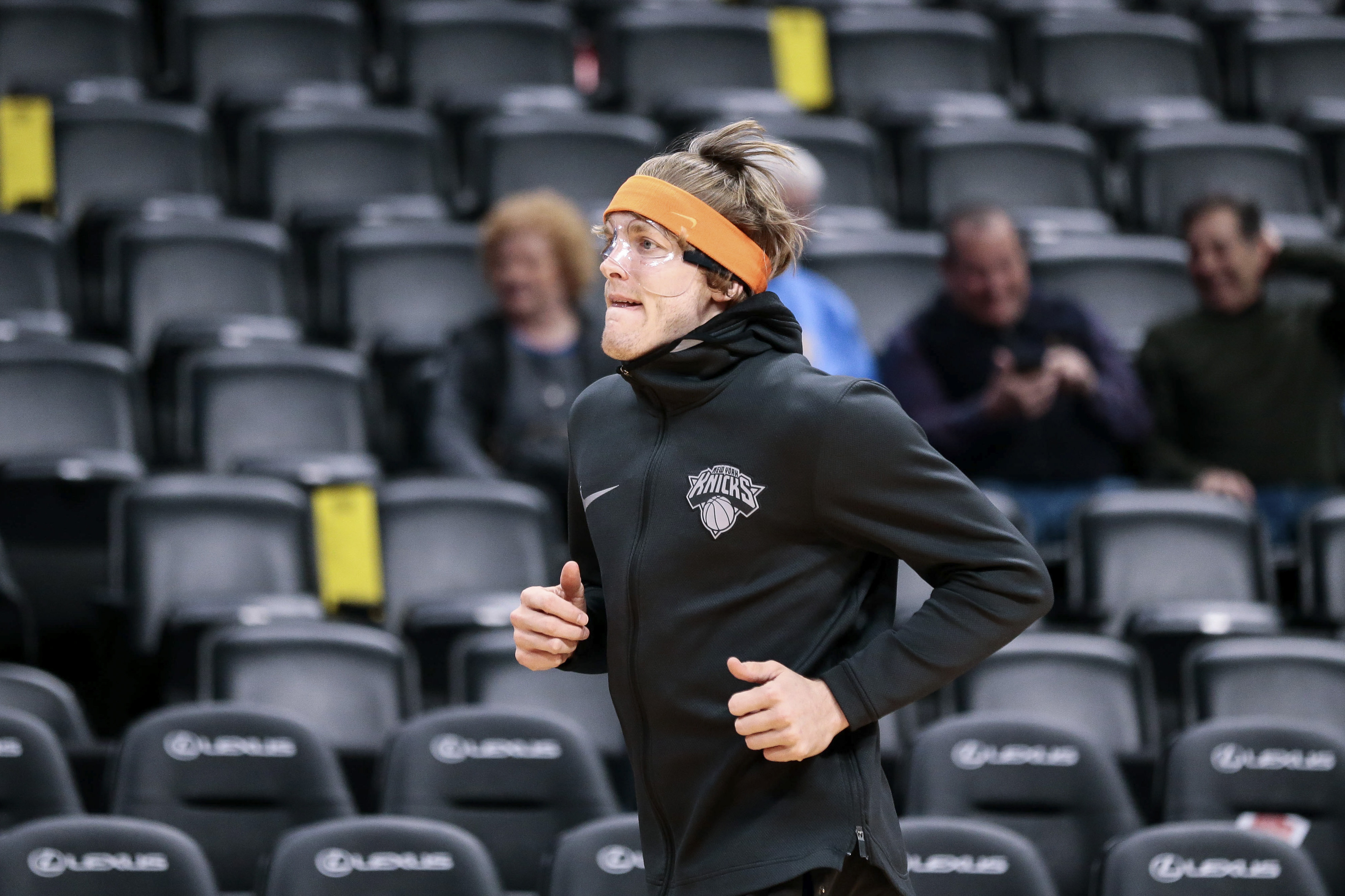 As any last bit of postseason hope faded away, the Knicks turned their attention toward development. Nurturing the team’s young guards — notably Frank Ntilikina, Trey Burke, and Emmanuel Mudiay —quickly became a priority. The need for a floor general to take charge of this offense is ever pressing. The team appeared to have a short leash for Ntilikina to assume that role, shifting gears and quickly slotting him in at two-guard to take pressure off the young gun.

Alas, the search continues, but it’s important the Knicks carve out roles for their backcourt prospects and help them make them meaningful impacts along the way. In addition to the aforementioned trio, such a focus also includes the injured Ron Baker.

It’s easy to forget Baker. He underwent surgery on February 7 to repair a torn labrum in his right shoulder. After finishing his rookie campaign strong, the guard signed a two year, $9 million deal with a player option for next season. While it would have made sense to play him as a means of justifying the investment, Baker found himself out of the rotation to start the year (some other nagging injuries also played a role). Due to his pesky defense and maturation, Baker broke through to make 29 appearances this year before being shut down.

His injury makes it even more likely that he’ll opt in next season. According to the New York Daily News, his rehab process is on the right track and he’s set to resume basketball activities in June. Though all is going according to plan, such a timeline would make it awfully difficult for Baker to hit the hardwood during NBA Summer League in Las Vegas come mid-July.

“Just depends on what staff thinks is best for me,” Baker told the News. “I’ll see when I get healthy in June. Because not touching a ball for four months and just jumping right into things obviously would be shaky. So obviously summer is going to be a big deal for me.”

Clearly, Baker isn’t the flashiest of players: he averaged just 4.1 points on 38% shooting through 52 games as a rookie. But he’s gained favor with head coach Jeff Hornacek due to his hustle. Baker is a fighter on both ends of the floor and his exuberance really helps set the tone for those around him, even if his influence doesn’t show up on the stat-sheet. Given his player option, one may be able to argue that the 25 year old has a greater chance of returning next season than Hornacek. What that means for his subsequent role remains to be seen.

Still a youngster, Baker is certainly raw offensively. However, he plays with the maturity and poise of a veteran. Baker makes smart decisions that can help steady a squad in small spurts. If they happen to be struggling, his presence can help calm things down and right the ship. Sometimes, it’s the little things that count. Will he ever develop more explosiveness around the basket? Not likely, but he still adds value on the defensive end. On a younger team still trying to find its way and develop the instincts of up and coming players, the Knicks should find use for Baker if they’re going to pay him such a pretty penny.

Of course, he needs to get back on the court first. Such an important steps still appears to be a long way ahead.