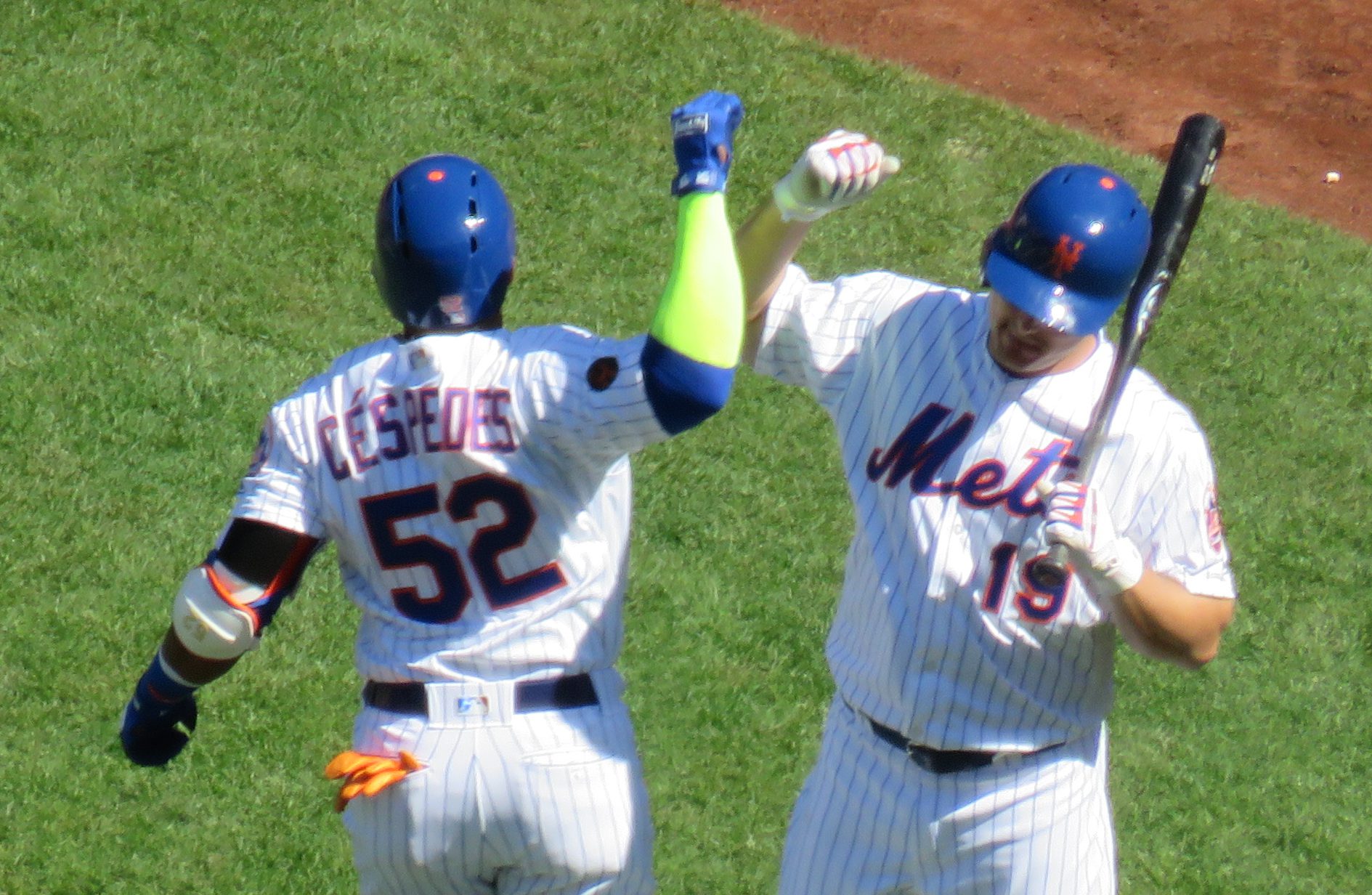 Jacob deGrom’s 2018 debut was highly anticipated after his stellar spring. And considering that deGrom went from the heat of Florida to the chill of New York in late March, it wasn’t half bad.

Jacob deGrom was an ace in his bite sized portion today. (Metstradamus)

deGrom petered out at five and 2/3’s innings after 101 pitches, but struck out seven and only gave up four hits and a walk in a 6-2 Mets victory. It very much seemed like vintage deGrom through the prism of early season cool weather and new manager cautiousness. Todd Frazier made life easy for Jacob by giving him a 2-0 lead off the hop in the first with a two run double. Travid d’Arnaud and Yoenis Cespedes added solo HR’s (d’Arnaud’s home run coming after the Cardinals scored in the top of the fourth, and right after I said “here’s where d’Arnaud strikes out flailing at a bad pitch”. Way to make me look good.)

This swing by Travis d’Arnaud produced a solo dinger after I reverse jimxed him. (Metstradamus)

It wasn’t all good news as Anthony Swarzak tweaked his oblique and was removed from the game. This was after he got a couple of big outs in the seventh, and giving up a home run in the eighth inning. Swarzak, who was hurt once in spring training, left the game after walking Jose Martinez. But there are two reasons not to panic. One: Swarzak isn’t panicking. Two, Ray Ramirez is nowhere to be found.

After a Frazier sac fly, the Mets scored their final run after Mike Matheny brought in lefty Tyler Lyons to face Asdrubal Cabrera … the same Asdrubal Cabrera who hit .394 off lefties last season as opposed to .240 off of righties (along with .293 career against lefties against .260 against righties in his career.) Cabrera, predictably, hit a long double to right to drive in Juan Lagares. Nice to see the other team’s manager made dopey moves from time to time.

Jeurys Familia closed it out with a four out save after the injury to Swarzak and the Mets go into their first Family Sunday of the year still undefeated. Of course, Sundays had more closely resembled a dysfunctional family in 2017. So we’ll see if all the changes on the roster and in the clubhouse offices have changed any of the off-field mojo, if you believe such things exist.

Todd Frazier and Wilmer Flores perform some sort of celebratory ritual after the Mets 6-2 victory. (Metstradamus)

Also, as this is the first game I have attended this season, let me give you some food reviews:

The brats feature cheese that is taken straight from a cheese wheel with some sort of hot iron. No processed stuff here. (Metstradamus)