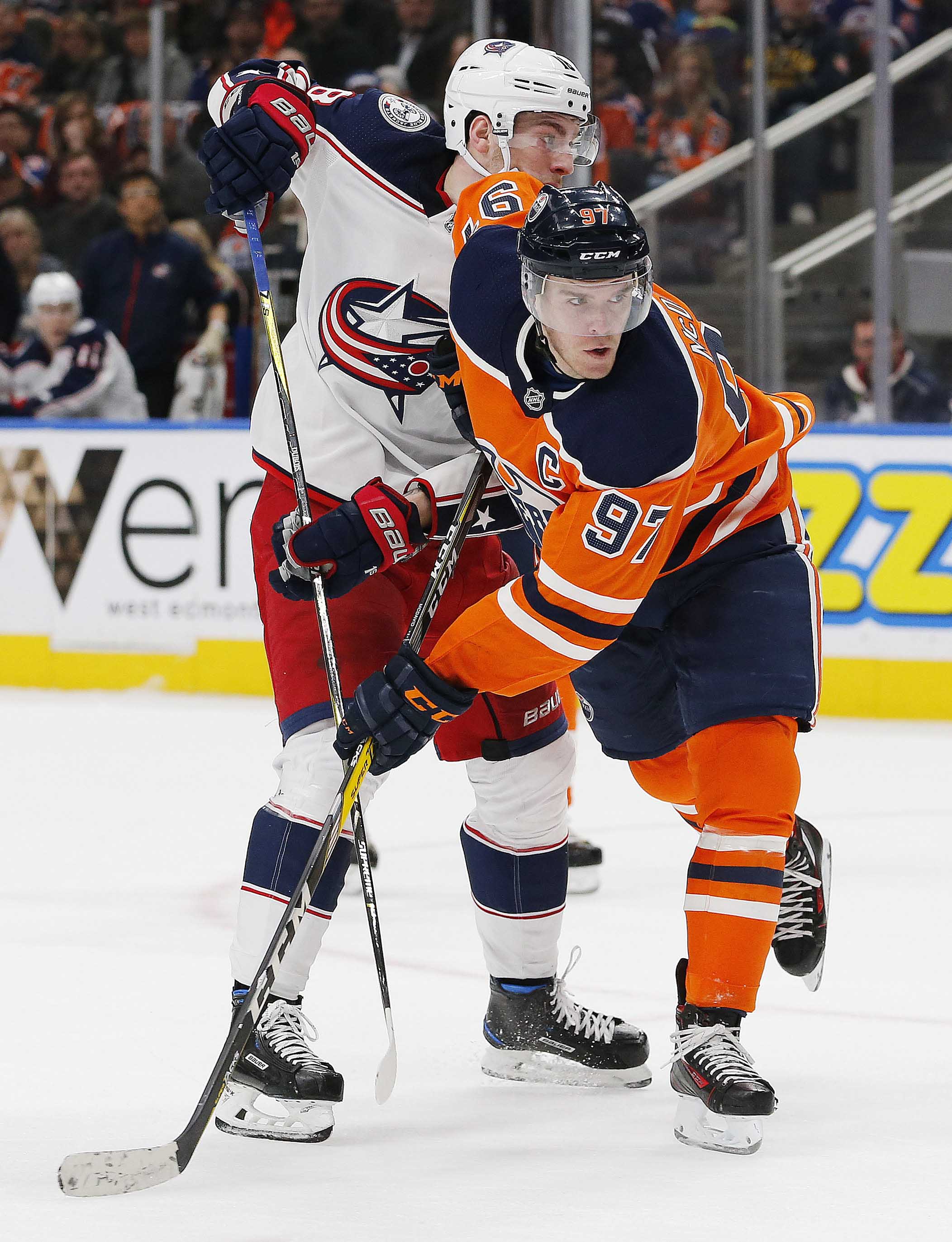 There are days when we’re reminded just how dependent we are to modern technology. We’ve become so accustomed to being connected 24/7. At work or school, many of us have a computer that we do our work on. And when we’re not at our computers, that vast majority of us have a smartphone where we can always stay connected to the wide world out there. Then there are days when that all comes crashing down and we almost don’t know what to do with ourselves.

Don’t believe me? Wait until your home internet comes crashing down around you. Some of you may notice that our main Twitter handle @CreaseandAssist has been rather quiet since about Friday night and you haven’t seen much here. Well Friday afternoon, I was going about my normal work day (I work from home) and all the sudden I have no connection. Call into the ISP and was initially told I wouldn’t get anyone to the house until April 18th. Um, no. They were able to bump that up, but it won’t be until Tuesday afternoon. So we’re having to go about this in a slightly more old school way. Using public wifi, which as someone who works in technology isn’t always the best thing to do when it comes to security, or turn on the personal hotspot on my phone and use up our cellular data (we don’t have unlimited data because rarely do we need to use vast swaths of data).

So what we’re going to be doing in these next few days, is writing up everything you read here in a word processing program, copying and pasting, and then connecting to data to publish here. We promise, we’ll be up and running soon and we beg your forgiveness while we deal with our technological upheaval.

Now with all of that being said, it hard being so disconnected when major news happens. Watching last night’s game in Dallas, and witnessing Ryan Suter‘s ‘lower body injury’, you want to know what’s going on sooner rather than later. And for that, especially for Derek and I who live out of state, we depend on Twitter and other online news sources to figure out what’s going on with him. On Sunday morning, we ventured to get some wifi connectivity and to get previews set up for the week.

As of now, the initial reports is that Suter has a broken right fibula. We watched the hit several times on our TV, using slo-motion replay (and got some super slo-mo when FSN used slo-mo as well). When we watched at full speed, we couldn’t really figure out how a lower leg break had happened. But slowing it down, we could see it. Suter appeared to brace himself to prevent the bigger hit. His lower leg then hit the end boards, but it was the rebound off of the boards that was rather telling. When the rebound happened, the lower leg seemed to twist in both directions. Initially after the hit, you could see Suter try and put weight on his right leg, but immediately he knew something was wrong and hobbled to the net for support, eventually going down to his knees and asking for support. Now as you’re well aware, we’re not the biggest fans of Suter here at Crease and Assist, but we know how critical this injury really is. It’s further compounded by the injury to Jared Spurgeon a fellow defenseman who racks up big minutes in ice time. Thankfully Spurgeon is skating again, but is still not game ready by any stretch of the imagination. Also injured on the blue line is Gustav Olofsson with a concussion. Don’t get me wrong, losing Olofsson to a degree was addition by way of subtraction, as I don’t think he’s ever going to be a great NHL defenseman. But now we’re down three defensemen, and that’s not what any team can really afford heading into the playoffs.

So let’s talk next steps. First off the remaining Wild defensemen are going to see their minutes increase. I don’t know about you, but seeing Matt Dumba with more minutes makes me nervous. Sure he’ll have games where he looks like the young defenseman we need and want him to be. However he’ll have other games where you are tempted to throw something at the television screen. This will be Dumba’s chance to prove to the NHL world that he’s a great defenseman. For Wild fans, we’ll see whether or not General Manager Chuck Fletcher made the right decision in protecting him from the NHL Expansion Draft. Also, Jonas Brodin’s minutes will increase. Brodin is a quiet kind of defenseman, meaning he’s not a flashy player. Normally, he just goes out and does his job, and you almost don’t know he’s there unless he makes a great move or an epic mistake. With the constraints we’re faced with now, we need more of the former rather than the latter.

That leaves Nate Prosser, Nick Seeler, and Ryan Murphy. They’re really more of your utility kind of defensemen. Prosser has really served more as a role model  and the guy who goes on the ice to give the other guy’s a rest. Like Brodin, you often don’t know he’s there until either a great move or mistake happens. However, we probably notice him more than Brodin, as he has a little more salt and vinegar to his game and isn’t afraid to mix things up now and then with the opposition. And there are some teams that just like to pick on Prosser for some reason. As for Seeler and Murphy, they’re up in Saint Paul due to other injuries and needing bodies. They should see their ice time increase, and hopefully Muphy learned from his boneheaded pass he made in Dallas Saturday night.

The Wild will now need to call someone up from Iowa and on Sunday with Suter’s fibula break becoming official they called up Carson Soucy.  Soucy is listed as the Wild’s 4th best prospect according to the Hockey News‘ Future Watch issue.  The 6’4″ Alberta-born defenseman has had a steady development year with the Iowa Wild.  He is a stay-at-home defenseman who is not going to put up a lot of points but uses his size and reach effectively to keep opposing forwards to the perimeter and has a physical element to his game.  The former Minnesota-Duluth defenseman has just a goal and 15 points in 67 games this season but is 4th on the team in penalty minutes (55).  As a left shot defenseman, it is my guess Soucy will be paired with Prosser while Seeler will play along side Murphy.

Tonight’s opponent is currently running a 3-game losing streak. In their last 10 games, they’re 4-4-2. At this point, they’re probably just looking to get this season over with. They lost to Calgary 3-2 on Saturday night. But even when they’re not having the season they wanted, they still have Connor McDavid in their lineup, and his 103 points this season have given the Oilers faithful something to cheer about. In the last parts of the season, every team whether playoff bound or not, are just hoping to get their star players into the post-season or off-season without serious injury. Yet, just when you think a team who is down and out will mail in a game, they will surprise you. Just look at Arizona or Buffalo if you doubt me. While they’re both in the bottom of the standings, they’ve both certainly had some epic games. Arizona had a 6-0 win over Saint Louis and Buffalo took Nashville down 7-4 on Saturday night. Some teams are great at playing spoiler. Those teams show fighting spirit. Now whether Edmonton can play that kind of game as well, is yet to be seen. And a limping Minnesota Wild just might be the way to say to their fans “we’re out but we can still play.” The Wild are going to have to be prepared for that from the first puck drop to the final buzzer. They need to have that same fight in them, that we’re injured but we’re not dead.

Derek and I are bit “injured” with the lack of internet connectivity, but we’re finding ways to get this done. There are always ways to get around difficulties. Same happens in sports. If the Wild can focus on basic, fundamental hockey they should be fine. However, I worry that the blue line is going to try and play the hero role, and that is where they could get caught. Keep it simple, and they should be fine. Embrace the challenge that has come your way, and learn from it. If they can do that, we may come out of these last few regular season games okay. Put the egos aside and do your job. And if the more defensive minded forwards can chip in as well and goaltenders Devan Dubnyk and Alex Stalock stand their ground, things will be fine. Now is the time to show us what this team is truly made of.