Simply put, the promo package is that last chance WWE has to get you excited before the match itself. If it’s good, it adds so much to the match experience itself. If not, it can make a viewer skeptical of what they are about to see.

And quite honestly, we don’t need any more of that nowadays.

The promo package is the way to condense weeks/months of buildup into a short 2-5 minute video. It’s the final step to get a fan ready for the next match.

You can clearly see the evolution of the promo package throughout the years. Back in the 80’s-early 90’s we just had clips of past instances between the two competitors. The mid 90’s gave us the video package with a voice over monologue along with it.

These days, we have the video packages set to the theme song of the show. I think it’s the music that makes a great promo package, as you’ll see in this list. Music has always been a way for promotions to add emotion to a story, starting with a superstar’s entrance. It’s no different with the video packages.

So let’s take a look back at the Top 10 promo packages that got us properly prepared for some of the best WrestleMania matches in history!

In the Honorable Mention category, we have the promo for The Undertaker against Bray Wyatt at WrestleMania 31. The video did a great job of showing The Deadman’s struggle to come back after The Streak ended the year before. It also did a great job highlighting the amazing job Wyatt did handling all the promos leading up to the match.

Here’s why it wasn’t on the list … it wasn’t on the show! If you watch the replay on WWE Network the video is on there before the match. But if you remember the live show, time restraints forced them to cut the video. Maybe next time we tell The Rock that he doesn’t have to have a half hour segment on the show if it means losing valuable content like this was!

The build for this match was an easy one – Triple H returning from a career threatening injury and looking to get the top spot back. Standing in his way is the unlikely union of his old enemy, Jericho, and his ex-wife Stephanie. What brings this one on to the list is that it was the only promo, main event or other, that was shown with a live musical performance.

Drowning Pool, who also played The Game to the ring later in the night, provided the soundtrack to the story surrounding the main event. It was a pretty innovative idea, not sure why we haven’t seen it since.

Once the tie-in with Mickey Rourke’s The Wrestler was going to be a part of WrestleMania, a match like this was inevitable. Well, once Rourke ruined the original plans of him in a match against Jericho, replacing him with Roddy Piper, Jimmy Snuka and Ricky Steamboat seemed like a great Plan B. Using clips from the movie to help the story along as well was also a nice touch.

Arguably one of the greatest matches in WrestleMania history – how could it not have a great promo package? I mentioned before that a big part of the promo’s is selecting the right music. Well music wasn’t used just yet. What made up for it was two of the greatest storytellers in wrestling history providing a memorable story that made a legend out of Austin. Having Todd Pettengill doing the voice over work doesn’t hurt either.

#7 – Shawn Michaels vs The Undertaker – WrestleMania 25

A perfect way to tell the timeless story of good vs evil – the light vs the darkness. This video does an amazing job of showing how this program started as just another suitor to try and take down the streak and evolved into something much more meaningful. The end result that night in Houston was the greatest match in WrestleMania history, and it all started here…

The event itself was “Rated DX” so it makes sense that the main event’s promo package had a DX feel to it. Not only that, but the video did a great job of setting the stage with Mike Tyson as the newest member of DX. This package was the perfect entryway to the Austin Era.

You cried…don’t lie! At some point that weekend, whether it was the farewell on Raw the following night, the “I’m sorry! I love you!”, the Hall of Fame or this pre-match promo package, you cried! The use of Leave the Memories Alone in the package is just perfect. Not to mention the Segway into McMahon coming down to hand out the “lose and retire” stipulation and the Old Yeller comment. Perfect dramatic promo for such a dramatic match!

Another perfect use of the song provided. WWE worked with Eminem and his song “Legacy” so of course the premise of the story between Cena and Wyatt was The Wyatt Family wanting to destroy Cena’s legacy. These two are gold on the mic as it is, combining both of their talents in this promo must have been an easy task.

When you literally have a year’s worth material to work with it’s hard NOT to make a memorable promo. We Are Young is a great choice as well. The music really sets the tone and gets the viewer ready for what was one of the most anticipated matches in WrestleMania history. I was also a fan of the interviews with different superstars in the promo as well. That adds to the feeling of importance of the match at hand.

The story of Daniel Bryan’s rise to the top is an unbelievable story. This video does an amazing job drawing the viewer into his journey from the Independent scene to WrestleMania and the struggles against The Authority, both on and off camera. Monster is a great choice as well.

This was the first WrestleMania where a mainstream song was used as the theme – Limp Bizkit’s My Way. When the song slows down, we get Rock and Austin in the ring toasting each other…with increasing animosity. The first punch is thrown right when the music picks back up. It’s still hard to not get chills at that part! It was the main event of the greatest WrestleMania in history, no surprise that its promo package sits atop our list. 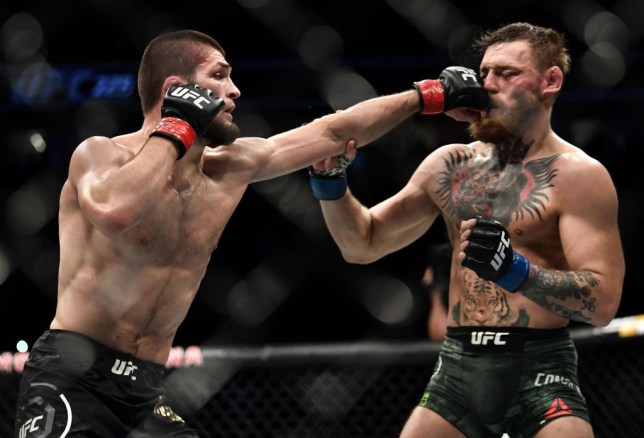