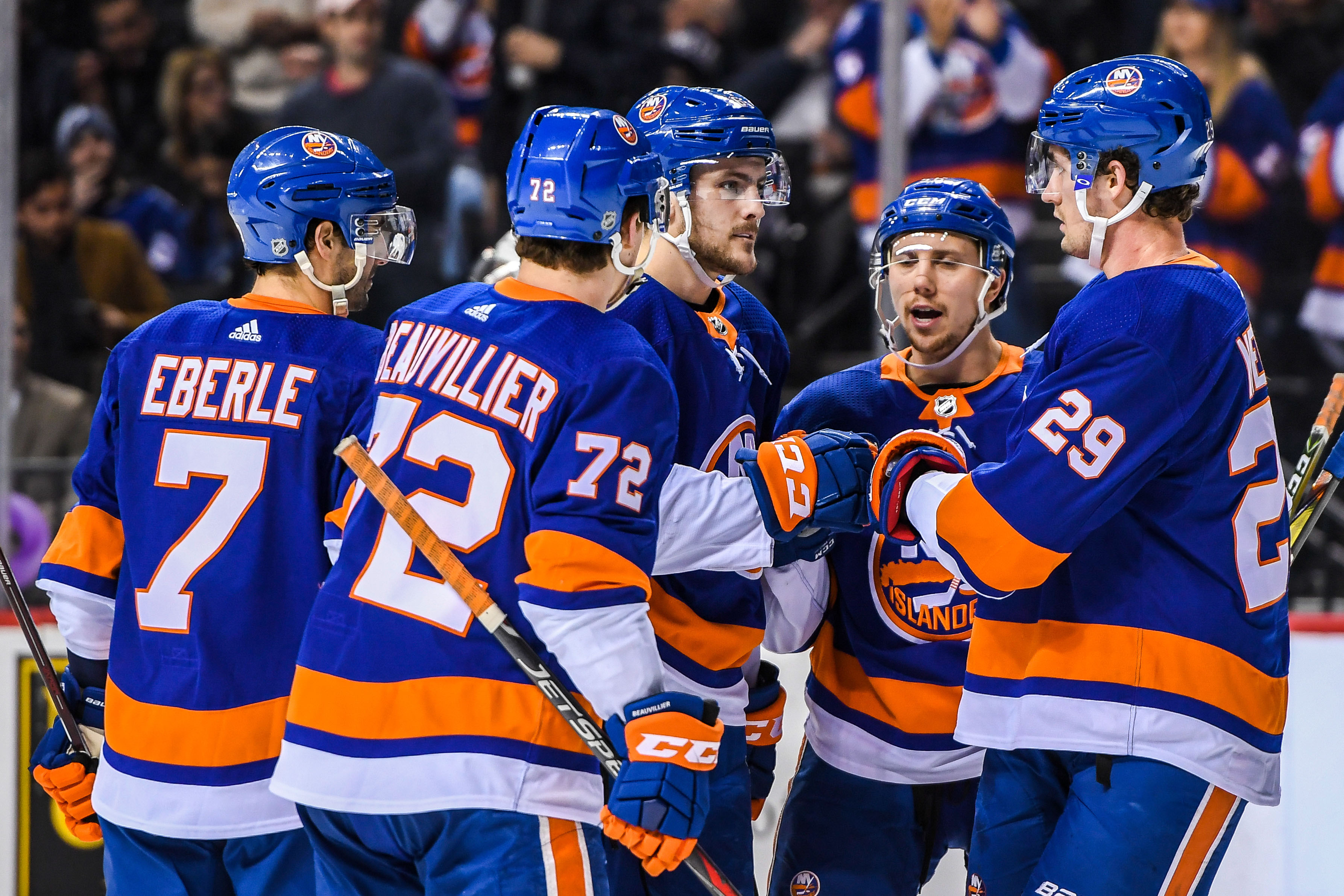 The Islanders have been officially out of playoff contention since March 26, when they lost to the Florida Panthers, but their fate had been sealed long before that game. The players had tried to keep their chins up, but missing out on the postseason had been something that had been inevitable for several weeks before that.

It’s a situation that the Islanders hadn’t found themselves in for several seasons. Even last year, despite a dismal start to the 2016-17 campaign, New York clawed their way back into the playoff picture and had a chance up until the very last day of the season.

To say it hasn’t been an easy situation to deal with for the players would be an understatement. The disappointment is palpable in the dressing room.

Even Anders Lee, who is in the middle of a career year, can’t hide the frustration.

“I think sometimes it goes in waves,” Lee said ahead of Tuesday’s game against the Flyers. “Like alright, we have to accept where we’ve put ourselves in and the position that we’ve come to because of that. And then it also comes in waves of just frustration again. You realize we’re done and that just sucks.

“You put a whole year of effort into it and you’re coming up short. Not even having a chance to make a run or anything like that.”

The Islanders are down to just two games following Tuesday’s home matchup against the Philadelphia Flyers. It was the final game of the season that they face an opponent destined for the postseason.

The Islanders will host their rivals from Manhattan on Thursday night to close out the home portion of their schedule before ending the year in Detroit on Saturday. Neither team has been in the playoff hunt for quite some time this season.

So all that was left for the Islanders to play for on Tuesday was the chance to play spoiler and on Thursday they’ll try to draw from the longstanding rivalry between themselves and the Rangers.

Still, Hickey acknowledged the disappointment amongst the group.

“I think it’s difficult for some guys, I’m not saying on our team,” Hickey said. “Around the league there’s about half the teams that are out of it and you see some guys struggle to bring their minds into it every game. That’s part of being a pro. For other guys, if you can wrap your head around it, like I think a lot of us can, it’s a good example for some younger guys that don’t want to be in this situation ever again to realize it’s still important.”

Earlier in the year, the Islanders looked like they were going to playoff bound. New York dominated at home and their offense had been one of the best in the league.

“We didn’t expect this to happen,” Lee said. “None of us set out for this and we didn’t put in all that work for all this. I think just who we have in this room our expectations were much higher than where we are right now.”