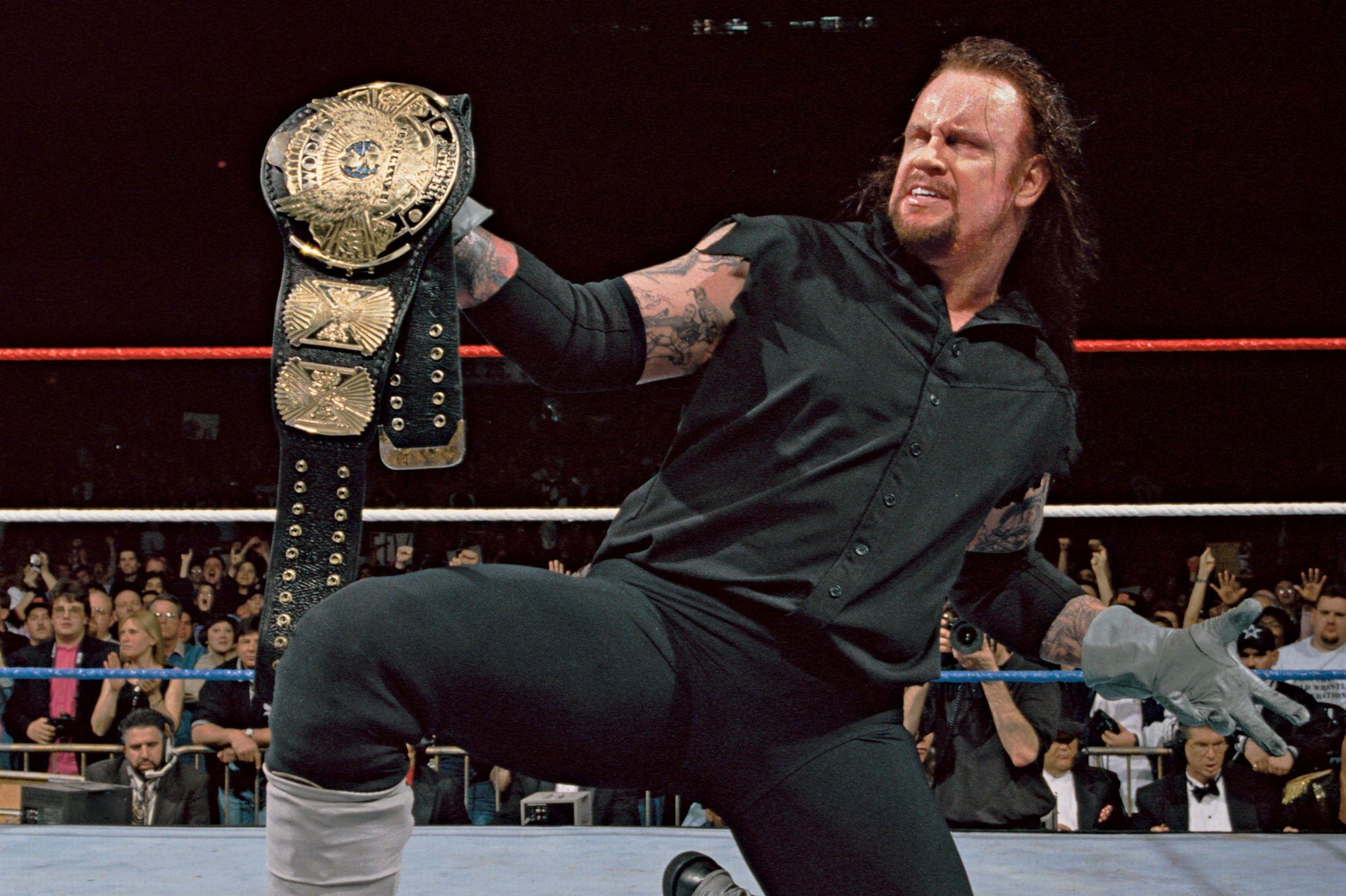 For those of you that are relatively new to the wrestling world – yes, I am referring to THAT Lawrence Taylor!

The countdown starts with the worst main event on what many (including me) consider to be the worst WrestleMania.

Credit where credit is due though. The match itself was not all that bad. The fact that THIS match was the main event of the show was bad though. Diesel and Shawn Michaels put on a great WWF title match earlier in the night – simply having that match last would have made this show look a little better.

Having an outsider in the main event of the biggest show of the year is just wrong.

For the same reasons as the previous match, the inaugural main event finds itself towards the bottom of the pack. The fact that this was the main event in

the very first WrestleMania give it a leg up on the LT/Bam Bam match. Having Muhammad Ali on the outside is a big help as well.

This probably would have been a little higher had the event ended with the Bret Hart/Yokozuna match. However, they decided to continue the show and make people realize that the WWF wasn’t ready just yet to move on from the 80s and randomly give the belt to Hogan.

One year later WrestleMania ended with Bret Hart lifted up in a ring full of new stars as the WWF started what they called “The New Generation.” Much smarter move.

The main event of an event that technically had three main events – one for every city the event was held in. The event itself was on par with the aforementioned WrestleMania 11. Three times the cities and about one third of the excitement.

MATCH – The Miz vs John Cena

The Miz (of 2011, not today’s version) was in the main event of WrestleMania…that’s really all that needs to be said for this one.

If it wasn’t for The Rock’s involvement this match would be a lot closer to the bottom – more so than it already is.

A few “why”’s come out from this event.

1 – After nearly a decade of debating who is the biggest star in the industry, Hulk Hogan and Ric Flair were FINALY in the same organization. Why not make that the main event for WrestleMania?

2 – It ended up being Flair/Randy Savage for the title – why not have THAT be the main event?

Seems that the answer to both of those questions … Hulk Hogan.

Do you remember the movie Airheads with Adam Sandler and Brenden Fraser? One of the running jokes was that the band’s name was The Lone Rangers – how can you plural The Lone Ranger? Well, on that note, the biggest reason that this match is this low on the list is the fact that it was a rematch for a yearlong match labeled as “Once in a Lifetime.”

This match was great! A whole lot of back and forth…and forth…action from start to finish ending with the culmination of a man’s long journey to the top of the industry. How could a match with all of that find its way this low on the countdown?

Nothing really worthwhile to say about this match. The match had plenty of star power plus the additional element of “A McMahon in Every Corner” but

really didn’t provide a memorable moment. The best takeaway from this one was The Rock hosting Saturday Night Live and the other three competitors making cameos a few weeks prior to the event.

Same situation here. Cena and Michaels put together a solid match but it was on a show that had too many other memorable moments.

The second of two title matches on the show, WWF basically righted the wrong it made the year before at WrestleMania IX. So much so that Vince himself was quick to exclaim that THIS was the start of “The New Generation” as Razor Ramon and Tatanka hoisted Hart on their shoulders.

The match in itself wasn’t horrible by any means. However it was an ending that the entire WWE Universe could see coming…an expected ending that

most of the Universe wasn’t exactly thrilled about…and an expected, upsetting ending that took nearly seven hours of airtime to get to.

MATCH – Sycho Sid vs The Undertaker

Bret Hart’s involvement aiding his heel transition added some intrigue to this one. Really though, the main, and possibly only, reason this match is remembered is the image of The Undertaker with the belt to close a WrestleMania. LONG overdue!