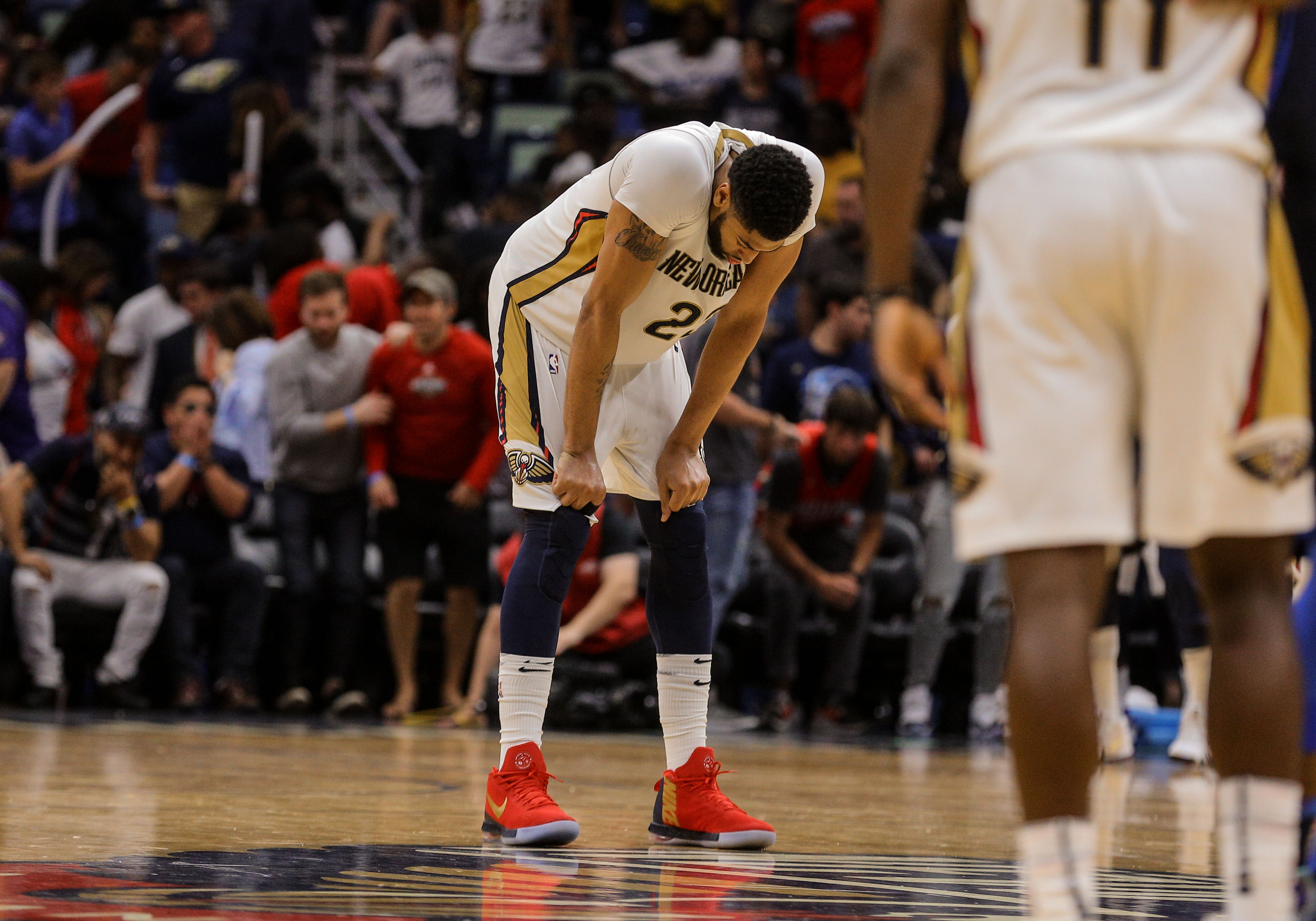 New Orleans, LA- The New Orleans Pelicans took on the Oklahoma City Thunder for the third & final time this regular season. The Pelicans leads the series 2-0 & more importantly looking to break a losing streak of 3 games.

The Thunder also was on a three game losing streak, so something had to give. The Pels came out in the first quarter looking pretty good finishing with 28 while holding OKC to 20. The vibe change as Thunder All-everything guard Russell Westbrook started to take over the game.

The Pelicans at one points seemed to have the recipe to finish the season sweep but poor transition defense & 20 plus turnovers ultimately led to their demise. They could not slow down Westbrook who slashed to the basket whenever he wanted.

New Orleans Superstar forward Anthony Davis posted 25 points 11 rebounds & a couple blocks in the 109-104 loss. The Pels had an opportunity to get close late but much like the other games on their four game losing streak they miss critical shots at clutch moments.

Jrue Holiday couldn’t get going offensively putting up only 12 points & 8 assists in 34 minutes of action. The Pelicans bench contributed 41 points led by guard Ian Clark (16), & forward Darius Miller (14). Nikola Mirotic was off in a major way this game posting only 4 points 4 rebounds on 2-9 shooting in 19 minutes.

The Pels fall short 109-104 which is their fourth straight loss & are only 1 full game ahead of the ninth positioned team Denver.

New Orleans (43-34) now have to take care of business versus a Memphis (21-56) team that has beating them 2 of 3 times this season. The Pelicans should be able to win this game if they want to make the playoffs as they’re running out of games fast.