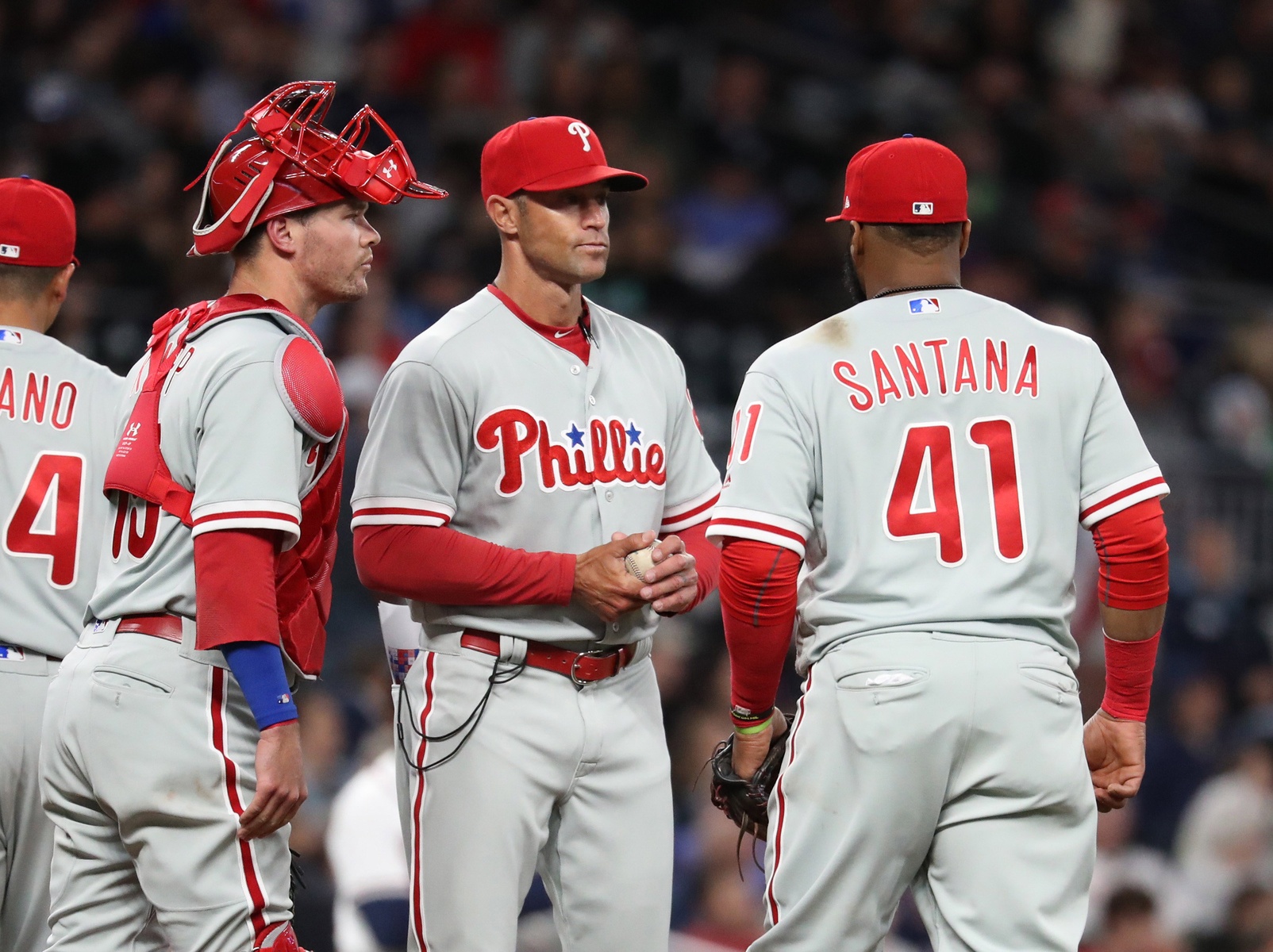 It has been just four games into the managerial career of Phillies skipper Gabe Kapler, and he has left many reasons to scratch our collective heads less than one week in. Rookie managers are expected to make some mistakes and learn a few things on the job, and here’s to hoping that will be the case for Kapler moving forward. But early on, Kapler is not one to apologize for his decisions and he is not ready to suggest he would have done things differently if he got the chance to do it all over again.

Speaking to the WIP morning show this morning, Kapler was asked about the season opener when he took Aaron Nola out after throwing just 68 pitches and protecting a 5-0 lead in Atlanta. Kapler’s line of thinking was purely to protect Nola with a relatively short outing in the season opener to give him a better chance to be good later in the season.

Gabe Kapler on taking Aaron Nola out after just 68 pitches: "We had a plan that we were going to keep Nola short in the first outing of the season, so we executed on that. We knew that we wanted to keep him healthy and strong in Sep. and Oct." #Phillies

Kapler’s decision to have a shorter hook for a starter than you may in June and July is not abnormal in today’s game for a season opener. However, Nola being pulled before hitting 70 pitches and holding a 5-0 lead was a silly decision. And that is not aided by the benefit of hindsight. Nola is the team’s best pitcher. Going to the bullpen in that situation in any game is not one a manager should be making. Yet, Kapler said he would do it all over again if he got a chance to do it all over.

This, of course, remains to be seen. And maybe the Phillies would still manage to blow that 5-0 lead even if Nola is pulled at the end of the inning anyway. Who knows? But a week later, the Phillies have a manager who is sticking to his decisions, for better or worse.

It should be noted Kapler did own up to the mistake he made regarding the use of reliever Hoby Milner in Atlanta (bringing him into a game without being warmed up), and he did not duck from the criticism hurled his way as reminded to him by Angelo Cataldi in the interview.

I have been reluctant in touching base with Kapler’s first week as Phillies manager because I didn’t want to pile on with all of the other criticism being hurled his way. Overreacting to a baseball game can be a waste of energy because the season is 162 games long. Rookie managers will make mistakes. That should be expected. Blowing a game early on will happen. But Kapler’s first week as manager has led to plenty of room for improvement and this is not the fanbase that will be willing to accept watching futility from the manager on a regular basis.

It is still far too early for me to weigh in on whether or not Kapler is going to work out as a manager. Remember that there was a time when Terry Francona and Charlie Manuel were not perceived to be very good at the job either, and Franconia went on to learn from his growing pains to lead the Boston Red Sox to World Series glory and manage the Cleveland Indians to the World Series. And Manuel, of course, ended up working out pretty well in Philly as well as time went on. Kapler is a different breed, however, that is relying more on analytics and a different approach. If the first week is any indication, Kapler will is not one to second-guess himself and that could come back to haunt him. But there is something to be said for experience and learning along the way.