With One Week Left, the Wild West is Wide Open 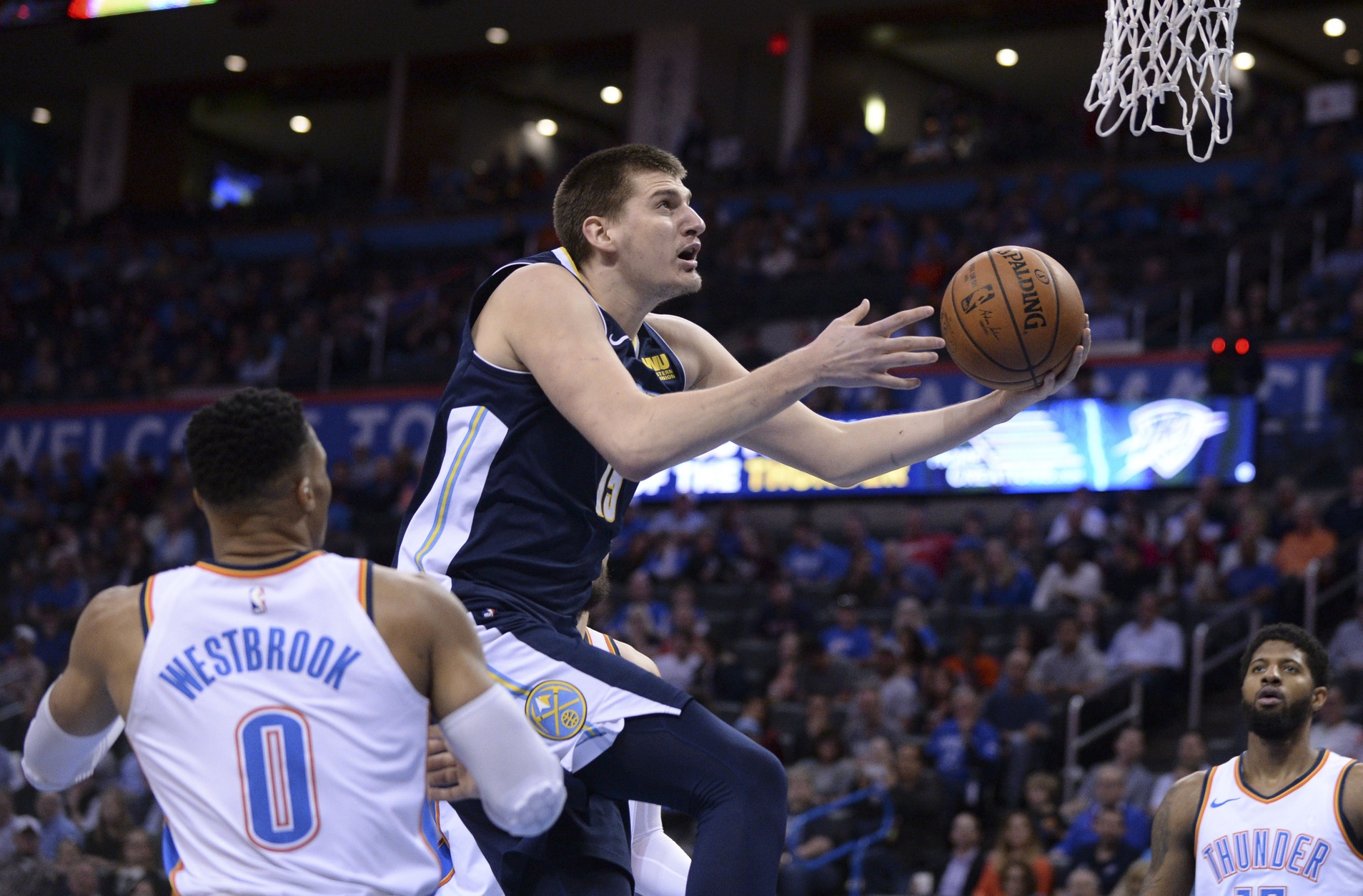 With One Week Left, the Wild West is Wide Open

If you foresaw the Oklahoma City Thunder, San Antonio Spurs and Minnesota Timberwolves going into the final stretch of the regular season without a guaranteed playoff berth in their pockets, no spoilers on what’s ahead please. Here are some quick thoughts on the race for the  five remaining playoff spots in the Western Conference.

First, the standings: Just three games separate the Clippers and Jazz. Only Houston, Golden State, and Portland have clinched their playoff tickets.

Let’s take a moment to recognize that the 10th-seeded Clippers would also be battling for a playoff spot in the Eastern Conference, which currently features three 42-36 teams in the sixth, seventh and eighth spots (Miami, Washington, Milwaukee). The East isn’t as good as the West, and it’s still not that close. But fans of competitive basketball can rejoice: there are at least eight worthy playoff teams in both conferences. The middle runs deep in the NBA.

Prior to Wednesday’s slate of games, FiveThirtyEight lists the playoff odds for these seven teams as follows:

Prior to Easter Sunday’s 13-game slate, the Pelicans were above 80 percent. Beyond that, the Pelicans have plenty to lose. Among the three squads (out of these seven) that have dealt their 2018 first rounders (NOLA, OKC, Minnesota), New Orleans is the only one that doesn’t have a full lottery protection attached. The pick, which they will send to Chicago in exchange for Nikola Mirotic, is top-eight protected. This group has admirably gone 17-13 since losing DeMarcus Cousins for the year, this after losing five of six right after his injury. While New Orleans finishes the season with three road games and two home, they essentially sport identical records in both settings (22-17 home, 21-17 road). Facing a four-game losing streak, Pelicans fans have to hope that the leaky roof earlier in the year wasn’t foreshadowing.

The Thunder are the only team with more to lose. Does anyone believe Paul George will sign with Oklahoma over L.A. if they fall out of the playoffs?

Unless Kawhi Leonard comes back, the Spurs have a better shot at winning the lottery than the championship. On the other hand, San Antonio selecting in the lottery is a terrifying proposition for the rest of the league. LaMarcus Aldridge has put together an MVP-caliber campaign, and the Spurs should sneak in since they typically have no problem with lesser opponents.

Utah fought off its fair share of injuries, witnessed Donovan Mitchell blossom into a star, and relished in the breakouts of Ricky Rubio and Joe Ingles. A mid-season acquisition (Jae Crowder) provided Quin Snyder with the perfect small-ball power forward to pair with their elite group of centers.

Denver hit a snag not long ago, but they’ve battled back in dramatic fashion lately, snatching victory from the jaws of defeat on more than one occasion. They too have battled injuries, most notably Paul Millsap’s extended absence. But he’s back, and so too are Denver’s playoff hopes. The Nuggets have perhaps the toughest remaining schedule of these seven teams, but right now they feel like they can beat anybody.

Stop me if you’re hearing a similar song echoing: Minnesota has been victimized by injuries. Like most of these teams fighting for a playoff spot in the West, the Timberwolves have had their share of bad luck. Jimmy Butler remains sidelined, at least for now. Don’t be surprised if he’s back soon, though, as he practiced in full on Tuesday.

The Clippers are the only team where it feels like they are playing with house money here. Having secured what in all likelihood will be the 12th pick from the Detroit Pistons as part of the Blake Griffin blockbuster, Los Angeles appears to have gotten the best of that deal already. Tobias Harris is simply better suited to play power forward than Griffin, a fascinating but flawed star. While Detroit (37-40) is already clinging to the cliff in the Eastern Conference playoff race (eliminated by a loss or a Bucks win), the West could be a war until the final whistles blow next Wednesday.