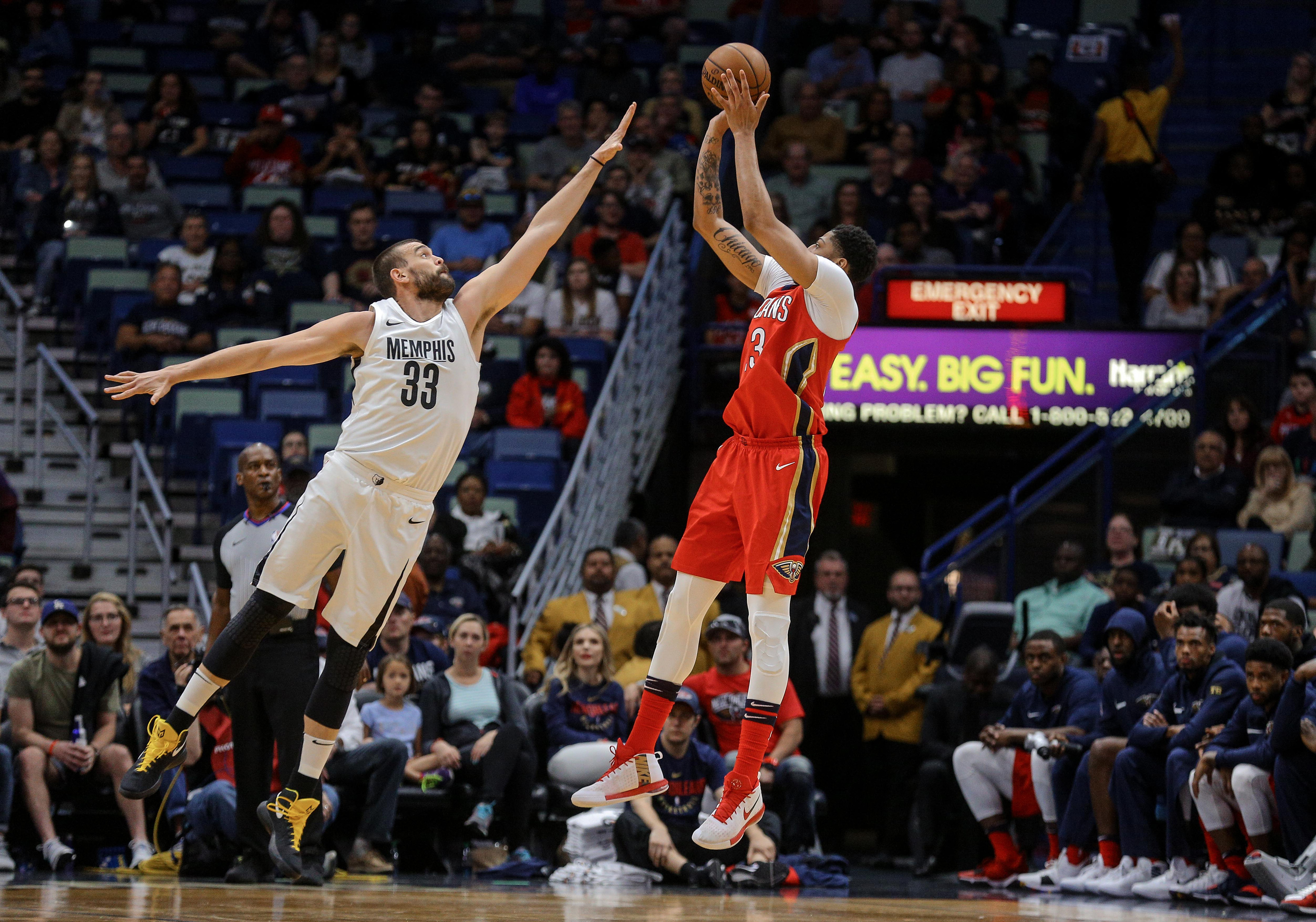 New Orleans, LA- The New Orleans Pelicans took on the Memphis Grizzlies in the Smoothie King Center Wednesday night, the last of the four game season series. The Grizzlies lead the season series 2-1 & New Orleans looking to get back on the winning side of things as soon as possible.

The Pelicans from start to finish absolutely dominated the dismal Grizzlies in this one. The Pelicans head coach Alvin Gentry switched up his line-up moving forward Nikola Mirotic in the starting rotation benching center Emeka Okafor.

The results were encouraging as three Pelican players scored over 25 points including of course team superstar Anthony Davis who posted 28 points 12 rebounds & 3 blocks in 31 minutes.

The Pelicans defense showed up too tonight but they still have to do a better job of keeping the turnovers down with 18. They out everything the Grizzlies including rebounds, assists, points in the paint, fast break points, free throw completions, three-points completions everything!

New Orleans improves to 44-34 on the season and are still in 8th place in the Western Conference Playoff Race. They are one game a head of the Denver Nuggets who are just outside of the playoffs looking in hoping New Orleans or Minnesota stumbles to give them a way in.

The Pelicans now start a 3 game west coast trip starting Friday night with the first of a back to back beginning with Phoenix (20-59) followed by Golden State (57-21) Saturday & ends Monday night with the Los Angeles Clippers (42-36).

The Pels must keep their turnovers down, play defense like they did tonight & maintain their energy down the stretch. They only have four games remaining and they MUST finish strong to give themselves an solid opportunity in the playoffs.

New Orleans Pelicans guard Ian Clark left the game in the 2nd quarter after landing awkwardly. Clark was helped to the locker room where his MRI was negative. He should return soon to action against Phoenix barring any set back.