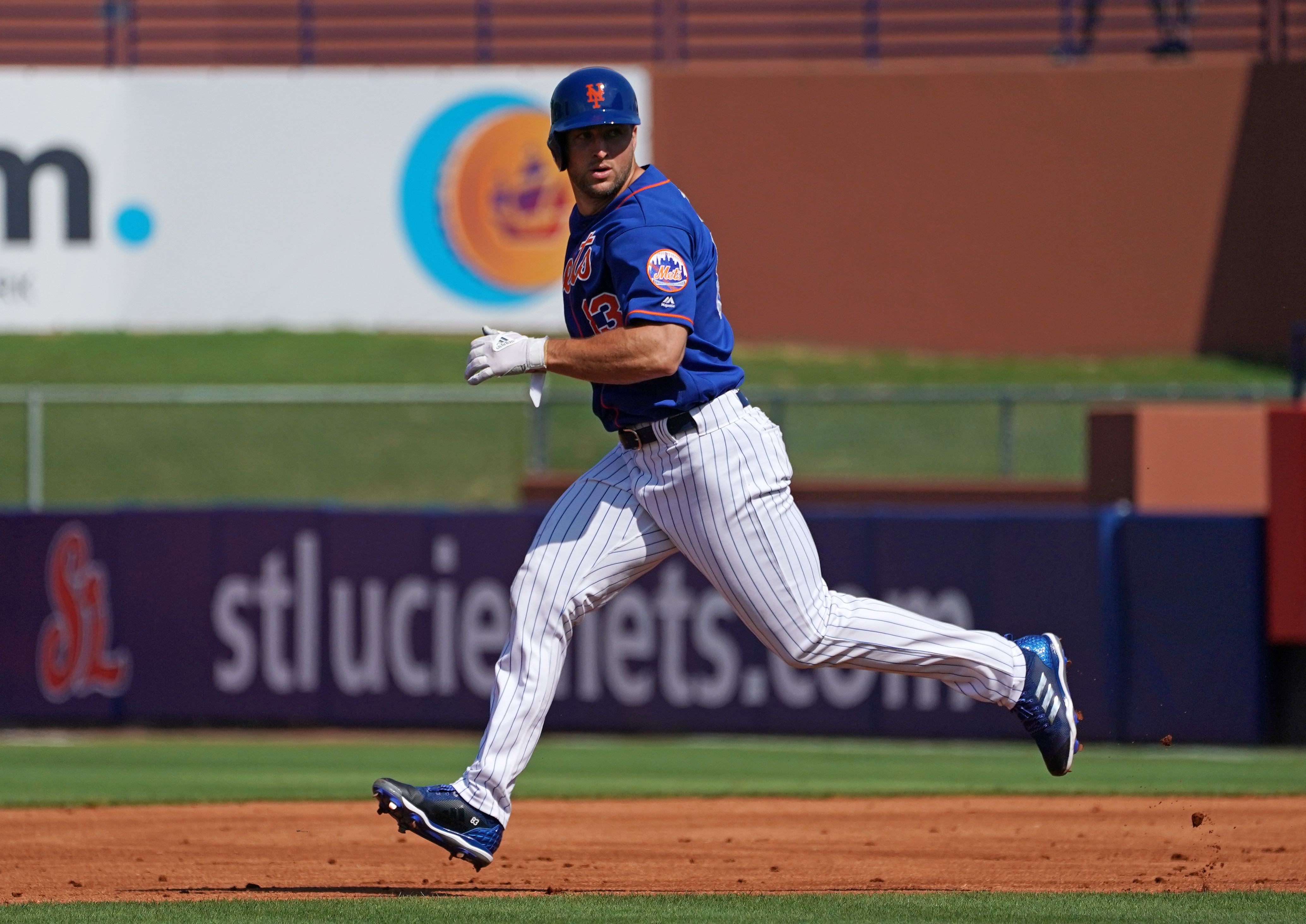 The Tim Tebow era has kicked off with a bang for the Binghamton Rumble Ponies. In his first at bat with the New York Mets’ AA affiliate, Tebow crushed a three run homer. Check out the visual evidence from the Mets’ Twitter feed.

This isn’t new for Tebow, who has demonstrated a flair for the dramatic in his brief pro baseball career. Tebow also hit a home run in his first pro at bat, which came on Opening Day last season with the Low-A Columbia Fireflies. The Mets promoted Tebow to High-A St. Lucie at mid-season, and he also went yard in his first at bat for them. If the trend continues, Tebow could deliver a bomb if he ever makes it to the big leagues.