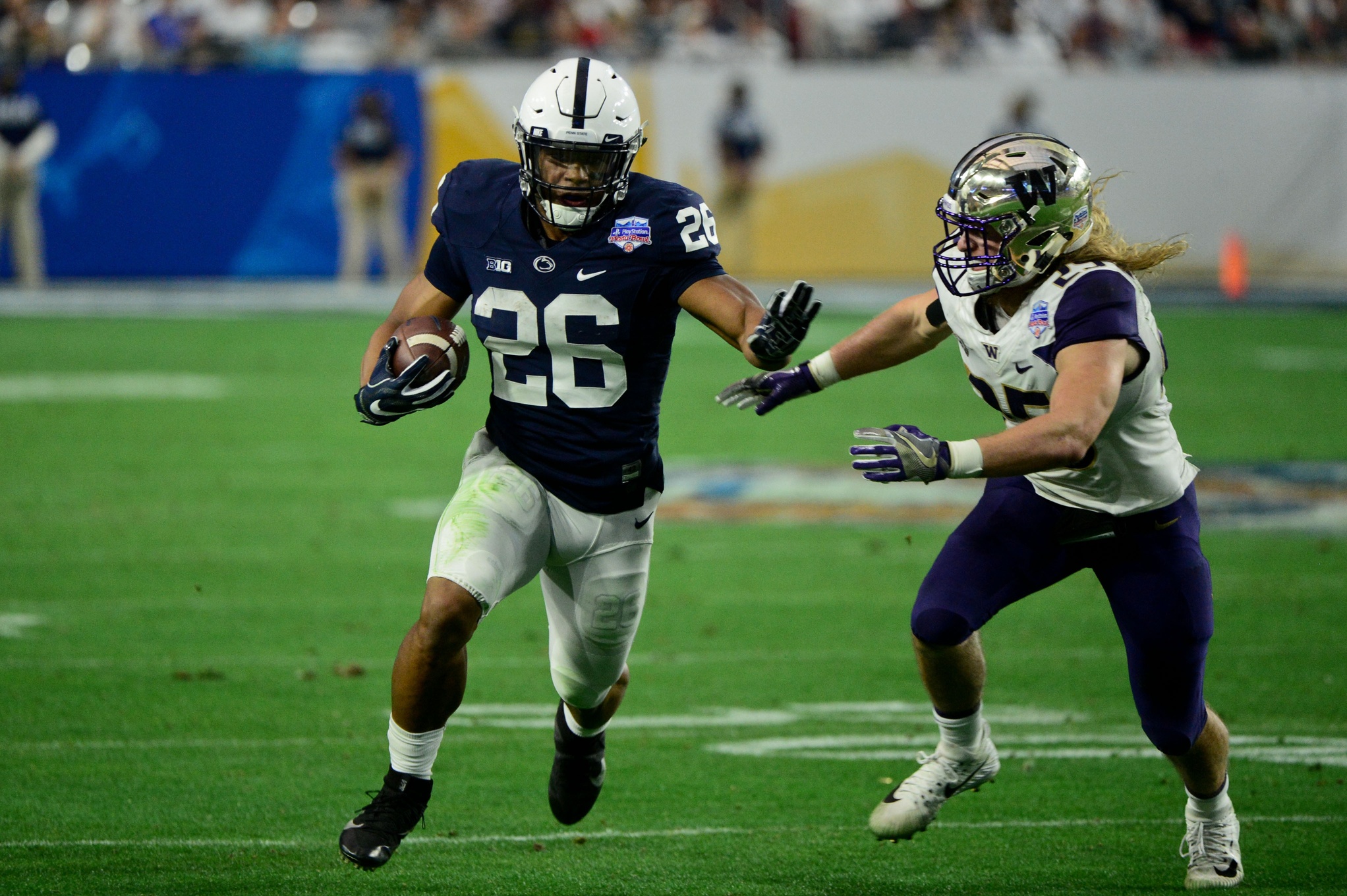 For the first time since 2015, a Penn State Nittany Lion will be attending the NFL Draft. To the shock of nobody, running back Saquon Barkley will be at the draft in Arlington, Texas, where is not expected to wait too long to hear his name.

Penn State’s athletic department confirmed Barkley will attend the NFL Draft at the end of the month. Barkley is expected to be the top running back off the big board and there is a chance he could be the top pick in the draft as well. Barkley will be one of 22 prospects attending the draft as NFL franchises go through the first round on Thursday, April 26.

The last Penn State player to attend an NFL Draft was Donovan Smith in 2015. Smith ended up going early in the second round with the 34th overall pick (Tampa Bay). Barkley won’t have to wait around nearly that long, as the running back will be the first Nittany Lion to go in the first round since Jared Odrick was selected with the 28th overall pick by Miami in 2010.

Yeah. It’s been a while.

Since joining the Big Ten in 1993, Penn State has had 16 players drafted in the first round. A drought of first-round picks can be explained away in a couple of ways that include a decline in pro talent at the end of the Joe Paterno era leading into a sanction phase that hurt the overall quality of depth. But that appears to be coming to an end with Barkley a lock and tight end Mike Gesicki with an outside chance at sneaking into the first round. Penn State has not had multiple players drafted in the first round since 2003, when four players went off the board to NFL franchises.