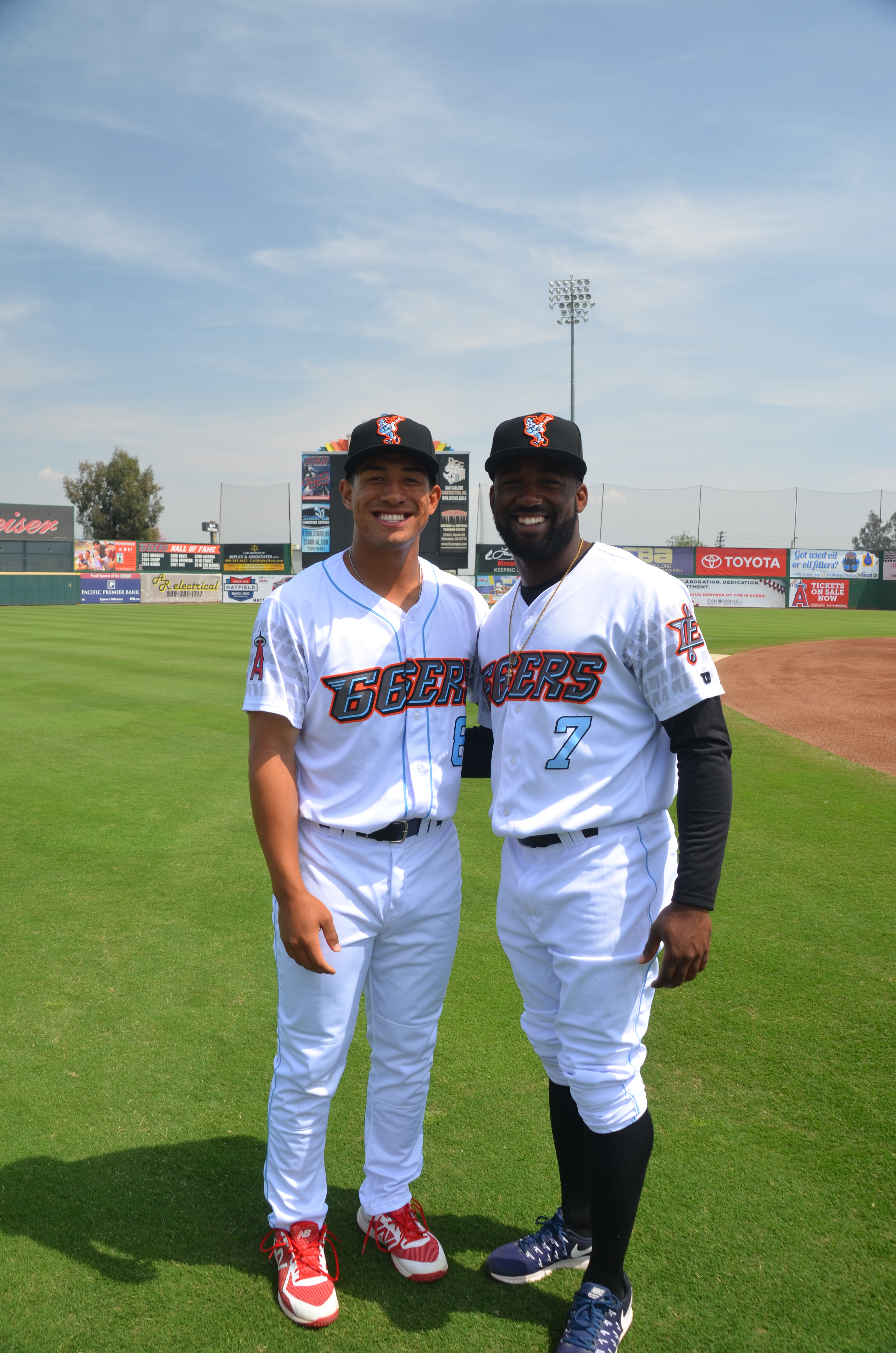 There are lots of reasons to be a fan of a baseball player. Maybe you like the way in which he plays the game. Maybe he did something special while you were attending a game. Maybe he grew up where you did or attended your alma mater.

When it comes to Kevin Williams, I became a fan as I interviewed him. Unfortunately, I missed seeing him in Orem, so I didn’t have a chance to see his play. But, while there, he posted a .322/.385/.576 line with 4 HRs and 1 SB in just 15 games. The Angels coaching staff didn’t miss that, and they challenged him this year by jumping him a level to High-A ball. That’s a big vote of confidence for Williams, who was drafted in the 13th round of the 2017 draft.

What impressed me most was his positive attitude. His demeanor. His humility. All those intangible qualities that help differentiate a person.

As I was preparing to leave the IE66ers, Kevin Williams and Jahmai Jones were having a heated discussion as to who was taller. That’s Williams on the right and Jones on the left. Both are listed at 6’0″, but Jones was convinced that his shoulders were higher than Williams and therefore, he was slightly taller. I told them both that I’d take a picture and let you, the fans decide. So, please feel free to weigh in on this debate, as they would love your input. Feel free to use any electronic measuring method you wish!

Please click below to watch the interview with Kevin Williams and then head out to the IE66ers to watch him play. I bet you’ll become a fan too.

Kevin Williams Interviews with AngelsWin April 3, 2018 from AngelsWin.com on Vimeo.