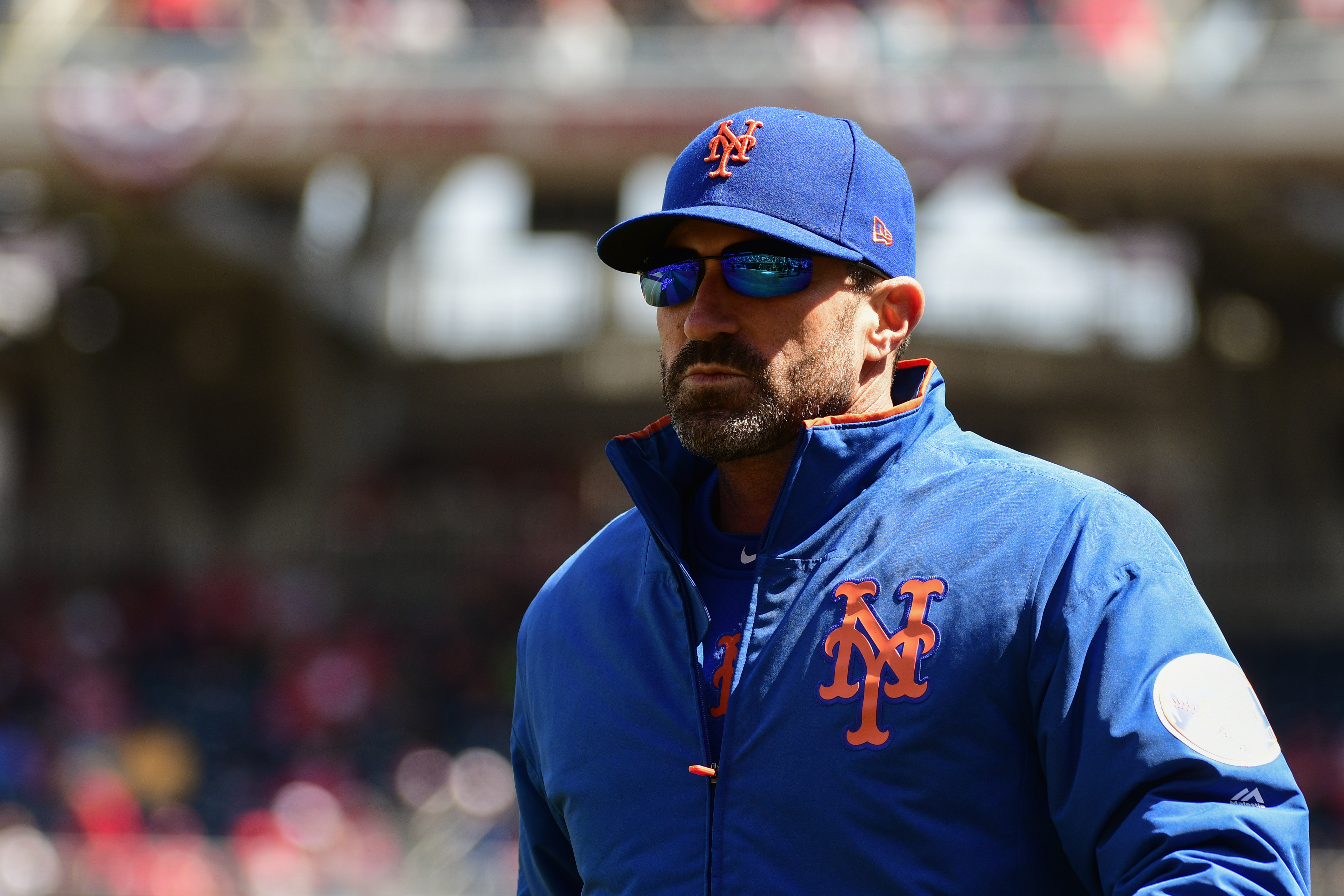 When Michael Conforto beat his timetable to return from the disabled list by nearly a month, it was great news for the New York Mets. The Mets already have a solid team and could contend for a wild card, and that was with the expectation Conforto would be sidelined for the first month of the year. With Conforto back, the Mets have pretty much their entire roster healthy (minus Jason Vargas and Anthony Swarzak, both on the disabled list with short term injuries). If the Mets can maintain their current health, they should be able to stay in the playoff hunt all year, but it also creates a good dilemma for new manager Mickey Callaway.

Callaway’s biggest issue right now is finding enough at bats to keep his position players both sharp and fresh over the course of the long season. The outfield will be particularly challenging, with Conforto, Jay Bruce, and Yoenis Cespedes expected to get the lions’ share of the playing time. Brandon Nimmo, the current fourth outfielder, had an excellent spring training and has certainly showed that he deserves to get a couple of starts a week. Juan Lagares brings Gold Glove defense to the table and has shown a bit of improvement offensively in a small sample size, so he figures to be in the mix against left handed pitching.

The infield isn’t as tricky, but Callaway is working on ways to get Jose Reyes and Wilmer Flores into the mix. Reyes has started twice in the past three games ahead of Amed Rosario, mainly due to the pitching matchups, while Flores’ lone start this season has come against a right handed pitcher. Flores should start at first against most lefties, so his at bats could pick up as soon as today, with the Mets scheduled to face Gio Gonzalez. Callaway has already done a pretty even split of the playing time behind the plate, with Kevin Plawecki and Travis d’Arnaud alternating starts until the middle of this week.

The good thing is that there appears to be a reason behind Callaway’s decisions, rather than just relying on gut or riding the hot hand. Callaway disclosed to the media that his lineup changes for the second game of the season, when he sat Nimmo and Plawecki for Lagares and d’Arnaud, were planned prior to the opener and communicated to the players in advance. This was also the case with the decision to start Reyes twice in three days, with Callaway telling the media that he had decided to start Reyes due to his solid match up with Stephen Strasburg on Thursday.

It is also interesting that Callaway has said that he is putting players in the lineup in situations where they can succeed against the opposing pitcher, not necessarily due to defense or strict platoon splits. This is different than how analytics obsessed Gabe Kapler has operated in Philadelphia, where he has let the numbers dictate decisions like pulling ace Aaron Nola after 68 pitches on Opening Day and benching veteran Odubel Herrera for the same game. It also looks like Callaway is doing a far better job communicating his intentions to the players than Kapler has, and as a result they have bought in to his thinking.

It is very easy to praise Callaway’s skills at divvying up the playing time when the Mets are 5-1 and every decision he makes seems to be the correct one. Callaway’s decision making will get tested when the Mets have their first prolonged losing streak or a couple of his moves backfire. The early success does help Callaway’s cause since it does show the players that he knows what he is doing, giving them a reason to trust the process when things look bad. Balancing rest and at bats for a deep offensive unit will be a challenge, but it certainly appears that Callaway is up to it after the first week of the season.