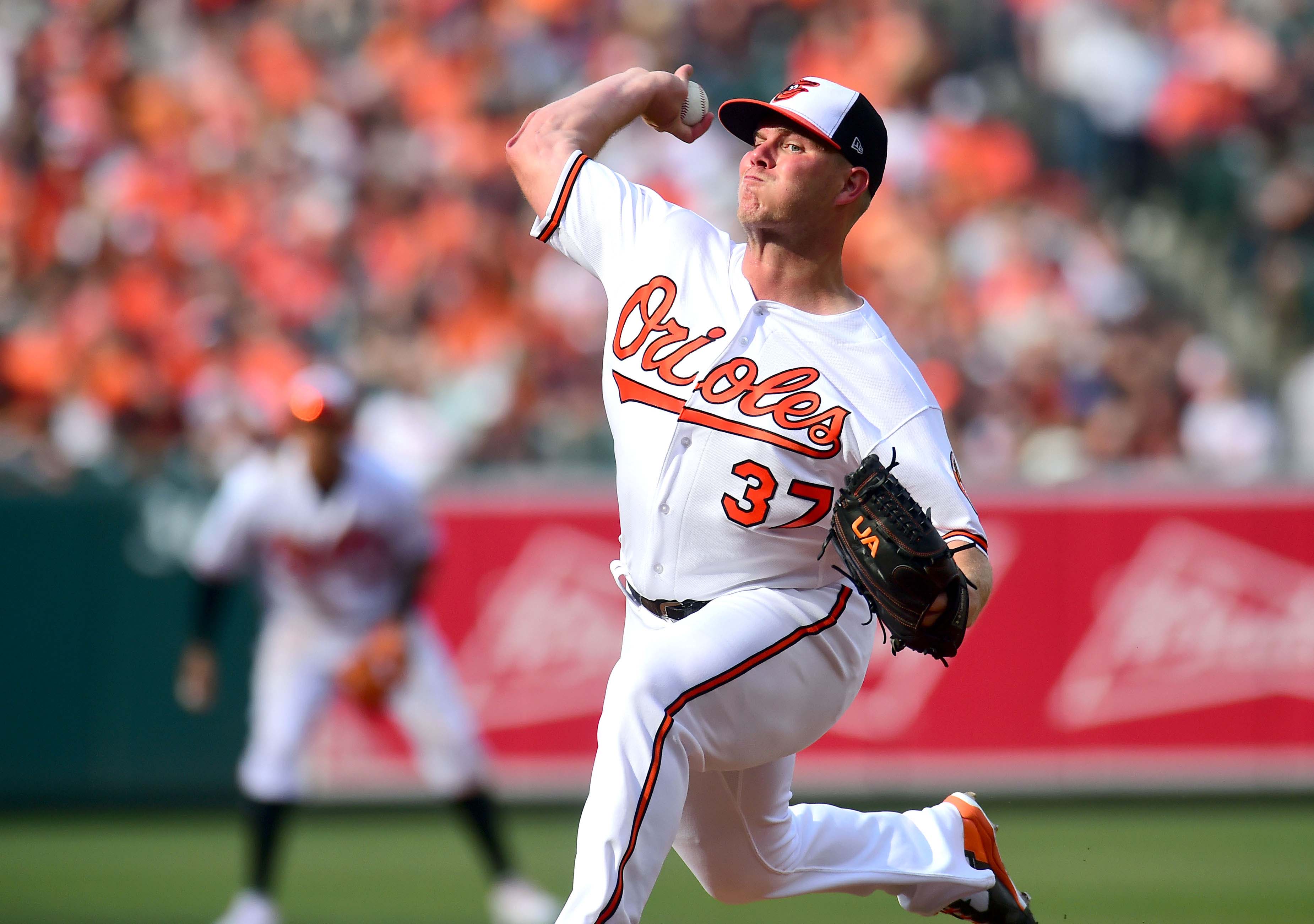 Major League’s Baseball’s 162-game regular season schedule is a marathon, not a sprint. While every ballplayer will always take a hot start over a slow one, the fashion in which they begin a season is by no means a guarantee as to how they will perform the rest of the way.

A lot can happen over the course of six months, ya know.

However, fast starts can give certain players — especially the young ones — either a sense of job security, or at the very least, the confidence necessary to potentially keep building upon that early-season success.

The following 10 young players really could’ve used a fast start to their respective years, which is exactly what happened.

Although Bundy hasn’t yet recorded a win through his first two starts (spanning 13 innings), he’s done plenty during his short time on the mound. His 0.7 fWAR is tied with another hurler on this list for the league lead heading into Monday’s action, while his very nice 0.69 ERA is a top-10 mark.

It also doesn’t hurt that he’s currently sporting a 29.4% strikeout rate and 5.9% walk rate that’s supported by a 16.7% swinging-strike rate.

Staying healthy enough to consistently take the hill was huge in 2017 — his 169.2 innings were a career high — but with the uncertainties throughout the Orioles’ starting rotation, Baltimore needs him to be the ace. His final three months last season were also quite uneven, as he produced ERAs of 8.41, 2.00, and 7.53.

With that kind of up-and-down performance (and Baltimore still buying time as Alex Cobb ramps up for big-league action) Bundy getting out to a quick start is very important for this staff.

Swanson’s 25.0% hard-hit rate could stand to improve a bit, but he’s benefitted greatly from a 29.6% line-drive rate. While he’ll also need to bump up that hard-hit rate (87.5% medium rate, 12.5% hard-hit rate on liners), it hasn’t prevented him from jumping out to a 180 wRC+ through his first 35 plate appearances with Atlanta.

Following a successful 145-plate-appearance rookie campaign in 2016, there was an expectation that the 23-year-old (at the time) would continue taking strides in his development. Swanson probably learned quite a bit about himself in 2017, but it had everything to do with how badly he performed in the big leagues.

Remember when we mentioned Bundy being tied with another pitcher for the highest fWAR in baseball? Well, this is the other guy. As if the Astros really needed to get better.

Cole has thrown 14 innings through his first two starts with Houston and has produced eye-popping numbers just about everywhere you look. He’s surrendered contact just 60% of the time while posting a 43.1% strikeout rate, a 19.6% swinging-strike rate, and a 5.9% walk rate.

He’s done all this despite just a 24.0% ground-ball rate. The right-hander has never finished a year with that number being any lower than 45.6%.

Not too long ago in 2015, Cole was a 19-game winner with a 2.60 ERA. He earned a trip to the All-Star game and finished fourth in National League Cy Young voting thanks to a performance that was worth 5.5 fWAR.

He did bounce back last year to a degree following a tough 2016, but his 4.26 ERA was a career-worst mark. Two lackluster years is why he registered on our radar as a dark horse Cy Young candidate, and the early returns are looking good after getting a much-needed change of scenery.

If you had to name the league’s top-two hitters with regard to RBI right now, could you name them? Bryce Harper seems like an easy one, but not Polanco. He’s driven in a league-leading 13 runs to go along with 8 runs scored, and a .310/.447/.759 triple slash, which has led to a 206 wRC+ in 39 plate appearances.

Without Cole and Andrew McCutchen in Pittsburgh any longer, the Pirates are turning to their next core group of young players. Polanco is very much a part of that, and he’s been a big reason behind their 7-2 start.

Although Manaea’s first start — which was solid — didn’t earn him a win, he got himself on the board in his second start against the Texas Rangers by allowing just 1 run over 8 innings. His 3.21 SIERA is quite a bit higher than his 1.15 ERA, but this fast start has been made possible for a couple of reasons: pairing a 20.8% strikeout rate with a minuscule 1.9% walk rate, and stranding runners at a 92.1% clip.

Manaea’s slider has consistently been his third most-frequently used pitch, but hitters have produced just a -44 wRC+ and .081 wOBA against it in limited action this season.

In 53 career starts heading into this year, the southpaw threw at least 7.2 innings in an appearance just once, which took place in 2016. He’s now done that in consecutive starts.

The Diamondbacks will surely miss having J.D. Martinez‘s bat in their lineup every night as the season drags on. So far, though, they’re doing just fine, evidenced by a 7-2 record.

Owings has been around since 2013, but he’s just 26 years old and is still trying to establish himself offensively in the big leagues. It looked like that was going to happen last season — through the end of May (204 plate appearances), he owned a 114 wRC+ and .357 wOBA.

However, it all went downhill from there. From June 1st to the end of his year (which was July 30th), his wRC+ dropped all the way down to 53, with his wOBA (.264) also following suit.

Is there much more to say about Ohtani’s first 10 games in the big leagues than this?

Shohei Ohtani is the 3rd player in MLB history to get 2 wins as a pitcher and hit 3 HR in his team's first 10 games of a season.

The skills appeared to be off the charts, but it wasn’t too long ago when we heard people talking about how Ohtani might benefit from starting 2018 in the minors. Spring training stats are typically taken with a grain of salt, but that goes to show just how bad Ohtani’s were.

Hitting just 1 homer in his first 8 games isn’t the kind of dinger pace we’re used to seeing from Hoskins, but everything else has been great. His walk rate and strikeout rate are identical at 20.6%, while his ISO is still at a very healthy .320 off the strength of a .440/.559/.760 triple slash and 242 wRC+.

When a player hits 18 homers in their first 34 big league games, the bar gets raised to an uncomfortable (and unrealistic) level. It’s also worth noting that after hitting his 18th dinger on September 14th, he didn’t go deep again over his final 69 plate appearances (nice).

Taillon followed up a solid first start against the Minnesota Twins with a spectacular outing against the Cincinnati Reds — a one-hit, complete-game shutout that included just 2 walks and 7 strikeouts.

An early trend to keep an eye on are his strikeout numbers. It’s only been 14.1 innings, but he’s struck out 32.0% of hitters faced while walking just 4.0%. Those numbers are supported by a 9.4% swinging-strike rate and 30.6% chase rate.

Similar to Manaea, it was a tale of two halves for Taillon in 2017 (although his season did also include a cancer diagnosis that required surgery). After posting a 2.73 ERA in his first 62.2 innings, the right-hander’s final 71 frames resulted in a 5.96 ERA.

And when we talk about narratives, the same applies to Taillon as it does for Polanco. He’s viewed as part of that next wave of young players who will make up competitive Pirate teams. Even if 2018 ends up being more of a reloading year more than anything else, it’s important to see eventual steps forward from these guys.

Castellanos’ defense at third base has been so bad in recent years that Detroit is now experimenting with him as an outfielder. Since he seemingly can’t contribute much with the glove, his offense is magnified that much more. So far, so good.

One early development the Tigers would like to see stand the test of time is an improved walk rate — after never seeing it get higher than 6.6% in a single season, it’s currently at 10.5%.

The Tigers are in the beginning stages of a rebuild. While they’ve initiated some talks on an extension, there’s still plenty of time for them to decide whether or not Castellanos fits with the organization over the long term.

After needing a solid second half to help boost his overall numbers from last year, it’s important for him to put everything together from start to finish this time around. With defense being an issue, the bulk of his value to any team — the Tigers or someone else — will come at the plate, and he needs to prove he can be a consistent contributor.