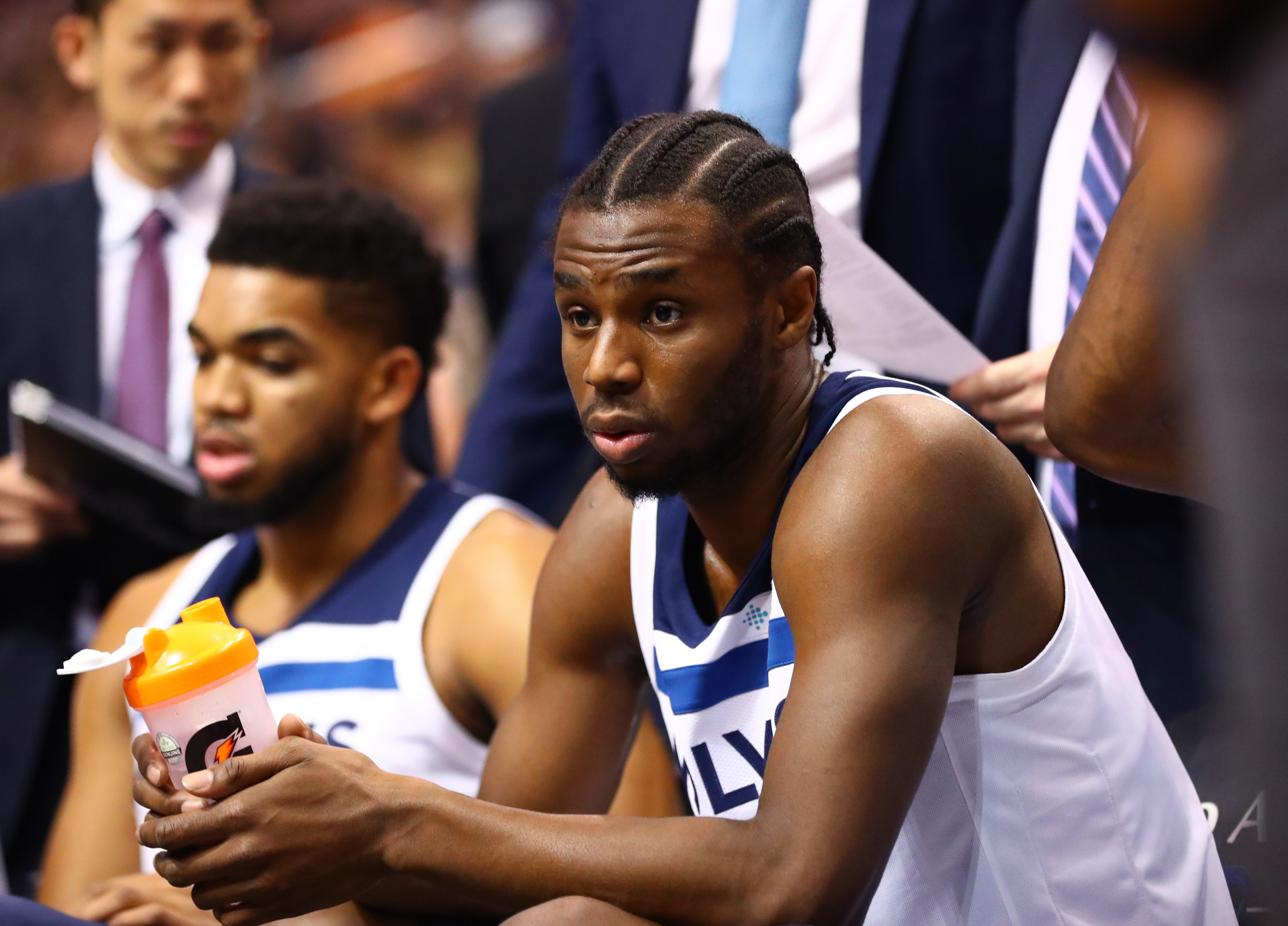 Reporter: You’re this team’s best player, Thibs calls you “MVP caliber.” Are you its most talented?

Jimmy Butler: “Who, me? Hell no, Wigs is. Wigs is the most talented by far. I see him do things and I’m like wow, like how? The crazy part is that was at 40 percent. Just think if you’re 80 percent or what if you just go as hard as you can, 100? Wigs is easily the most talented person on this team.” — Via Minneapolis Star Tribune

It’s frustrating to be a fan of Andrew Wiggins. His talent and athleticism can be trumped only by his inconsistency.

He was drafted number one overall back in 2014 by the Cleveland Cavaliers, but was quickly traded to the Minnesota Timberwolves in the deal that brought Kevin Love to the Cavs. Wiggins was supposed to be an All-Star, a 25 ppg scorer and a franchise cornerstone for the next decade with the Wolves– a franchise in desperate need of direction.

These are the expectations for a number one draft pick.

And for the first few seasons in Minnesota, Wiggins posted decent scoring numbers, albeit empty production as they won only 71 games from 2014-2017. Wiggins and Karl-Anthony Towns, mentored by defensive mystro Tom Thibodeau, were supposed to bring Minnesota into the “new age” of Minnesota Basketball. The young stars were producing, but were unable to win games.