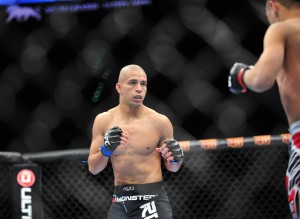 It was a meteoric rise for John Moraga in the UFC, but he hasn’t shown he is able to get past the best of the best in his weight class.