The Nightmare Is Over 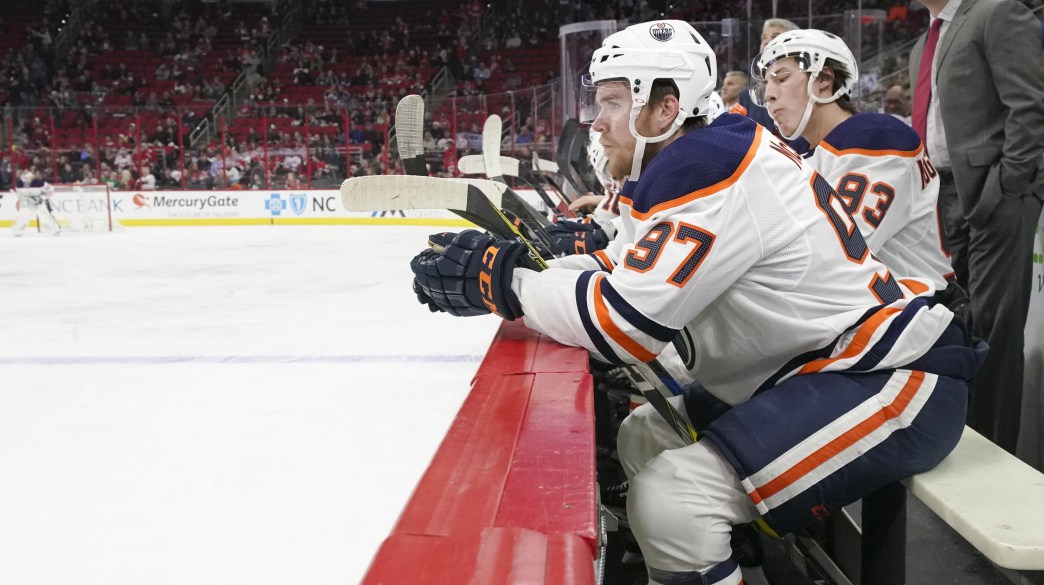 The Nightmare Is Over

Without a shred of doubt in my mind, the most disappointing season in Edmonton Oilers history is finally over. When the horn sounded on Saturday night as Cam Talbot denied Alex Edler to cement the club’s second straight win, the Oilers headed into the summer on a semi-high note.

The feel good vibes from the victory didn’t last long, however, as the dark reality set in that this team was not going to the playoffs. After entering the season as a Cup contender, a team many picked to represent the west, the Oilers walked into the summer with a 36-40-6 record. 78 points, 17 clear of a Wild Card spot.

That reality is beyond disappointing. Is it the worst season in Oiler history? I still think the worst group ever was the 2009-10 club, but this was the most disappointing, frustrating and anger educing season this club has ever produced.

There is no excuse for this group to not be a playoff team, and that point can’t be argued. With the best player in the world on the best value contract in sports, winning a scoring title, you should be a playoff team. Edmonton was on a different planet than the playoff teams this season.

The group’s management failed miserably. They put an inadequate roster on the ice that was woeful on the wings, poor in goal and not deep enough on defense. They failed to fill any holes until it was far too late, and misplayed last summer in an epic way. Peter Chiarelli and his group deserve a ton of blame.

The group’s coaching staff failed miserably. They failed to make adjustments on a nightly basis, were stubborn with roster and lineup decisions, and put forth one of the worst powerplay/penalty kill duos with ample pieces to work with. Todd McLellan and his coaching staff deserve a ton of blame.

The group of players failed miserably. This was a group of players that simply didn’t bring it on a nightly basis and were far too indifferent far too often. It’s a group that looked lost most nights and that seemed either uninterested or too soft to bounce back when something went wrong. This group of players deserves a ton of blame.

When you fail the way Edmonton did this season, falling so short of expectation, everyone deserves blame. Point blank, from Chiarelli all the way down, this group underperformed and wasted a prime opportunity in a weak Pacific Division.

I’ll post my shopping list for GM Peter Chiarelli later this week, but for now I think it is good to take a look back at the holes that plagued this team all season long.

The Oilers didn’t get what they were hoping for from Cam Talbot, but they still won 31 games with him out there. The club’s lack of an NHL-level backup goaltender hurt them, and will need to be addressed this summer.

Offense from the blueline simply wasn’t good enough. Injuries to Oscar Klefbom and Andrej Sekera without doubt played a role here, but overall this group doesn’t have an offensive threat. They’ll need to find one, ideally a right-shot who can play on the second-pairing behind Adam Larsson.

Rising From The Ashes:

The good thing about this lost season is that there is absolutely a chance this Oiler group bounces back next season and looks more like the 2016-17 group than the 2017-18 edition. Would anyone be surprised if the Oilers made the playoffs next season? With a few tweaks I think they will be back in the dance a year from now.

Bottom line is, this is still a great core group. Connor McDavid is the best player in the game, while Leon Draisaitl hit 70 points yet again. Ryan Nugent-Hopkins, Oscar Klefbom, Adam Larsson, Cam Talbot and Darnell Nurse is still a group that I believe in.

If the Oilers can add a couple wingers and a defender, they can contend again next season. It won’t be easy, the cap is going to be hell to navigate, but it is possible.

The core group is there, but Chiarelli or whomever is managing this group must do a better job of surrounding that group with better players. Hopefully they can do that this summer.

I think everyone will agree, this was an extremely frustrating season that never should have happened. The Oilers miscalculated what some of their young players could do and miscalculated the mix of their roster. They are paying heavily for those mistakes right now.

This thing isn’t completely lost, but it needs work and it can’t afford another summer of bleeding talent. This is the fork in the road for the Oilers. They can either learn from their mistakes or continue down a dangerous path. It’ll be very interesting to watch over the next few months.

The nightmare is over. The 2017-18 Edmonton Oilers season can now rest. We’re onto to the summer and turning this thing around.