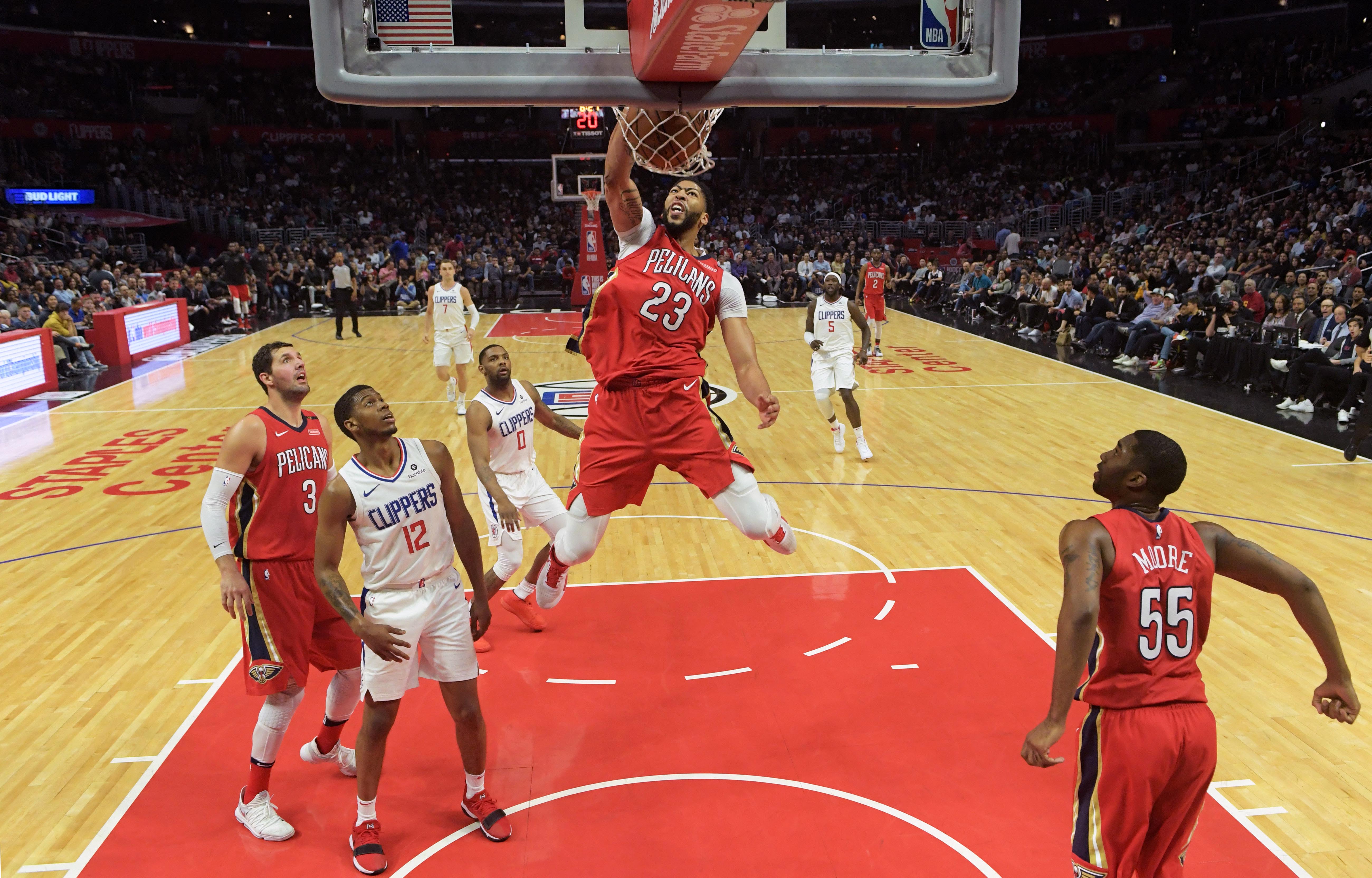 Los Angeles, CA– The New Orleans Pelicans took on The L.A. Clippers in the last of a three game road trip to the west coast. The Pelicans looking to clinch a playoff trip the first time since the 2014-2015 season.

The Pels were on point in this game. They shot the ball with fluidity, confidence & rhythm. New Orleans was never in any danger of losing and was even at one point up as much as 21 points. The Pelicans won every quarter that mattered and by the time the final period came the game was out of reach for The Clippers.

Anthony Davis led the Pels with 28 points 6 boards & 5 blocks on 11-22 shooting(fg) in 35 minutes. He and Rondo had a few electrifying passes that entertained the crowd.

Behind AD was Nikola Mirotic who continues to be playing on another level since shaving his beard & being inserted into the starting line-up. Mirotic scored 24 points & racked up 16 rebounds in 34 minutes of action.

The Pelicans shot 46% from the field & 37% from downtown against The Clippers. The Pels did lose the rebound and points in the paint battle with L.A. but won everywhere else statistically. The most impressive stat of the game for me was that fact the Pels held their turnovers down to just 8. That’s the second straight game where New Orleans has held their turnovers down to single digits.

The Pelicans close out the season series with The Clippers 3-1 and the game beating them 113-100 clinching a playoff berth.

New Orleans(47-34) has clinched a playoff berth and are currently sitting in the 5th spot in the Western Conference Standings. The Pelicans finish their 3 game road trip in excellent fashion with a 3-0 record. They now return home for the final game of the regular season against a red-hot San Antonio(47-34) team right on their heels.

The Pelicans looked really good the last four games as they are on a 4 game winning streak.The defense is better, they’re keeping the miscues down and the three ball is falling for them.

The bench is looking good as well, guard Ian Clark returned from an ankle injury & picked up where he left off by contributing 13 points with 6 assists.

New Orleans have to finish strong with a win versus a dangerous San Antonio team & get some help from #2 Golden St whose playing #4 Utah to have a shot at getting home court in round one.