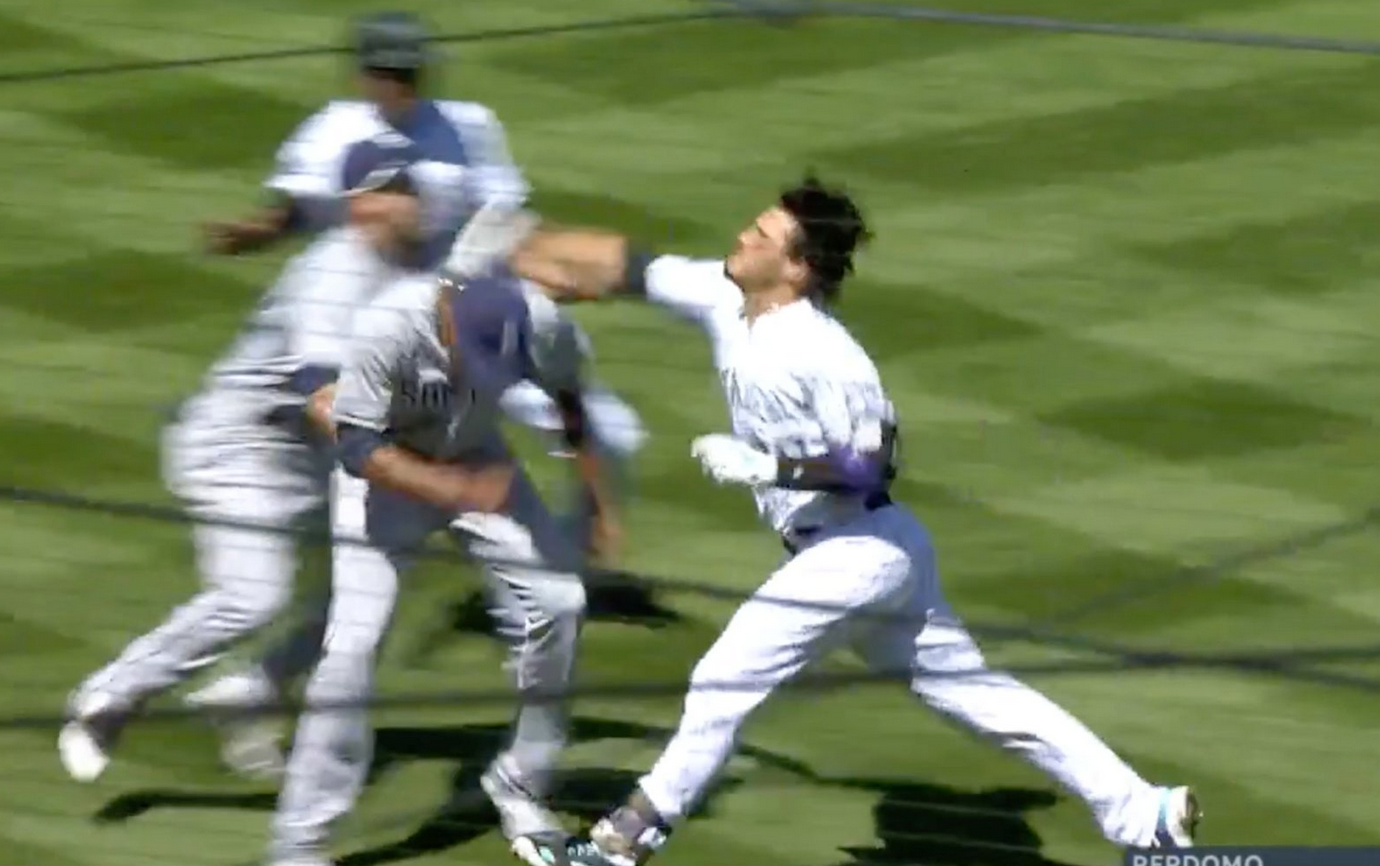 Wednesday’s game between two division rivals featured plenty of fireworks in the third inning, and a benches-clearing brawl broke out as a result.

It happened after Padres pitcher Luis Perdomo threw behind Rockies third baseman Nolan Arenado, which didn’t go over well. Arenado then charged the mound, which prompted Perdomo to throw his glove at the Rockies star. That accomplished nothing, as Arenado then threw multiple punches at Perdomo, who was backpedaling at the time.

A brawl erupted on the field after that, with players from both teams getting into it.

Benches clear, punches thrown in Padres-Rockies game with Nolan Arenado and Luis Perdomo in the center of it. pic.twitter.com/6cItcDc8Td

ESPN’s Buster Olney offered a reason as to why Perdomo may have thrown behind Arenado, which sparked the brawl.

Nolan Arenado charges the mound after a chest-high pitch is thrown behind him. Pretty nasty bench-clearing incident, as far as baseball stuff goes. Manny Margot hit last night, and Arenado assumes (apparently) this was retaliation.

Multiple players were ejected as a result of the fight.

Arenado usually keeps his cool on the field for the most part, so him charging the mound and throwing punches was quite unexpected.